Sweet Or Sacrilege? – REC Is Launching A New Watch Made From Salvaged 911s 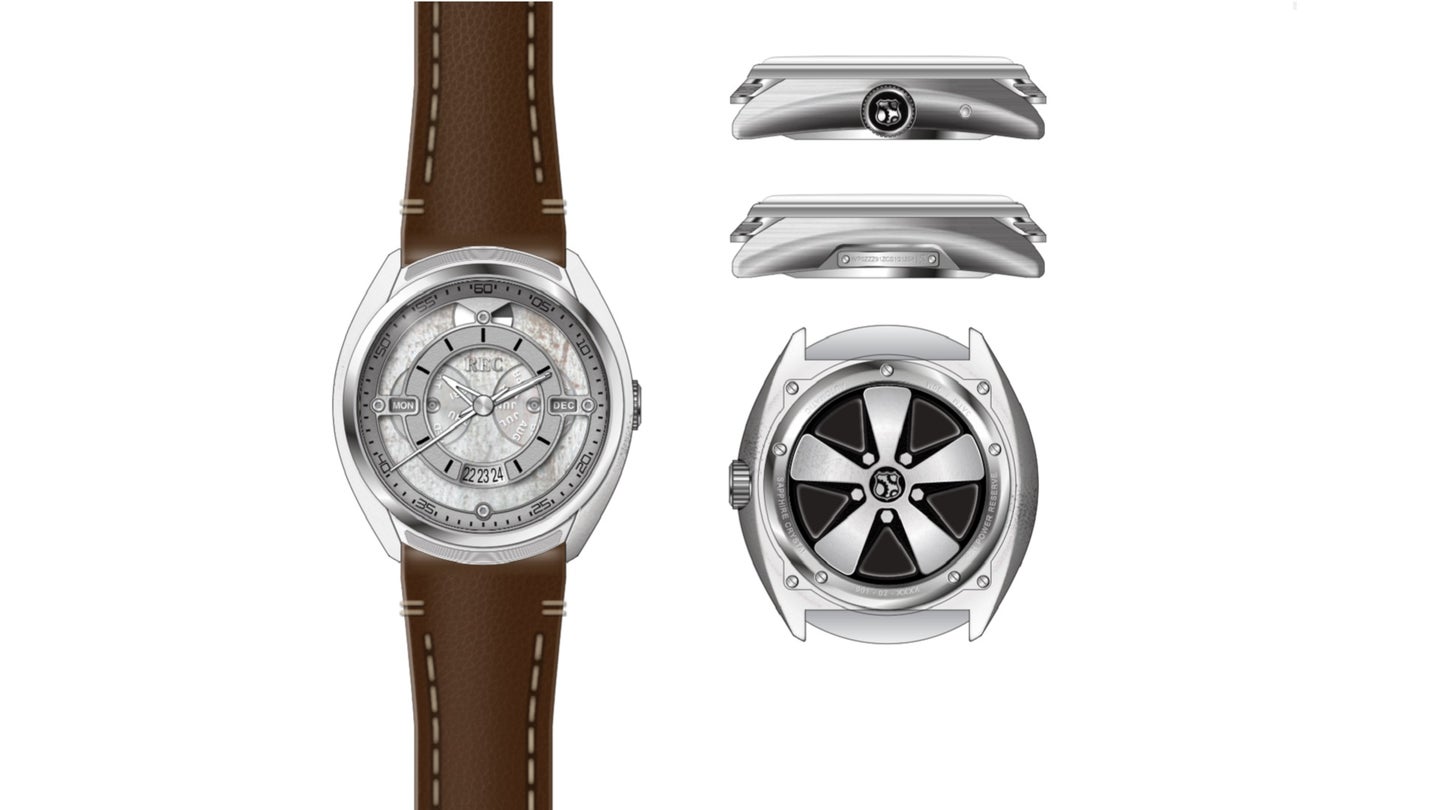 The Danish watch building company "REC", derived from reclaimed presumably, has apparently been working on a series of 911-inspired watches that use actual 911 sheetmetal to create the watch face. This is certainly an interesting project, but we can't help but hope the sheetmetal is taken from a cast off old fender that went unused in the course of a restoration, rather than cutting up a decent body to bring this project to fruition. All of that said, the 2D concept drawings REC sent us certainly look cool enough to catch a Porsche enthusiast's interest.

There are some bits to this design that evoke the original 911, including the Fuchs-style rim design on the back of the case. The engine lid grille detail near the strap on either side of the face is a nice touch. Of course, the hands on the dial are similar to Porsche's iconic VDO gauges, and the seconds hand indices around the outer dial are meant to ape Porsche script. Perhaps our favorite little easter egg is the inclusion of a VIN tag on the side of the case opposite the winding knob. Their marketing material also claims that the design of the case is itself inspired by the 'soft corners and smooth design' of a 911, but we're not sure how much we're buying that one. The design image shown above is just one of a few color palates that may reach production, and we've been told the drawings are for "production purposes" and will be used as a guideline in the final product.

The watch itself seems like a pretty solid piece, using a fluid Miyota 9100 Automatic movement featuring the standard seconds/minutes/hours as well as day/month/date display. The face is 37mm, which is a little smaller than the current vogue for a men's watch, but continues the vintage theme as a smaller face is generally more traditional.

As it turns out, if Porsche isn't your only passion, REC Watches also makes models with vintage Ford Mustang and classic Mini salvaged parts, and they're currently discussing the next project with potential upcoming models with Willys Jeep or Alfa Romeo Duetto inspiration. So what is your take on this timepiece project?