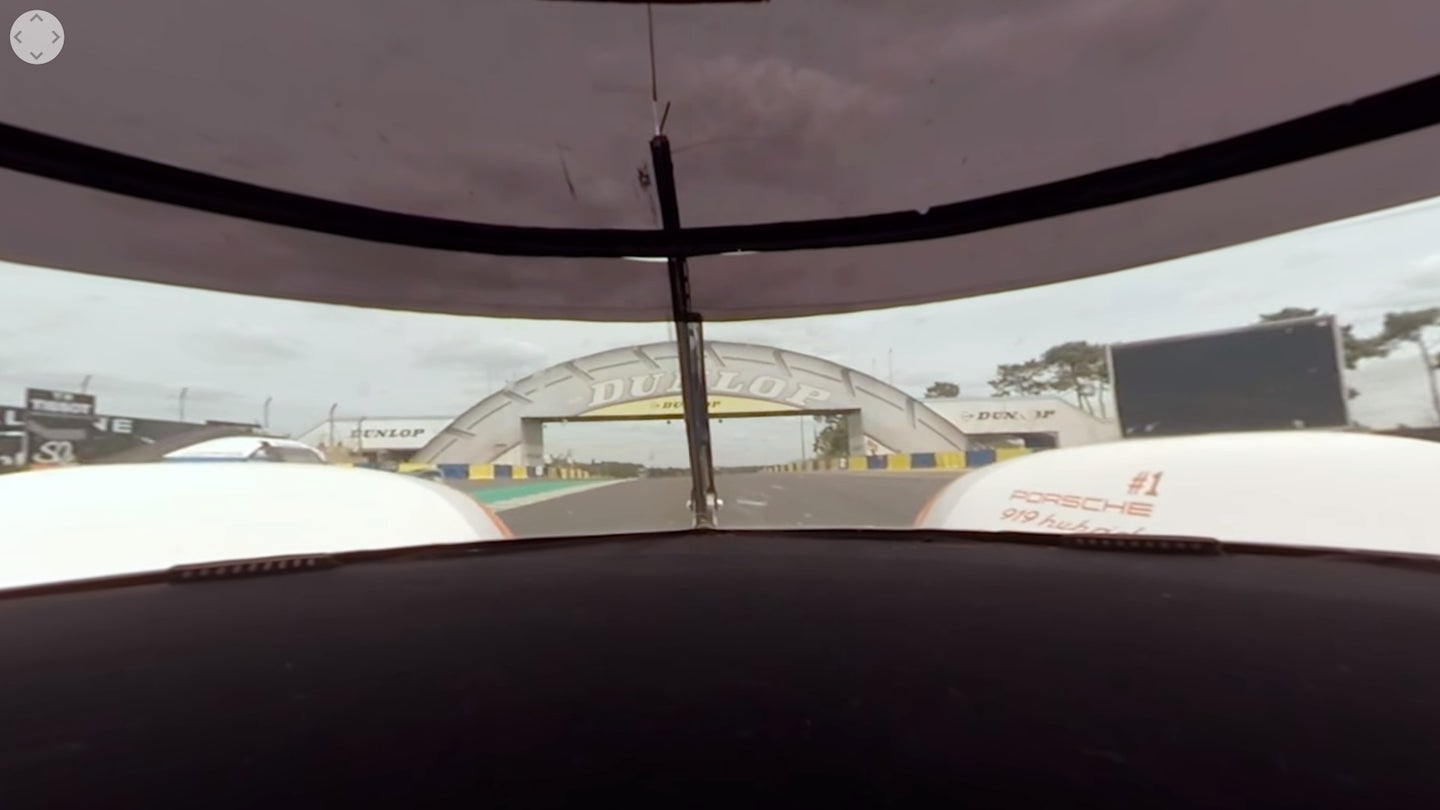 If you've ever wanted to go on board Porsche's 919 Hybrid to see what a full lap of Le Mans is like, now is your chance. In fact, with this video from Porsche, you'll be able to see even more of the car and the circuit than Marc Lieb can from the driver's seat, because they've given us full 360-degree access to the cockpit of the car. There are a lot of videos shot on 360 cameras that seem superfluously unnecessary, but this one absolutely deserved to be made. Le Mans is a legendary circuit, and the 919 Hybrid is now a repeat Le Mans victor, hoping to repeat this weekend. There is no better opportunity to see this track.

Marc Lieb knows this circuit well, as he was a part of the race winning team in 2016. This year he has been relegated to the team's reserve driver position, and will not be taking part in the 24-hour race, unless something very unfortunate happens to one of Porsche's 6 drivers over the course of the next few days. During one of Marc's practice laps last week, Porsche strapped this camera contraption into his car and let him loose for a sighting lap of the circuit, leaving the garage, going for one full lap of the circuit. At the point where the car crosses the finish line, they cut the video, and end with Lieb pulling into the pits at the end of his test run.  Throughout the video, Lieb is walking viewers through a full lap of the track, letting them know some information about how the circuit is laid out, and how he uses the 919 Hybrid's assets to his advantage. It's a good video to get you amped up about Saturday's race start.

Not only an on-track 917, but lots more to see from the Grand Prix de l’Age d’Or