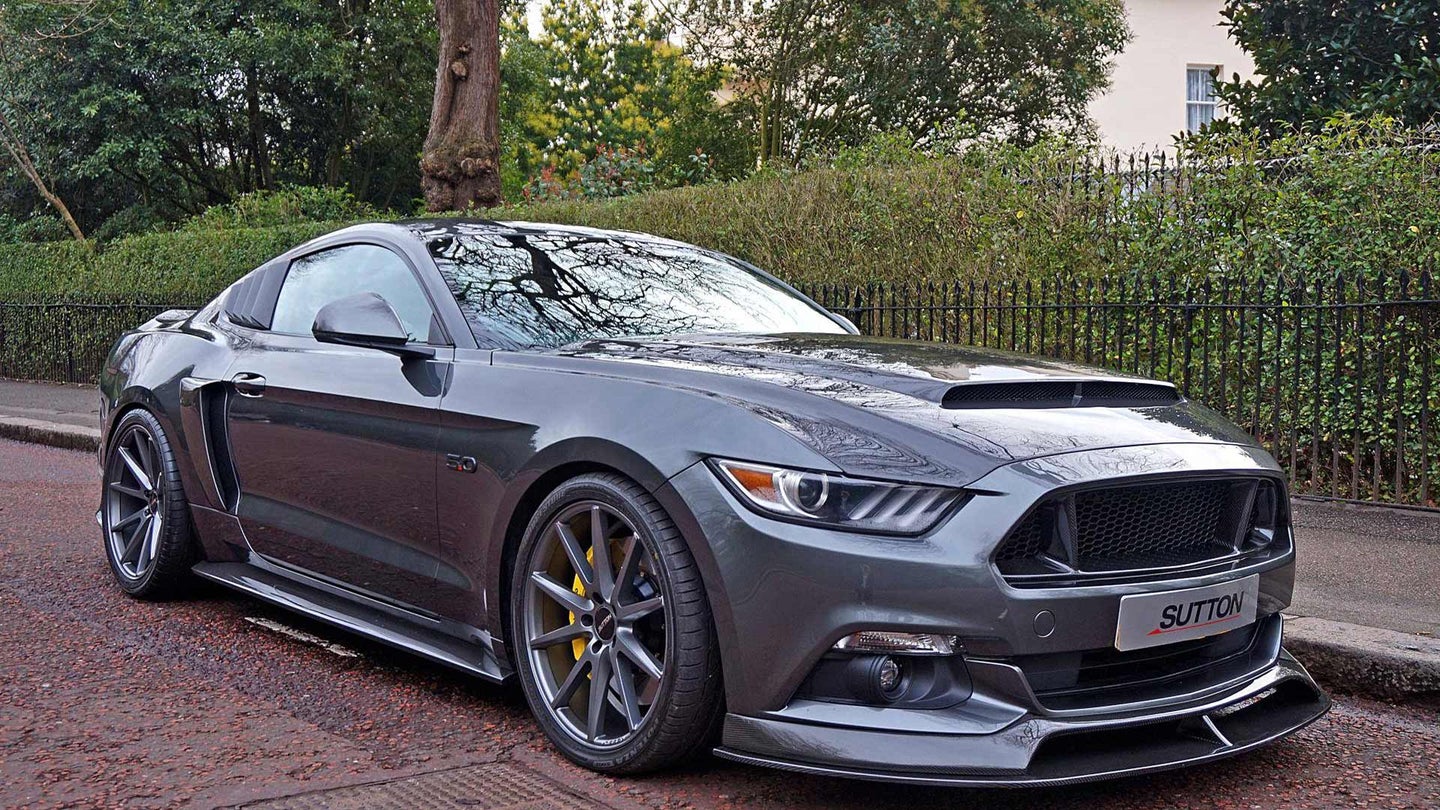 The Ford Mustang has gained popularity across the pound, but traction in the enthusiast community has really skyrocketed over the past few years. More than 20,000 Ford Mustangs have been sold in Europe since 2015 and enthusiasts seem to be enjoying the American muscle.

However, just like us Americans, Europeans have a desire to go fast and, of course, you need more horsepower in order to do so. Fortunately, Sutton Bespoke Mustang in London, England have begun supercharging 5.0-liter V8 Mustangs to 800 horsepower.

According to reports, the Sutton CS800 Mustang has quite a bit of performance modifications under the hood. Right out the gate Sutton slaps on a Stage 2 Whipple supercharger followed by a bigger intercooler, new injectors, larger throttle body, new exhaust, and even adjustable suspension.

For additional feel, Sutton has opted to throw carbon fiber accents into the interior of the vehicle as well as exclusive Ford Performance Recaro seats. On the exterior, Sutton has installed aggressive aero kits, including side skirts and a large front fascia to give the Mustang a sinister look. If all this suits your fancy, expect to pay £65,000 ($83,284). This may seem like a lot of money but the Ford Mustang already costs £38,690 ($49,558).