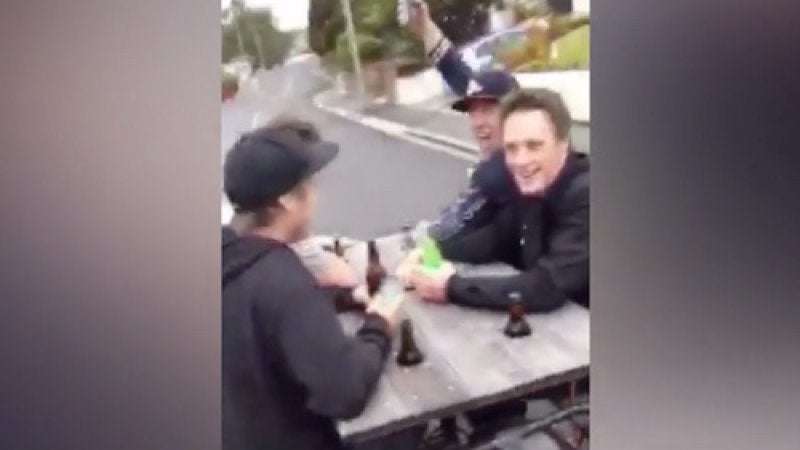 Last week, a New Zealand man faced the courts on allegations of drunk driving—an unfortunately standard-enough crime—but the vehicle he was piloting was anything but. Driving a motorized picnic table, the man was charged with a fee of $750 (NZ) and had his license suspended for six months as a result of the incident.

You can catch the footage of the incident here at NewsHub that captures the whole thing. Not only was Bovey the pilot of the odd vehicle, he was also the one filming the event. You can see how strange the contraption is, incorporating not only an engine but also built-in beer holders—at this point, they're only asking for trouble.

When Bovey was stopped by the police, he was issued a breathalyzer test that came back with a result of 678mcg per liter, well over the legal limit 400mcg per liter. He claims that he wasn't driving the vehicle at the time, but he was instead pushing the table up the hill after leaving the bar with his pals.

NewsHub reportedly reached out to the police, though they haven't heard back with an official response. ''It was a bad idea getting it in the first place,'' Bovey told the Otago Daily Times. ''I had my fun, got in trouble, sold it.''

A nerve-wracking traffic stop quickly turned into a happy moment.