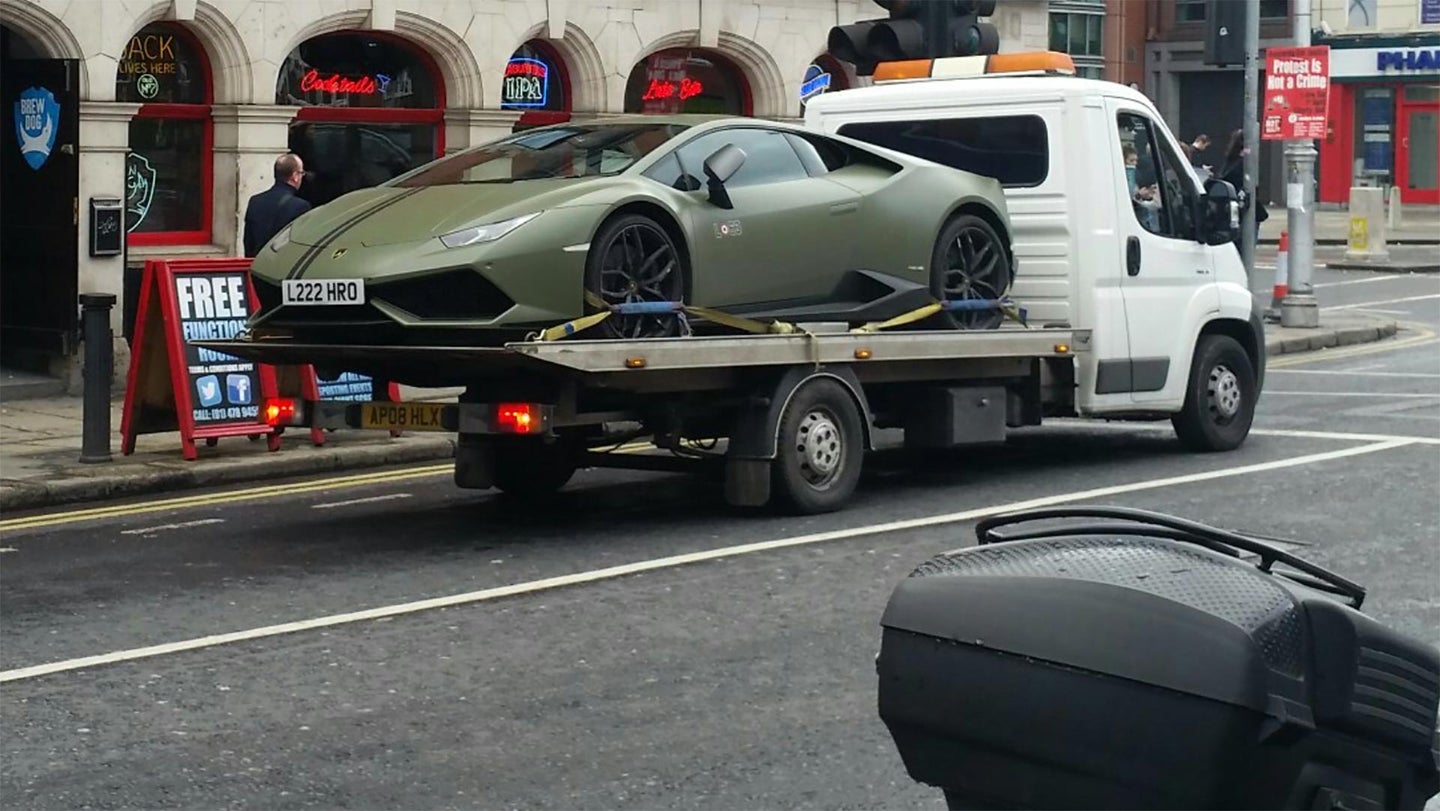 MMA fighter Conor McGregor may be a force to be reckoned with in the cage, but apparently, he isn't quite such a master of Dublin, Ireland’s parking regulations. Images have been circling around social media of Conor’s olive-drab Lamborghini Huracan Avio on the back of a tow truck in Dublin.

According to McGregor, this is the only Huracan Avio in Ireland, so it is safe to assume the one seen on the back of this tow truck is in fact his.

Apparently, McGregor wants to spread the wealth (literally), and become a ultra-luxury car salesman in Ireland. McGregor told The Sun he is teaming up with Britain’s H.R. Owen in order to helpbring million dollar cars to Ireland. This has not sat well with fans, as they feel (somewhat obviously, in this writer's opinion) that few people can afford million dollar cars. Still, McGregor has never been one for caring about what other people think, so we at The Drive wouldn't be shocked to see this venture become a reality soon.

McGregor’s Lamborghini Huracan Avio is powered by a monstrous V-10 making 610 horsepower and 413 lb-ft of torque, resulting in a 0-62 mph time of just 3.2 seconds. Or, in other words: Yowza.

Yer man was deadly on a bike.