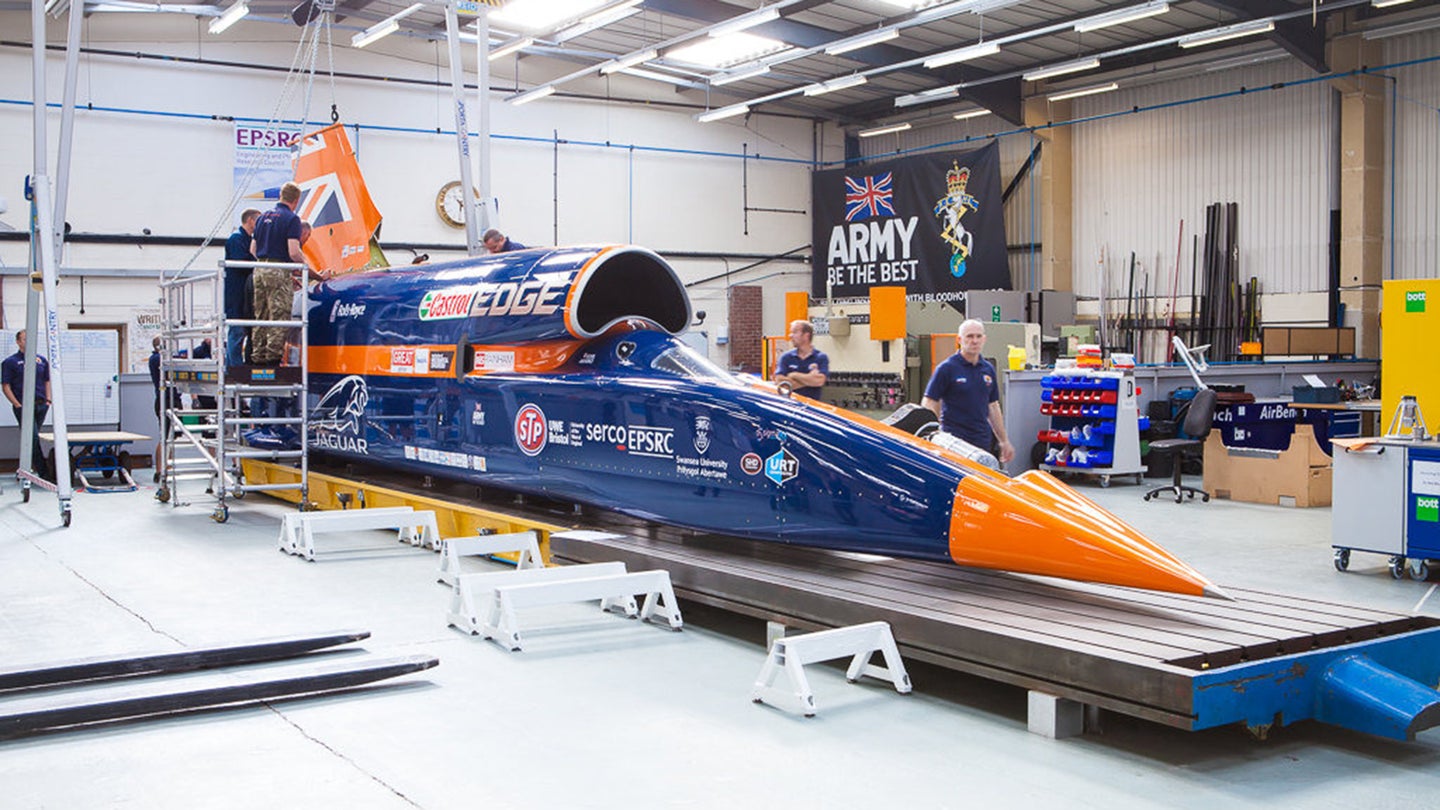 It seems the supersonic car won't be breaking through the sound barrier this year after all. The Bloodhound SSC's planned 800-mile-per-hour run has been pushed back yet again—this time, to 2018, according to the team behind the endeavor.

According to the BBC, the team behind the British supersonic car is dealing with "short-term cash flow problems."

"The money is coming in but it doesn't always match our planning and fit with the times when we need it," Bloodhound director and former land-speed record holder Richard Noble told the BBC.

The Bloodhound endeavor already counts Geely, Castrol, Rolex, STP, and Rolls-Royce (the engine people, not the luxury car folks) amongst its sponsors. Noble said he's currently also working on finalizing sponsorship deals with a major fashion label and a large information technology company—but that the process of formalizing and finalizing deals can sometimes leave Bloodhound cash-strapped for periods of time.

"I'm reasonably happy now that we'll be able to make our budget this year, which is great," he told the BBC. "That means we will be on the desert, running the car, probably in mid-summer 2018."

In a statement on its website, Bloodhound said it plans to begin testing the car at Britain's Newquay Aerohub later this year, ahead of next summer's high-speed blasts on a dry lake bed in South Africa.

On the bright side, pushing the schedule for the next run back means the team has additional time to squeeze more power out of the jet-and-rocket-powered car. According to the BBC, the Bloodhound gang wants to eke a little more power out of the engines, just in case the SSC turns out heavier than original estimates predicted. Besides, it's far better to be the guys who accidentally went 1,001 mph than the ones who got stuck at 999.