London's Metropolitan police are treating the incident, which also involved a stabbing, as a terrorist attack. 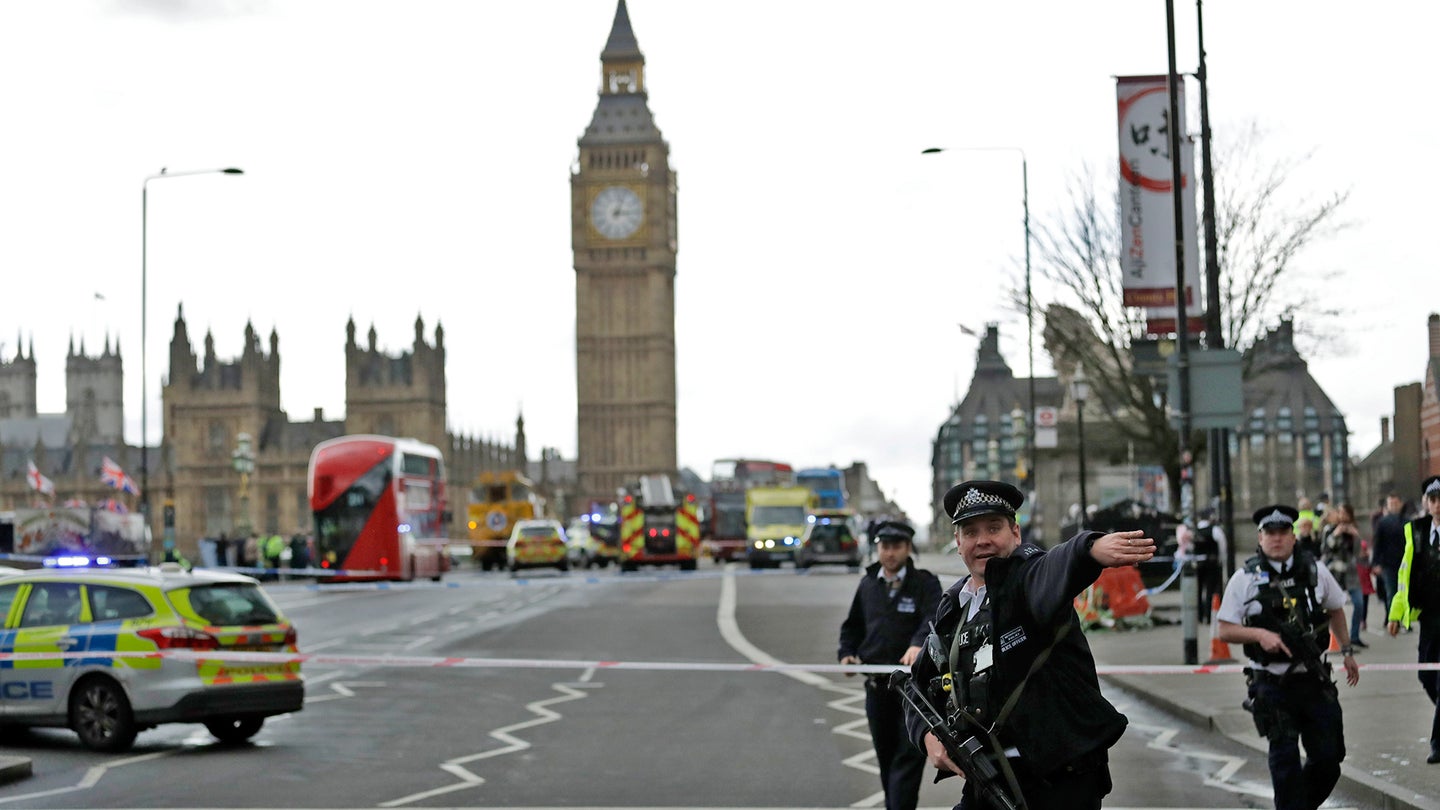 A large vehicle reportedly ran down several people on London's Westminister Bridge near the British Parliament sas part of what the city's police are describing as a "terrorist incident." One woman was killed and as many as a dozen injured, according to the BBC.

The apparent attack also involved a man stabbing a police officer outside Parliament before being shot by other officers, according to major media reports. It's not yet known if the man who stabbed the officer was the same one driving the vehicle across Westmininster Bridge. Investigators are looking into the connection between the two, according to The Washington Post.

A photograph on CNN's website appears to show a Hyundai sport-utility vehicle crashed into the fence outside the House of Parliament.

The incident, which occurred at around 2:40pm local time, prompted the immediate lockdown of the British Parliament, keeping dozens of MPs inside. A nearby station on London's Underground subway system was also closed. The BBC reports that Prime Minister Theresa May was spirited into a silver Jaguar as the gunfire broke out.

London's Metropolitan Police issued a brief statement about the incident on Twitter.

Eyewitnesses told The Telegraph about what they saw on the bridge during the attack.

The Drive will update this post if more information arises.