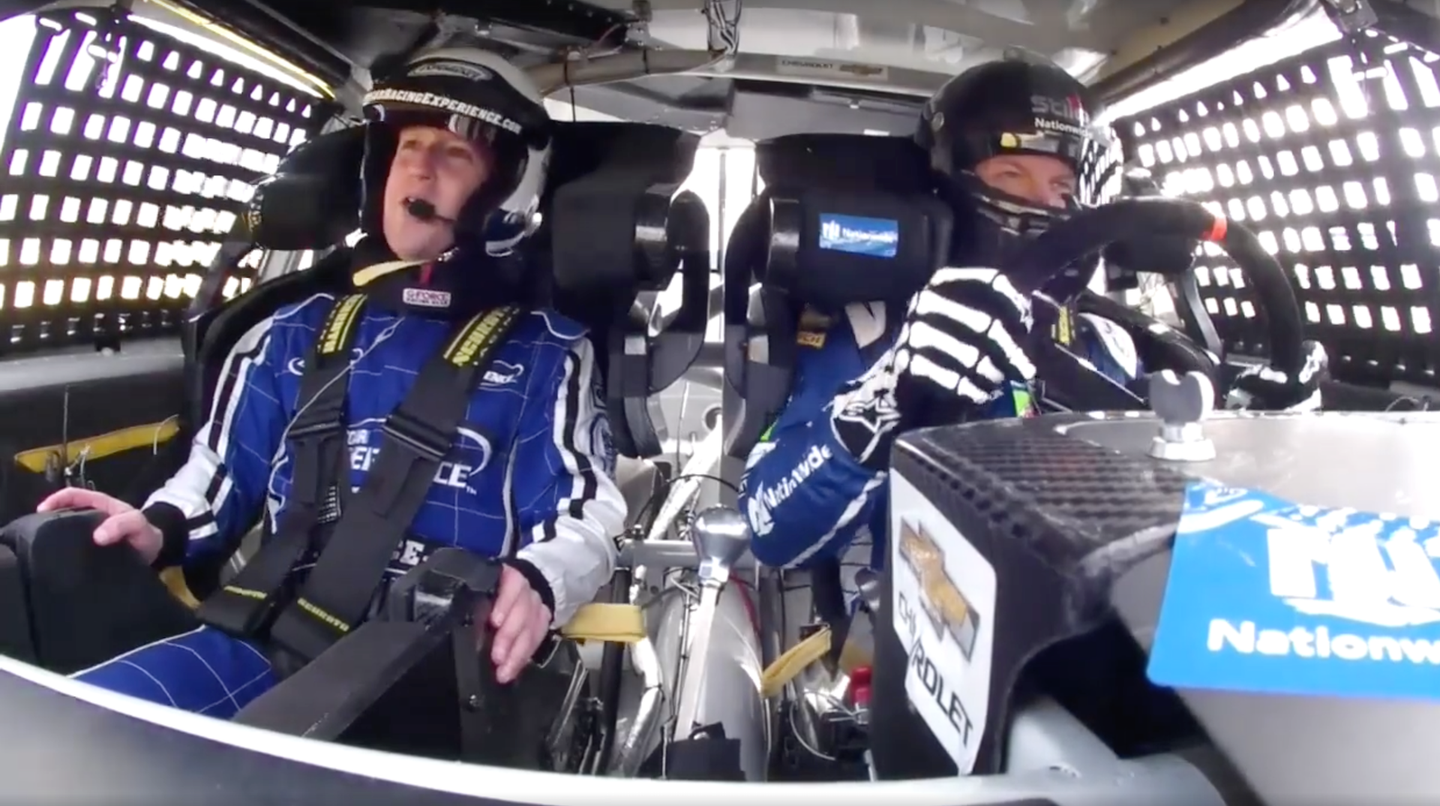 Leave it to NASCAR country to give a billionaire an experience he won't be able to forget: As part of a nationwide tour, Facebook founder and CEO Mark Zuckerberg landed in North Carolina and got taken around the Charlotte Motor Speedway by none other than Dale Earnhardt Jr—and then eventually drove a few laps himself.

Though the actual driving action doesn't start around the 11:30 mark, the beginning of the video explains what Zuckerberg is on about; this project is about exploring different communities and the people who make them up. Earnhardt Jr. gives an articulate response about what the NASCAR community means to him, likening himself to a fan in his own way and how the drivers in NASCAR have gotten closer throughout the years.

Once Dale Jr. and Zuckerberg strap in and exit the pits, Dale pins the throttle and the Silicon Valley legend goes silent. A few seconds later, the first words to come out of his mouth are "holy shit!" After some high-speed laps, Zuckerberg then gets behind the wheel and, to no one's surprise, takes things quite gingerly.

Check out the clip below to see the full experience.