Connecticut State Police are reporting the driver had to be extricated. 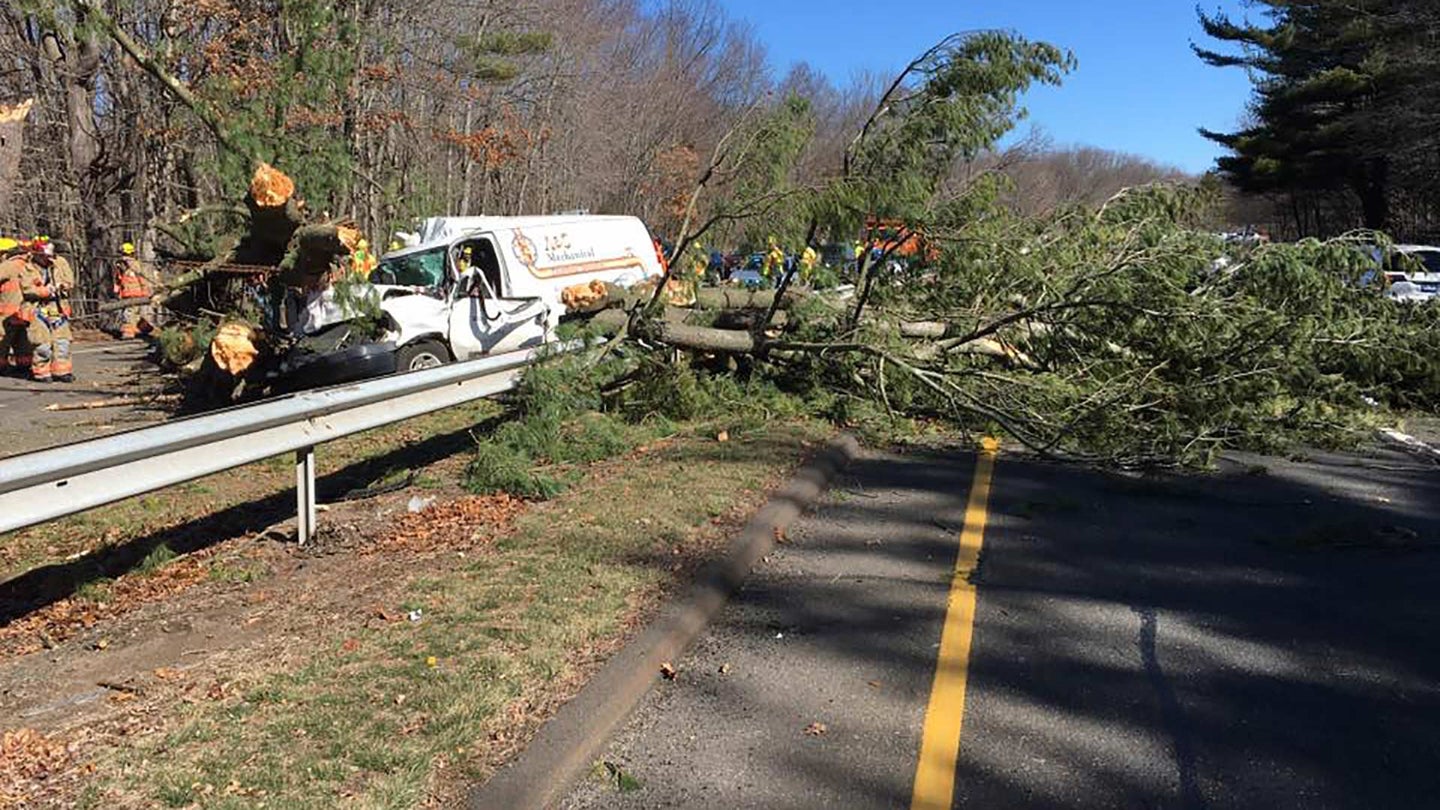 According to the Connecticut State Police, a commercial van was operating on the Merritt Parkway Southbound near exit 58 in Orange, CT, when a massive tree came down due to high winds. Since the Merritt Parkway was constructed in 1938, nearly all of it is lined with very tall—and very old—trees. From what we can tell, the van operator was unable to avoid the tree as it fell directly on top of the van, crushing both the driver and passenger side (more severely).

The Connecticut State Police’s Facebook page indicated that the driver had to be extricated from the van by the local fire department and they sustained injuries during the accident.