What Would You Do With an Untouched Military-Grade Off-Road Chassis?

Whatever you decide to build, it will probably outlive you. 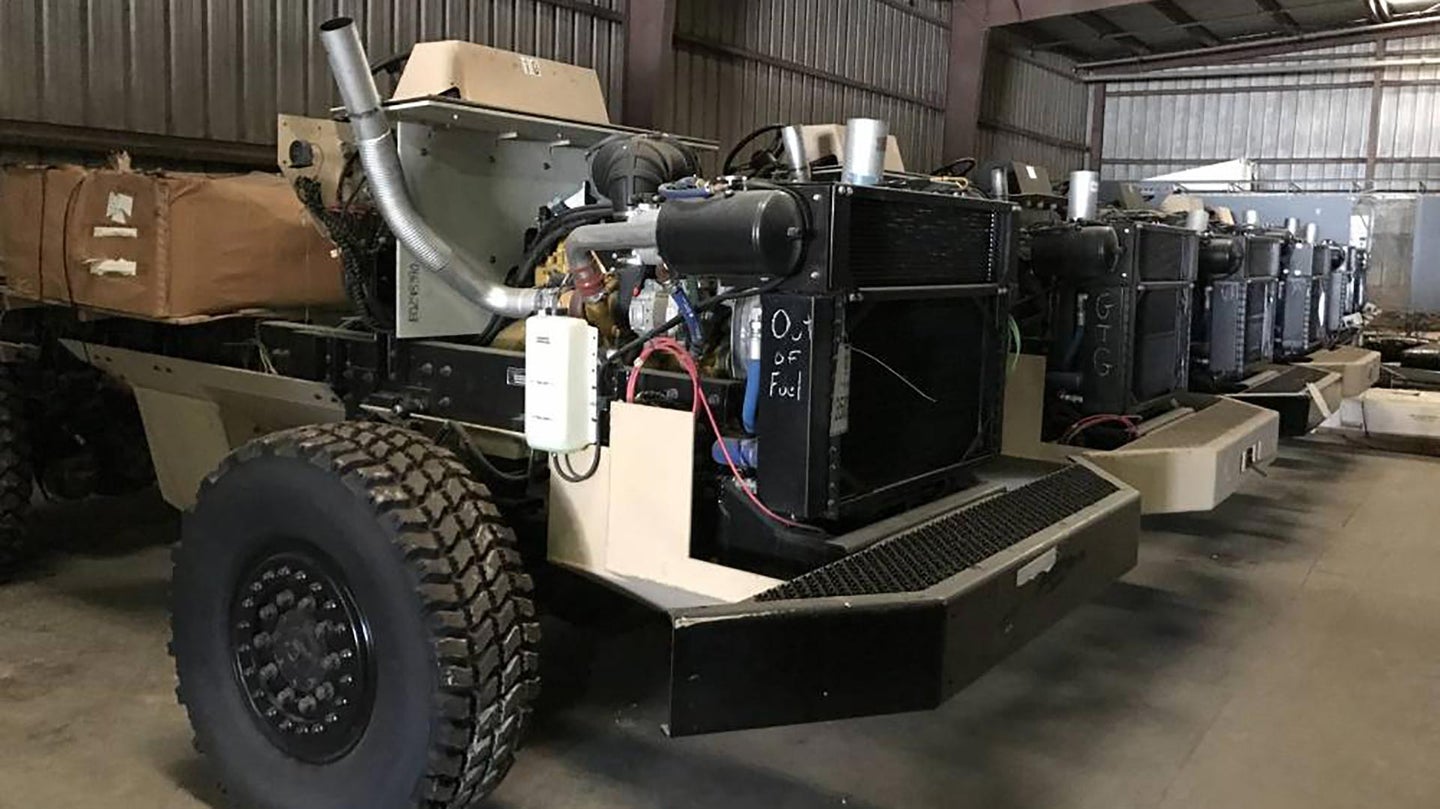 Spending countless hours trolling the internet for good automotive deals, always eventually leads to some pretty weird finds. Fortunately for you, that translates into articles for your entertainment. Recently, Hemmings posted a “2008 Jeep Diesel Caterpillar” add so we felt obligated to investigate further. Apparently, a dealer in New Jersey is selling six 2008 Seagrave chassis with Caterpillar engines. Initially purchased for a military contract that fell through, these “Jeeps” have sat stagnant for over eight years hoping to be used.

From the pictures provided, it looks like these vehicles were going to be used in some heavy-duty capacity such as MRAPS or armored personnel carriers. Whatever their intended use was, the equipment is impressive. Each truck has a 3126 Caterpillar Turbo Diesel engine good for 330 horsepower and 800 pound-feet of torque coupled to a five-speed automatic Allison transmission. The power is then distributed through Meritor axles and eventually military-grade Hutchinson run flats.

With bones like this, you could build everything from an extreme off-road RV to the most badass tow rig. But whatever you decide to build, you better know a good fabricator.

Tell us what you would build in the comments below.