Mercedes-Benz GLS-Class Brake-Checks Honda Accord, Sends It Flying Into Barrier 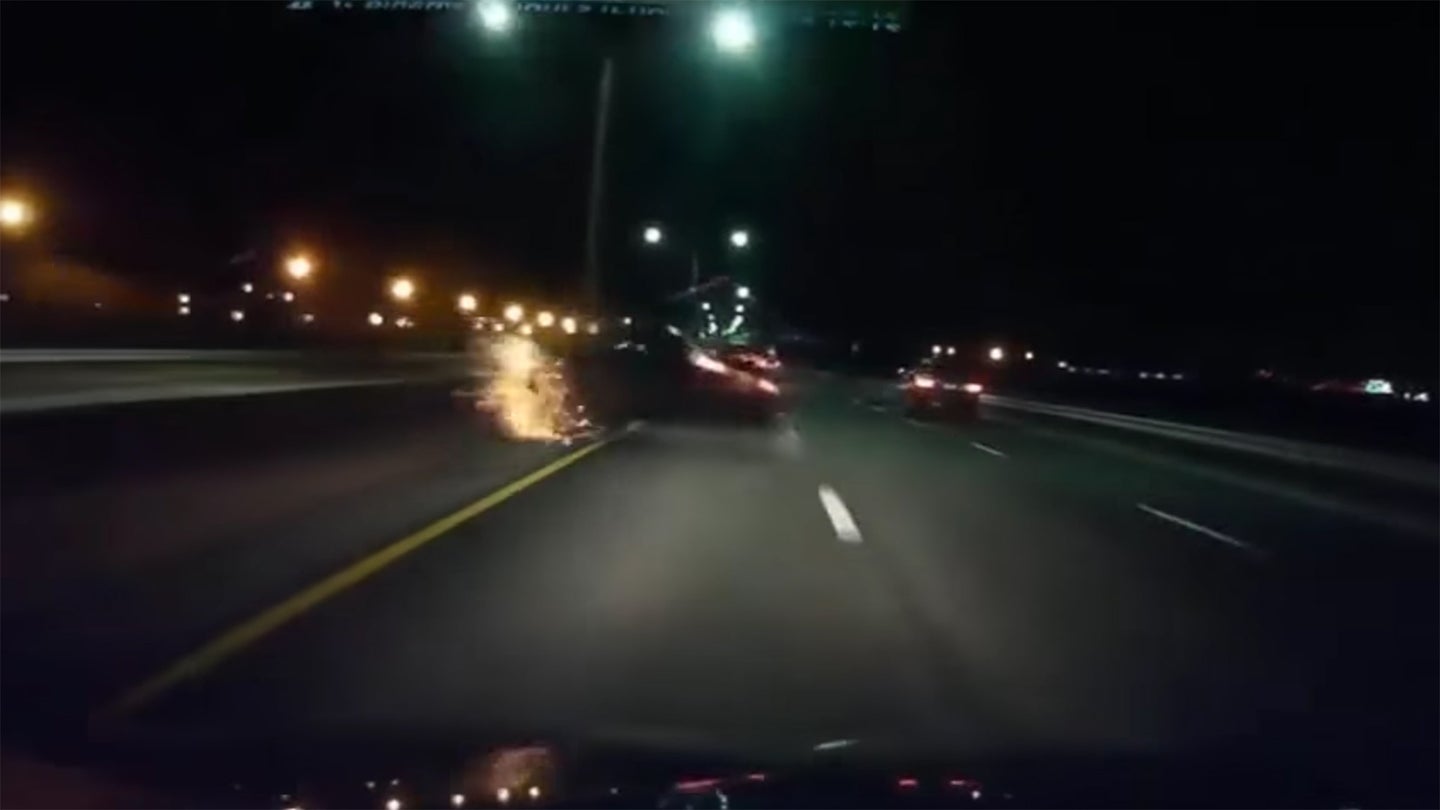 This should go without saying, but tailgating another car is obnoxious, dangerous, and serves exactly zero purpose. Yet people still do it and it usually still results in either additional road rage or some form of traffic accident.

Thanks to the addition of dash cams to many vehicles, the general population has been able to see more of these events than ever—and hopefully learn from them. For example: In this video from New York City, a Honda Accord tailgating a Mercedes-Benz GLS-Class winds up in trouble when the Mercedes brake-checks the Honda.

And that's why you don't tailgate in New York City

Startled by the brake check, the Honda jerks the wheel to the left, causing the vehicle to lose control. At first, the Honda escapes any collision but eventually gives in to its tank slapper and slams into the Jersey barrier.

Adding insult to injury, the Mercedes-Benz doesn't appear to stop or even slow down after the collision.

Hopefully both parties learn from this incident and leave their tailgating and brake-checking days behind them.