If you plan on parking at a Tesco, Halford’s, or McDonald’s, better make sure you stay between the lines. 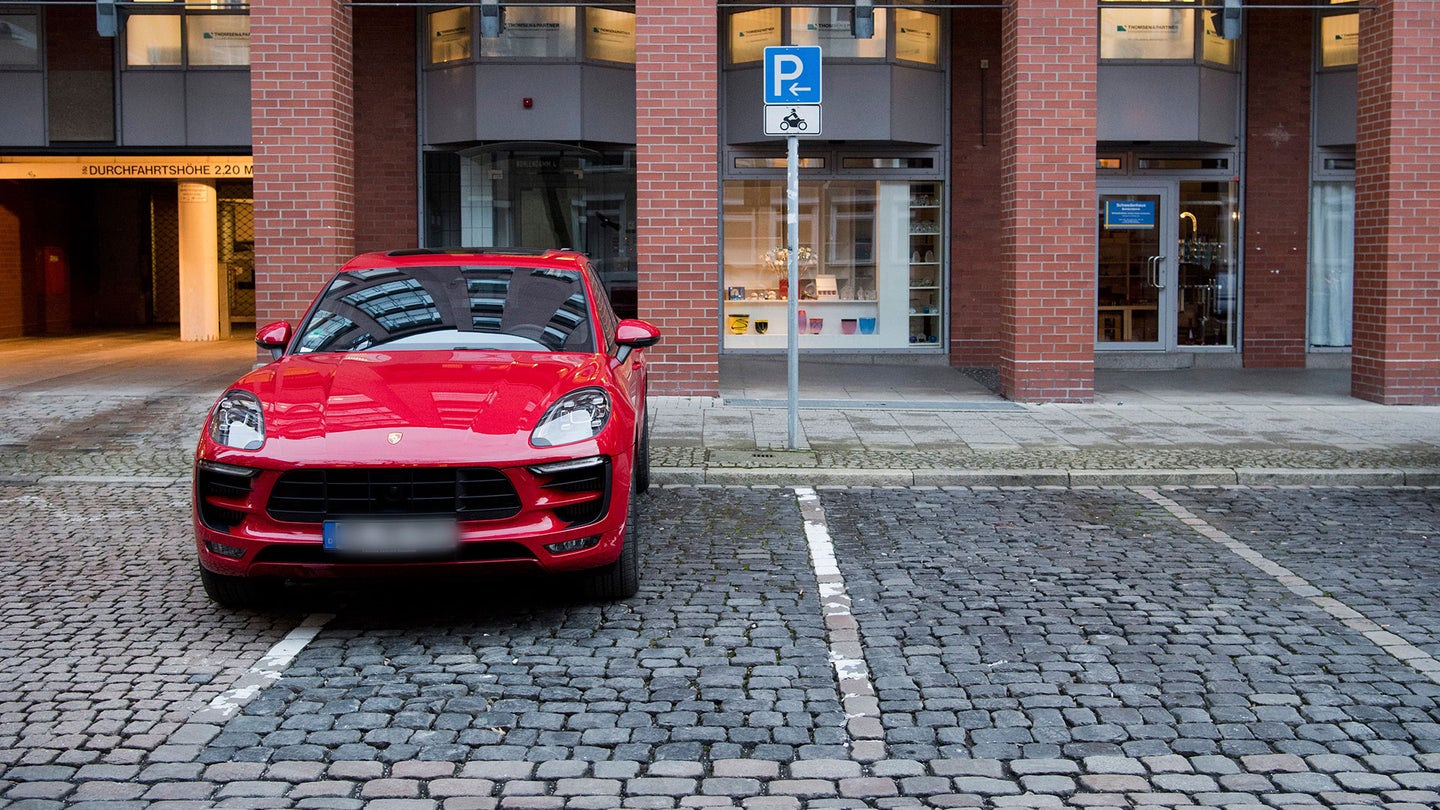 Even in these tumultuous times here in the United States, every so often, a story comes along that reminds us how nice it is to not be shackled to Great Britain anymore. Case in point: A company in our former parent state has begun offering bounties to vigilantes who use an app to report anyone who doesn't park the way John Bull approves of.

The money comes from the UK Car Park Management corporation, which runs car parks for the likes of Tesco (the European Costco), Halford's (think Dick's Sporting Goods crossed with Auto Zone), and McDonald's (if we have to explain that one, you're beyond help).

To collect their £10 bounty, smartphone users simply need to snap a picture of an illegally-parked car and upload it with the car's registration number using the UK Car Park Management app. The company says the identities of the "vigilantes," as Britain's Auto Express dubbed them, will remain completely anonymous.

Car owners caught parking improperly will be slapped with a £60 bill via mail; should they fail to pay within a fortnight, that rises to £100, according to British tabloid The Mirror.

Private parking companies in Britain have come under fire

According to The Mirror, privately-run parking corporations have been attacked for bilking money out of car owners in the past.

"The sharp practices of parking companies are already regularly called into question with paid officials dishing out fines, but with members of the public being financially encouraged to shop motorists who overstay, it’s a recipe for disaster," Royal Automobile Club spokesman Simon Williams told The Mirror. “This is wrong on so many levels it beggars belief."

"The problem is not with the app but with drivers that do not respect people’s land," he said to The Mirror. “The photo uploaded to the app is just the evidence and every one is looked at by a member of staff before a ticket is printed.”