In the face of criticism, the Tesla and SpaceX founder defends his position on Donald Trump's advisory board. 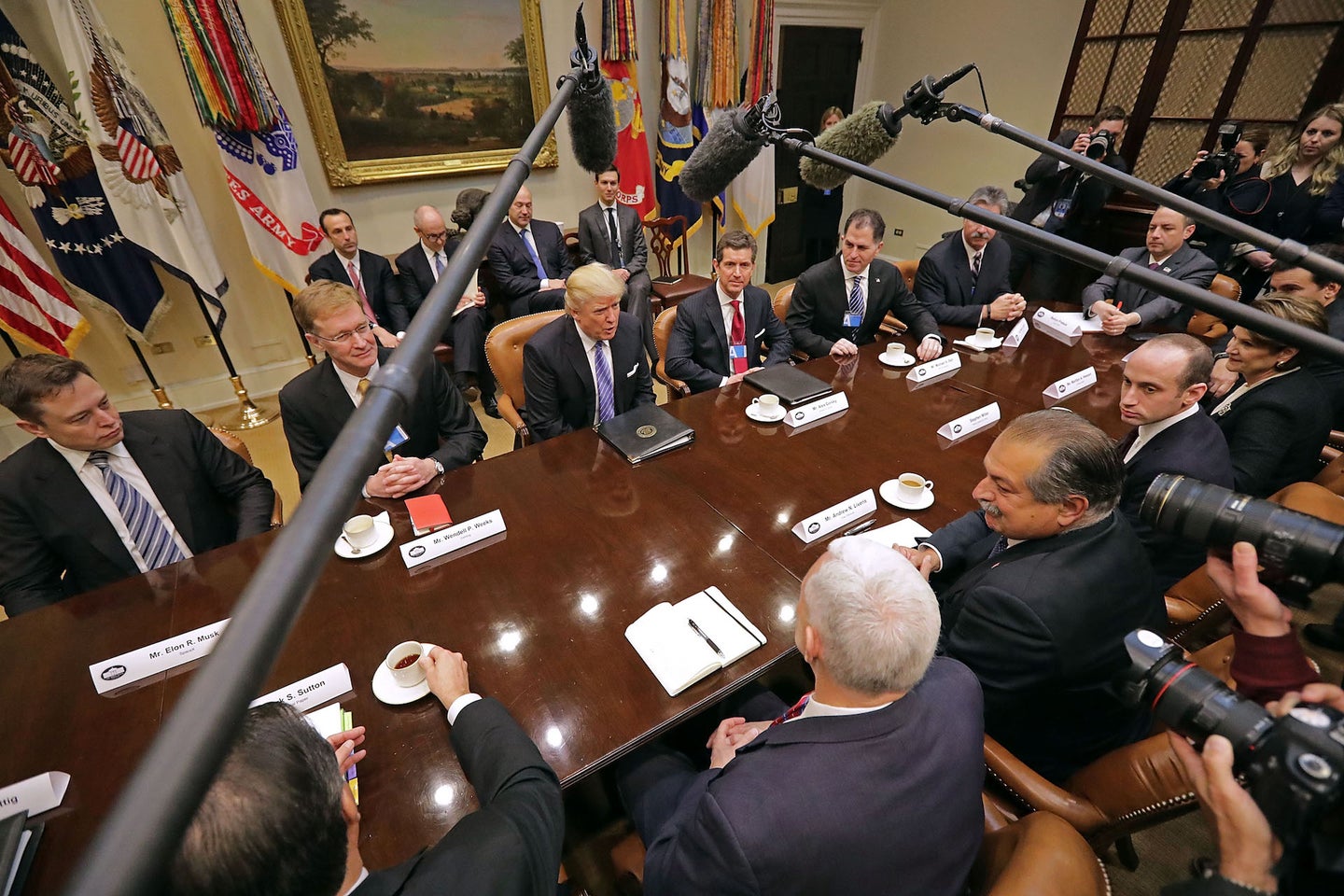 Despite Uber CEO Travis Kalanick exiting Donald Trump's Strategic and Policy Forum, Elon Musk will stay the course and keep his position in the president's advisory board. Posting to Twitter just yesterday, the SpaceX and Tesla CEO defended his choice, vowing that his engagement in the committee is for the greater good.

Defining the role of an advisory council—that they "simply provide advice"—Musk adopted a nonpartisan approach, saying that his presence in these meetings doesn't reflect whether he agrees with the administration's choices and policies. However, he said he plans to discuss objections to the recent immigration policy that's caused so much recent backlash.

Musk's forward-thinking but idealistic worldview is reflected in this statement, committing himself and his business ventures to sustainability and space exploration—"mak[ing] humanity a multi-planet civilization"—all while creating "hundreds of thousands of jobs" and creating "a more inspiring future for all."