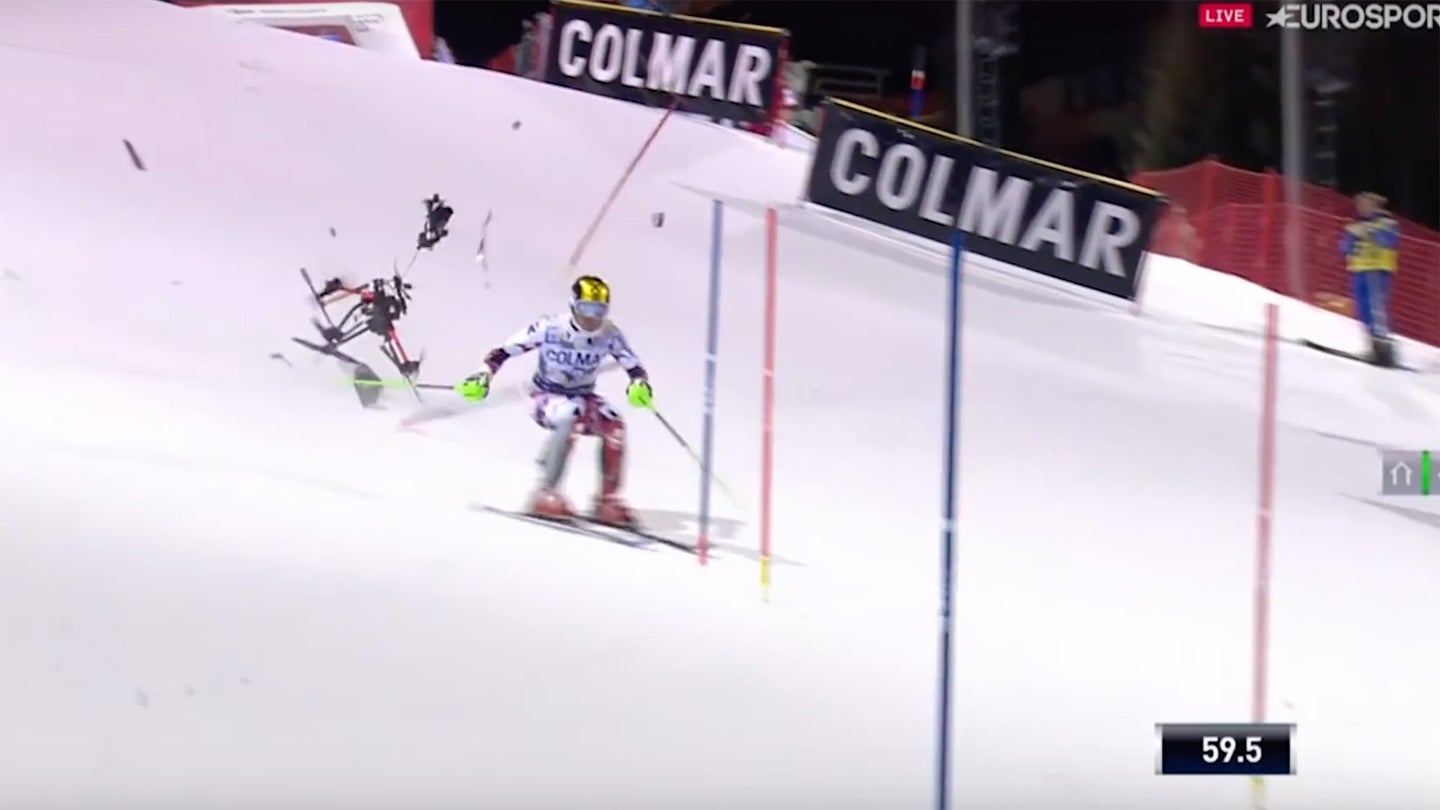 You don’t need to know French to understand this incredible footage of a large drone smashing to the ground just inches behind skier Marcel Hirscher during the FIS Ski World Cup 2016.

In an age where drones float above almost every major sporting event, the chances of something going wrong with one of them is kind of high. Whether they experience power failure or user error, worrying about one plummeting into competitors' way is not the most outlandish concern.

In this particular video, a drone hits the packed snow at such a high velocity that it actually shatters, bouncing upon impact. Had it hit Hirscher, it likely would have caused some rather painful injuries.

We understand there are inherent risks in using aerial cameras, but couldn't this have been avoided by filming at an angle and not directly above the skier? Think about news helicopters; they rarely film from directly above an event.