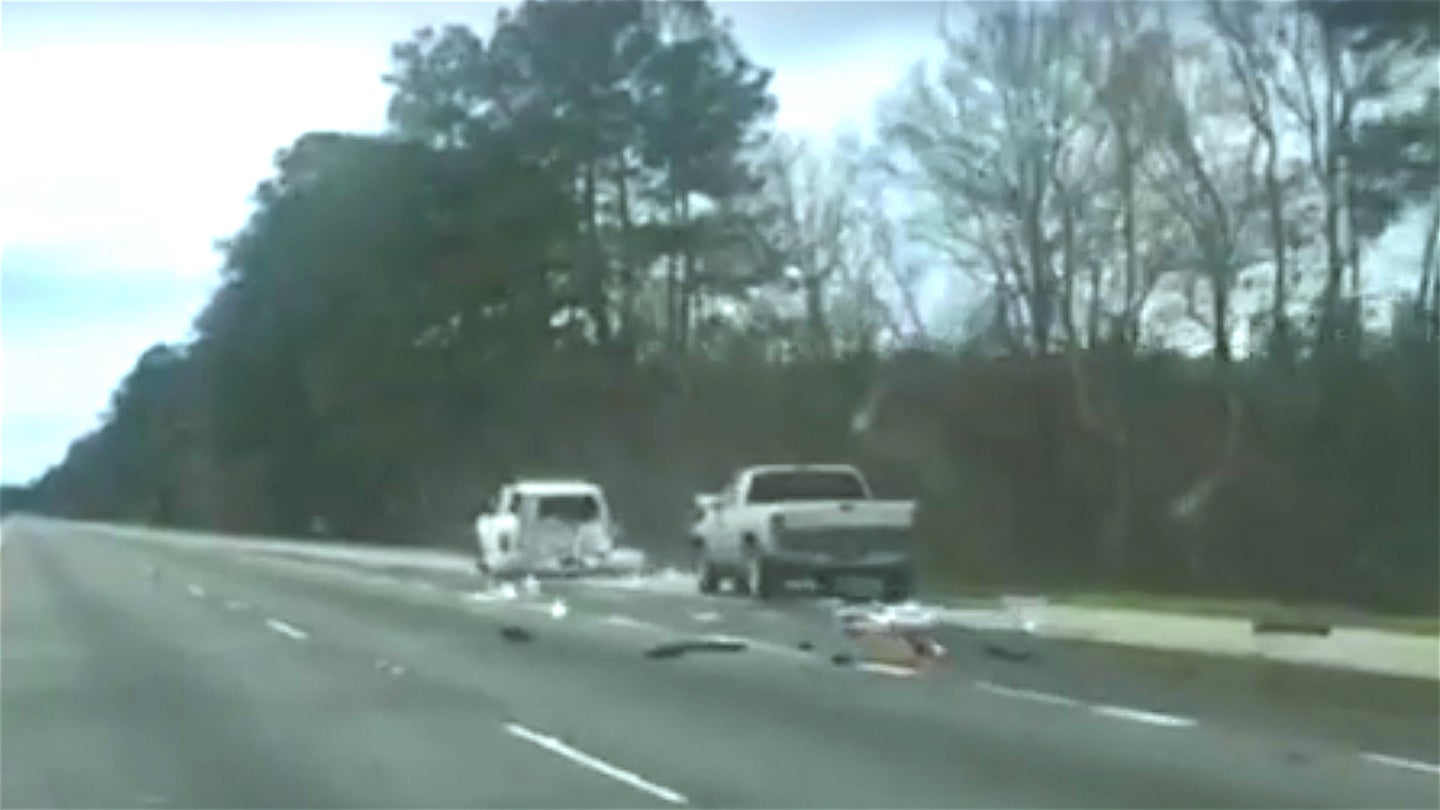 Driving while impaired is a real bonehead move. You are not only risking your own life, but endangering the lives of everyone around you.

Unfortunately, alleged impaired driver Bradley Burch didn’t get the memo and took a very dangerous stroll down Interstate 12 near Hammond, Louisiana. Operating a late-90s Ram 1500, Burch erratically bounced between two lanes of traffic as well as the median and breakdown lane. Due to his dangerous behavior, fellow motorists were unable to pass him and felt it necessary to notify the Louisiana State Troopers (good move).

The video was recorded by Florida resident, Kyle Nadler and his wife and serves as great evidence for Burch’s potentially deadly driving. While the Nadlers are on the phone with authorities, they notice a Louisiana State Trooper Tahoe parked in the breakdown lane several hundred yards out. Unfortunately, it appears Burch does as well and begins heading towards the vehicle. Although it is unclear whether or not the collision was intentional, Burch hits the rear of the Tahoe at a high rate of speed.

As you can see in the video, the Trooper’s vehicle sustained significant rear intrusion and frame damage due to the impact. Fortunately both the Trooper and suspect sustained only minor injuries. Bradley Burch was booked at Tangipahoa Parish Jail on DWI, reckless operation, and driving with a suspended license.

According to the Louisiana State Police Facebook page, they “suspect the driver of the truck, Bradley Burch, was impaired on Heroin at the time of the crash.”

If you should come across a similar incident please be sure to maintain a safe distance and notify the authorities immediately.