Pagani Bringing the Huayra Roadster to the Geneva Motor Show 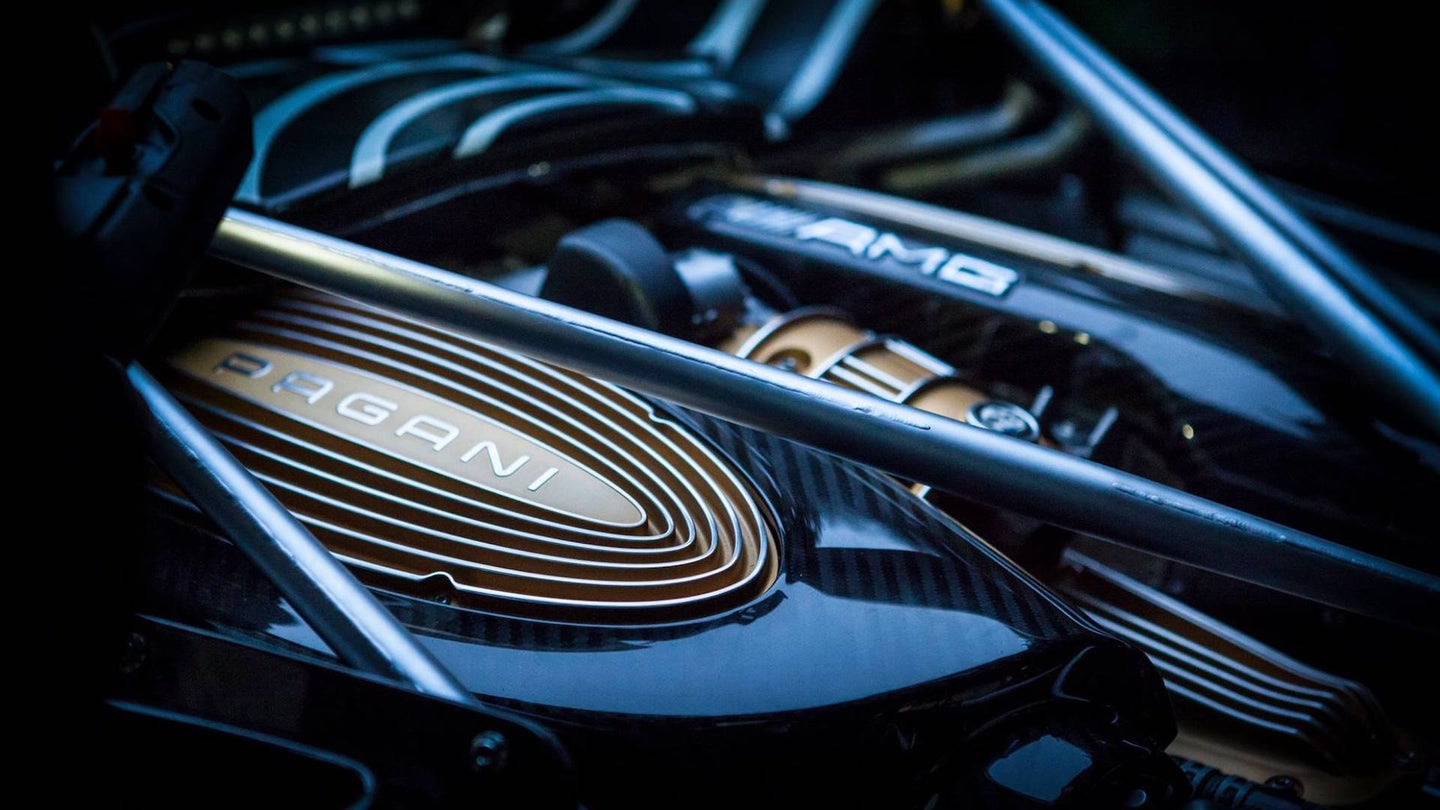 Pagani has spent much of the past three weeks teasing the upcoming open-top version of its Huayra supercar on Facebook—and in the process, the company confirmed that it will be showing off the car for real at the Geneva Motor Show in March. If you like fast, open-roofed cars, you're probably going to want to stick around for this thing.

From the looks of what we've seen through Pagani's Facebook page, the Huayra Roadster will have the same 720-horsepower twin-turbocharged AMG V12 that the normal Huayra has, which could potentially give the open-air car a top speed of 225 miles per hour. As they say in Boston, that's wicked fast.

"This is the most complicated project we have ever undertaken," said Pagani founder Horacio Pagani on Facebook.

Though none of the photos on Facebook show the whole car, there's not much left to the imagination. We know what the normal Huayra looks like, so an educated guess leaves us thinking this will be pretty similar—just with some sort of removable roof. Though Pagani (the man) did note that the Roadster will be styled somewhat differently here and there.

"As we moved forward with the Roadster, we decided to give her a bit more of an edge in order to create a slightly more aggressive shape than the Huayra Coupé..." said Pagani.

We'll just have to wait until Geneva to see. Oh, and Pagani... How about bringing that sick camo pattern shown in the teaser shots to production, too?