But he's not saying exactly when he did know, either. 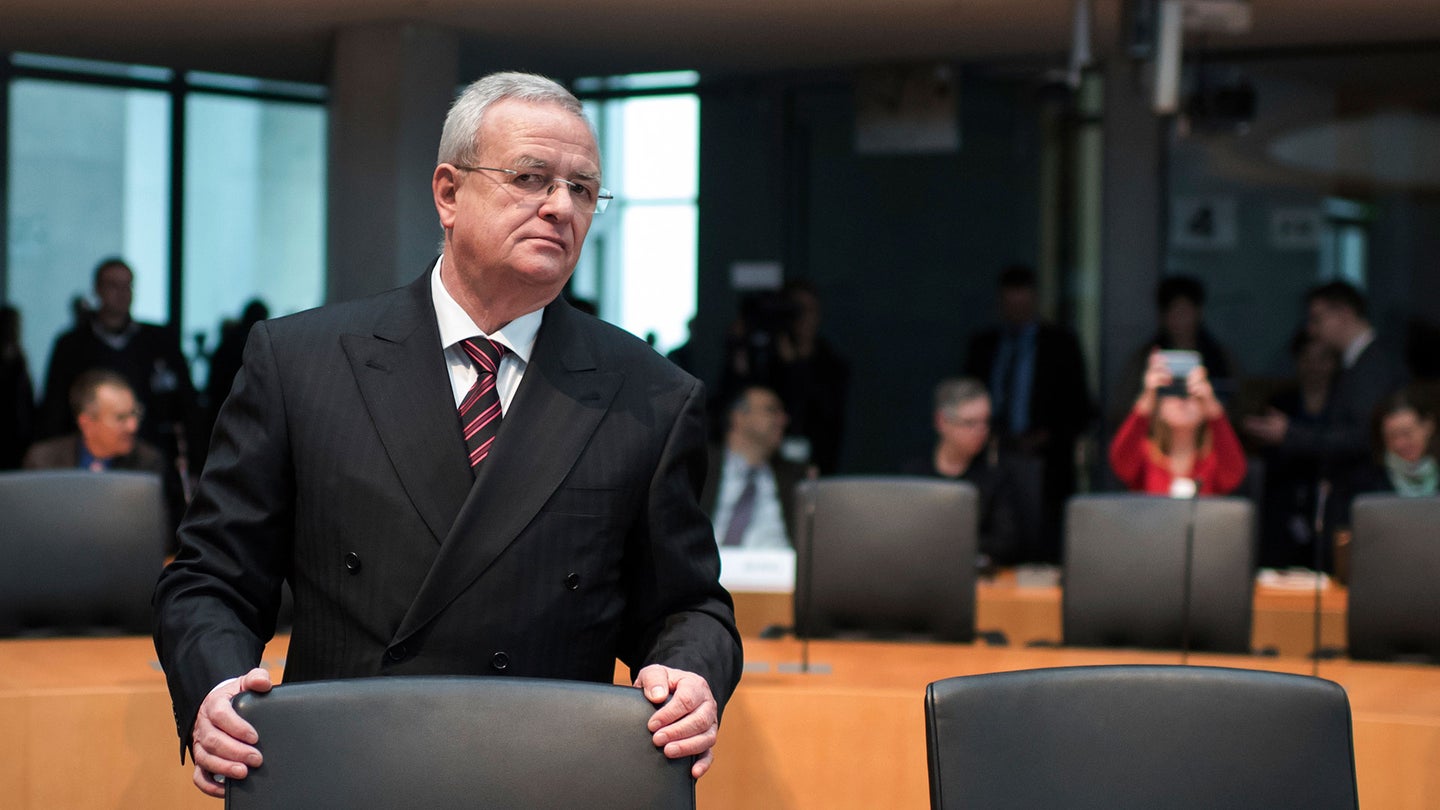 He didn't know nuthin'. Former Volkswagen CEO Martin Winterkorn told German officials that he did not have any knowledge of the Dieselgate emissions cheating scandal prior to when the carmaker officially stated he knew—but he declined specific exactly when he did know, according to Reuters.

"That is not the case," Winterkorn reportedly told a German parliamentary subcommittee on Thursday when asked if he had advance knowledge the company was installing software in diesel-powered cars that enabled them to emit higher-than-allowed levels of emissions such as nitrogen oxide.

"Software applications represent a very specific area of work in engine development," he said in justifying why he didn't know about the Dieselgate cheating earlier, according to Reuters. Still, the ex-CEO doesn't seem happy that he was left out of the loop.

"It's incomprehensible why I wasn't informed early and unambiguously," he said, Reuters reports.

When pressed to specify exactly when he was told about the cheat codes, however, Winterkorn declined to specify, as German prosecutors are reportedly still investigating the matter. (Volkswagen legal council German Postel reportedly refused to speak during the hearing, citing similar grounds.)

The eight-person committee wasn't thrilled with Winterkorn's less-than-illuminating testimony. "We were not able to achieve any essential new understanding," said committee head Herbert Behrens, according to Reuters.

Winterkorn resigned from the top spot at the massive automaker in September 2015, not long after the scandal broke. Since then, he has maintained a low profile; today's remarks represent his first public statement since apologizing for the fiasco shortly before stepping down.

So far, the Dieselgate scandal has cost Volkswagen tens of billions of dollars in fines and repayments alone, most notably a $15 billion civil settlement here in the United States over the carmaker's models powered by the 2.0-liter diesel engine. In addition, 22 separate countries have launched investigations into the matter, with the U.S. recently taking the aggressive step of charging six executives and arresting one of them in Florida.