Tactile holographic controls could be coming soon to a 5 Series near you. 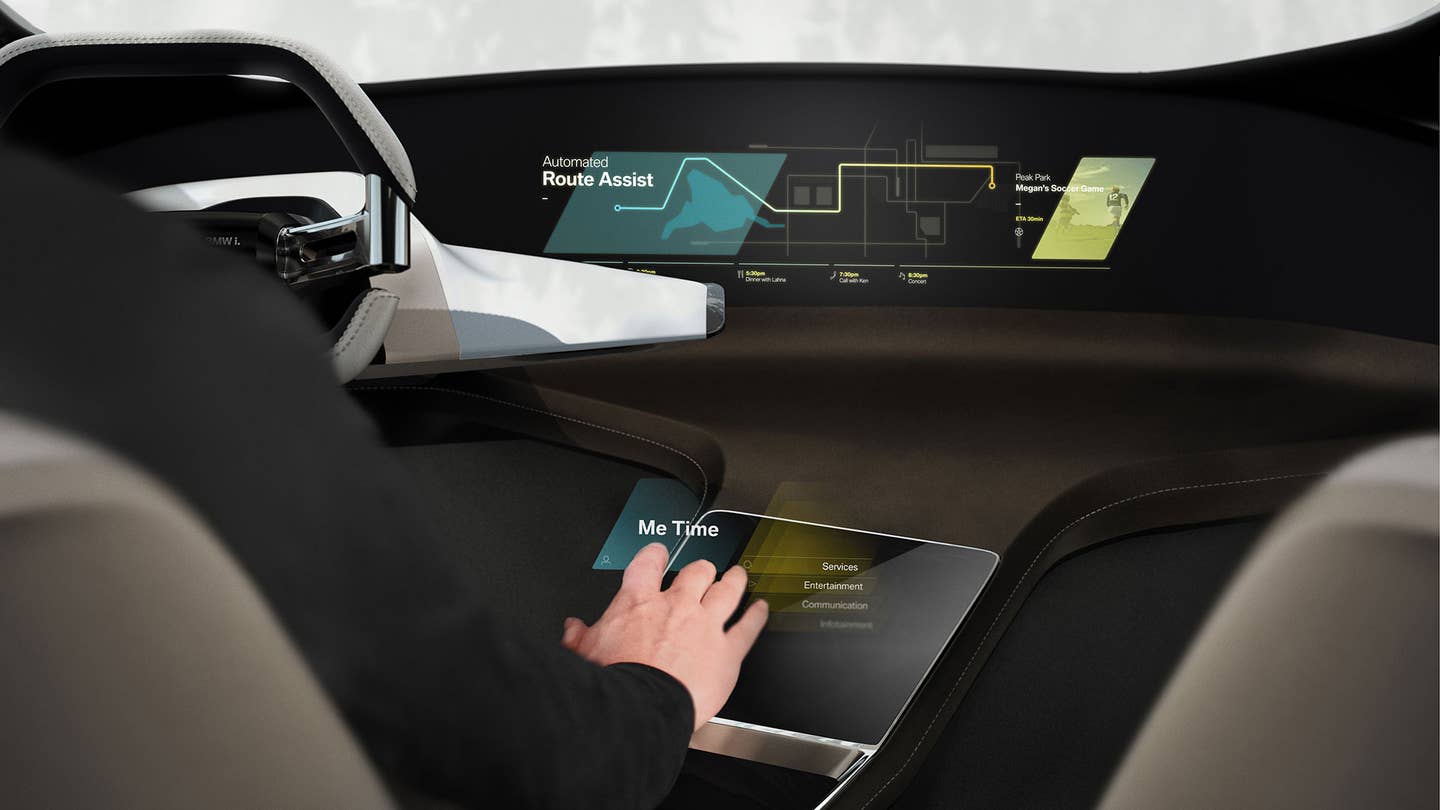 Over the last few years, the Consumer Electronics Show in Las Vegas has become something of a de facto addition to the auto show circuit, where car companies congregate to show off hardware, software, and vaporware that may be more up Silicon Valley’s alley than of interest to the old-school auto industry types in Detroit or Geneva. BMW has been one of the more prominent automotive brands at CES, and for next month’s show, the company is rolling out one of its craziest pieces of production-bound future tech yet: a 3-D interactive holographic interface that looks as though it were ripped straight out of Jim Kirk’s 22nd Century M3.

The BMW HoloActive Touch system, as the company calls it, combines the gesture control technology found in the new 5 Series and 7 Series with an advanced version of the head-up display projection equipment that can manifest an image in midair, instead of against the windshield. Using its projectors, HoloActive Touch creates “buttons” in the space above the center console next to the steering wheel, essentially making a virtual touch screen within easy reach that only appears when needed. When the driver reaches over and “touches” one of the buttons, the gesture control cameras determine the location of his finger and cross-reference it with the corresponding virtual button, then offers a brief haptic feedback pulse to let the user know the input has been acknowledged (possibly using ultrasonics to offer up the feel of a physical button, according to Tech Crunch.) Big, bang, boom—interactive holographic controls straight outta Star Trek.

BMW has been building up to this sort of idea for a few years now. Last year at CES, the Bavarian Motor Works showed off what it called “AirTouch,” which allowed users to control a car’s built-in screen by hovering their hands over it; the year before that, the brand revealed its current gesture control technology. But while both those ideas are intriguing, neither quite packs the imported-from-the-future that HoloActive Touch brings. (At least, not in our book.)

The carmaker didn’t make any claims as to the system’s production potential, but considering HoloActive Touch seems to be largely based on existing technology—and the company’s track record for bringing futuristic technology to market—we wouldn’t be shocked to see holographic controls on our 750i circa 2020 or so.