United Launch Alliance’s RocketBuilder Is the Best Online Configurator Yet

Screw speccing out supercars. Time to pretend-build some rockets. 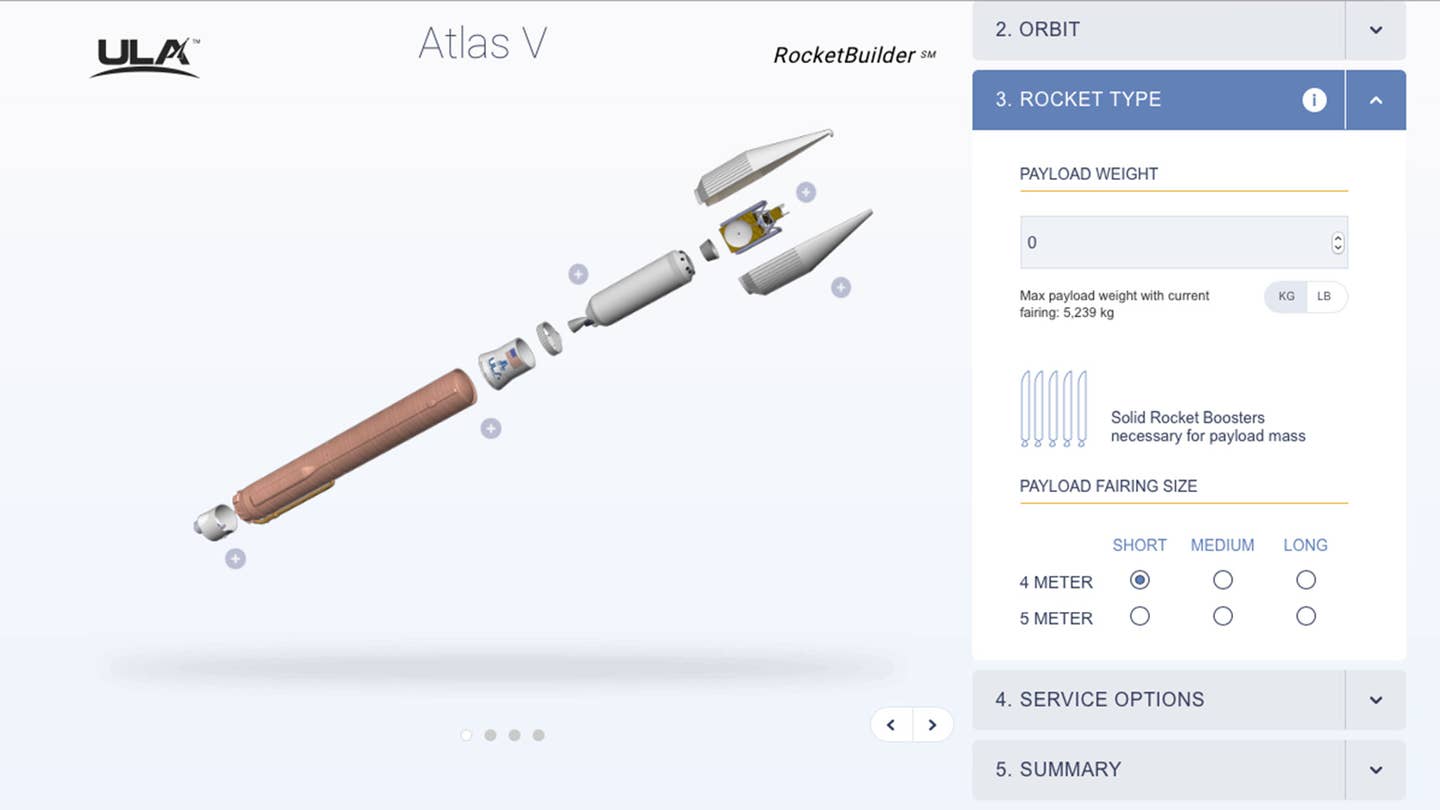 Have you, like us at The Drive, long since grown tired with the current slate of automotive online configurators? Do you hop onto the Porsche, Ferrari, or McLaren website every so often to spec out your dream speed machine, only to feel a sense of deep ennui halfway through the process? Well, dear friend, your salvation has arrived. United Launch Alliance has launched (no pun intended) a new online configurator that lets you design and build the rocket of your dreams on your home computer.

To be fair, ULA’s online configurator for its Atlas V rocket—which you can access here—is a little more complex than your average automaker’s build-your-own website. Compared with the process of actual rocket science, however, it’s a veritable snap.

First, pick your launch window, which can be anywhere from the first quarter of next year to the end of 2019. (We went with Q2 of 2018, because, hey, we’re not in a rush, but we’d like this done while we’re young.)

Step two is a bit tougher: You have to choose what sort of orbit you’re looking for. Are you happy lobbing a satellite into low earth orbit, or do you need to go higher? Do you need a polar orbit, or a geosynchronous one? (We chose the Earth escape option. If we’re tossing something into space, we’re tossing it all the way into space.)

Step three determines your rocket type, which means you have to have some facts on hand. How much does your payload weigh? How big does the fairing surrounding it need to be? (For our hypothetical rocket, which we imagine using to hurl both of our office’s goddamned Canon imageRUNNER ADVANCE C5045 printers into the sun, we assumed the smallest fairing and a mass of 344 kilograms.)

Step four involves service options, where you can choose extras like mission analysis, video systems, and classified mission security. (We went for Signature Pro, just so we could watch the printers fly to their doom on camera.)

And at the end, like any good configurator, the ULA one tells you how much it would cost to make your dreams come true. Pitching our printers into the sun? A mere $124 million. (We’ve had days where that would be worth every penny.)