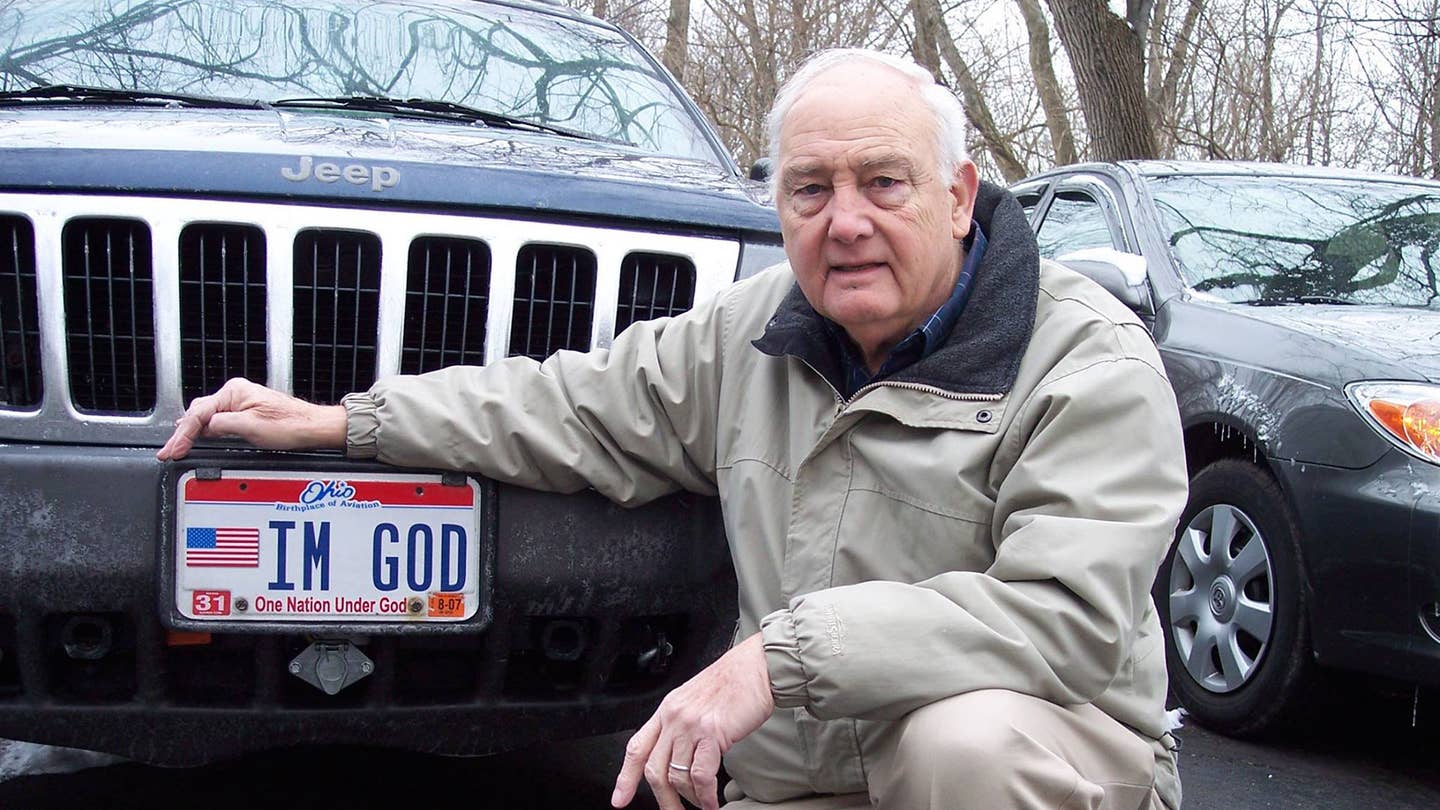 Thou shalt not take the Lord’s name in vain...or stick it on a license plate. The state of Kentucky has rejected an atheist’s application for a vanity plate that reads “IM GOD,” leading the resident to sue the state on First Amendment grounds.

Bennie Hart had the same license plate for a dozen years while living in Ohio, according to the Associated Press (and as the image above seems to prove). But when he applied for the same plate in March after moving to Kentucky, he was reportedly told by the local DMV branch manager that his request was denied under state rules that prevent residents from having obscene or vulgar language on their license plates.

A month later, Hart says state officials gave him a second reason: They claimed the “IM GOD” plates were in poor taste and could lead to confrontations with other people. (Which, let’s not lie, kind of seems like the point)

Hart, who says he wants the plates in order to prove his point that it’s impossible to disprove anyone’s claims about being God, isn’t letting the Kentucky DMV tell him what to do. Instead, he’s turning to a higher power: the federal court system. With the help of the American Civil Liberties Union, he’s slapped a lawsuit on the Kentucky secretary of transportation to try and have the state’s restrictive rules on licence plate language.

"Under the First Amendment, government officials do not have the authority to censor messages simply because they dislike them,” ACLU of Kentucky legal director William Sharp said, according to the AP. "And in this instance, personalised licence plates are a form of individual speech equally deserving of First Amendment protection."

In the suit, Hart says Kentucky’s claims that his religious beliefs are obscene or vulgar are “demeaning.”

The state of Kentucky, however, is hitting back with the biggest guns in the legal land. It claims that the Supreme Court’s 2015 ruling over a Texas license plate featuring the Confederate flag provides the necessary precedent, as the Supremes decided in that case that states have the right to discriminate based on content when it comes to what they say—and that license plates are state speech, not individual.