China Launches Rocket That Can Land People on the Moon

The Long March-5 made its maiden voyage into Earth orbit last week. 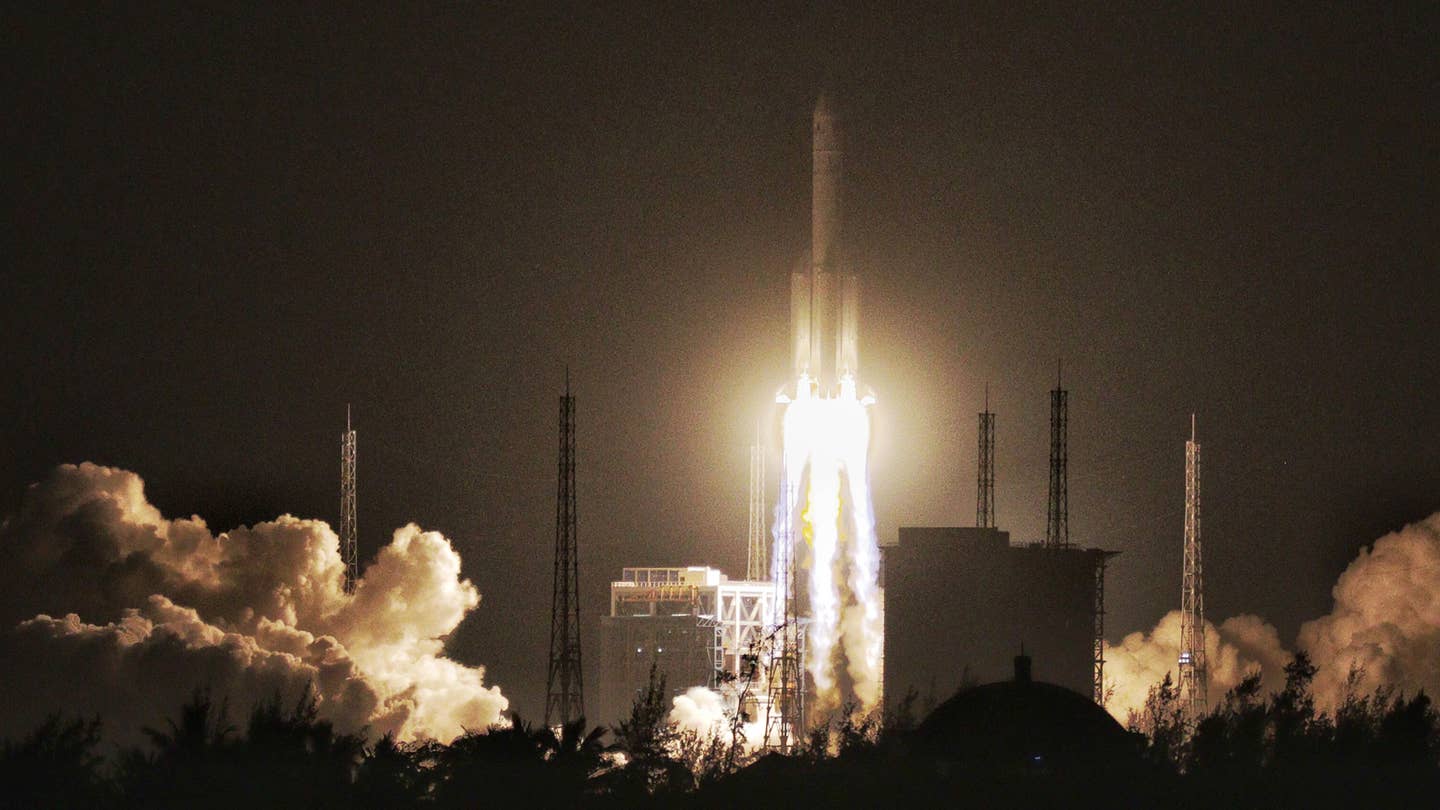 Three, two, one—liftoff. Last week, China successfully launched its first rocket powerful enough to land people on the lunar surface, bringing the nation one step closer towards its ambitious plans for a moon mission and a large orbital space station.

The first Long March-5 rocket took off from China’s new Wenchang Spacecraft Launch Site on November 3rd, toting a Shijian 17 science satellite, according to the Associated Press. The latest and most powerful iteration in the Long March series, the 187-foot long LM-5 can lift more than 25 tons into a low Earth orbit like the ISS occupies, 15 tons to the geosynchronous orbit used by global positioning satellites, or six tons to the moon.

That makes the liquid-fueled rocket as powerful as the American Delta IV Heavy rocket, which is so powerful, NASA has used it to test-launch the new Orion spacecraft (though NASA is working on a new launch rocket specifically for Orion missions). It also makes the LM-5 more powerful than SpaceX’s Dragon 9, the partially-reusable rocket Elon Musk’s company currently uses for most missions.

As Ars Technica points out, the launch makes China the only government on Earth with the capability to both deploy humans and medium-sized payloads into orbit. NASA has not had the capability to launch people since the space shuttle’s retirement in 2011, while Russia depends on the less-potent Soyuz-FG for its manned missions.

The Long March-5’s capabilities give the Chinese government the rocket power to begin construction on the large space station it plans to begin construction on in 2018.  And while it lacks the strength to launch a manned lunar mission all by itself, it could be easily used to boost the components of such a mission into Earth’s orbit, from where they could depart for the moon.

“By launching and rendezvousing four [Long March-5 payloads] in low Earth orbit, it would be possible for the Chinese to construct a manned lunar mission with no more than that rocket and no more than Apollo technology,” former NASA administrator Mike Griffin told the House of Representatives in 2011.

But China’s plans to plant feet on the moon by 2029 revolve around an even bigger rocket: the Long March-9, a Saturn V-sized conveyance capable of punting 50 tons to lunar orbit in one go. That machine, however isn’t expected to take flight until 2025. Until then, the LM-5 appears to be the strongest horse in China’s space-faring stable.