It’s the second problem in two months for the key gas supply line. 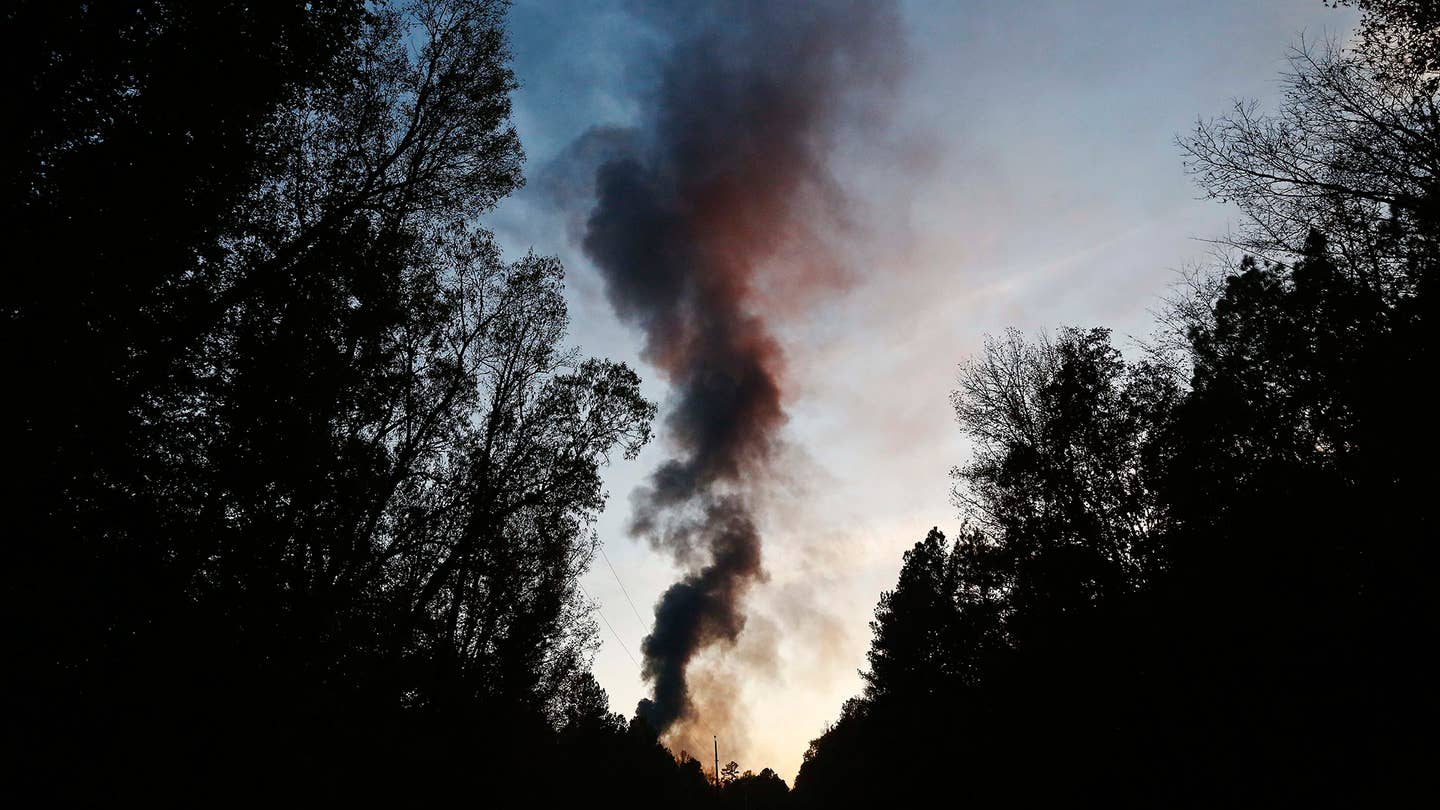 An explosion ripped through the Colonial Pipeline in Alabama on Monday, killing one person and sending gasoline futures rising more than 11 percent in early morning trading over concerns that the pipeline’s closure would lead to gas shortages on the East Coast of the United States.

The explosion occurred when a nine-man crew working on the line struck the pipe containing gasoline with a backhoe at around 3pm local time, Colonial Pipeline said in a statement. Five other workers were injured in the blast. The company shut down the flow through both the gasoline pipeline and a second accompanying line that carries other petroleum products after the explosion.

The explosion sparked a flood of flaming gasoline from the open pipe, but responders were able to contain the burning fuel behind an earthen dam eight feet tall and 80 feet long, Alabama Forestry Commission spokesperson Coleen Vansant told local news station WBRC. Two other wildfires were ignited in the drought-stricken county, she added, burning around 37 acres.

As of 10am, gasoline futures for December 2016 were up about 12 cents to $1.54 per gallon. After the news broke, however, prices spiked as high as $1.64 per gallon—an increase of 16 percent over the previous day’s close, and the highest level in several months.

The loss of the gas pipeline comes at an unfortunate time of the year, with the Thanksgiving holiday—some of the busiest driving days of the year—only a few weeks away. The Colonial Pipeline carries roughly 40 percent of the gasoline that winds up being used on the East Coast, and it is unclear at this time when the line will be back up and running.

This is not the first problem in recent history for the lengthy pipeline system, which serves as a crucial supply route for gasoline from Houston, Texas to the Port of New York–New Jersey. A large spill on September 9th several miles away from yesterday’s explosion site shut down the Colonial Pipeline for days, causing gas shortages and price hikes in pockets across the American South.