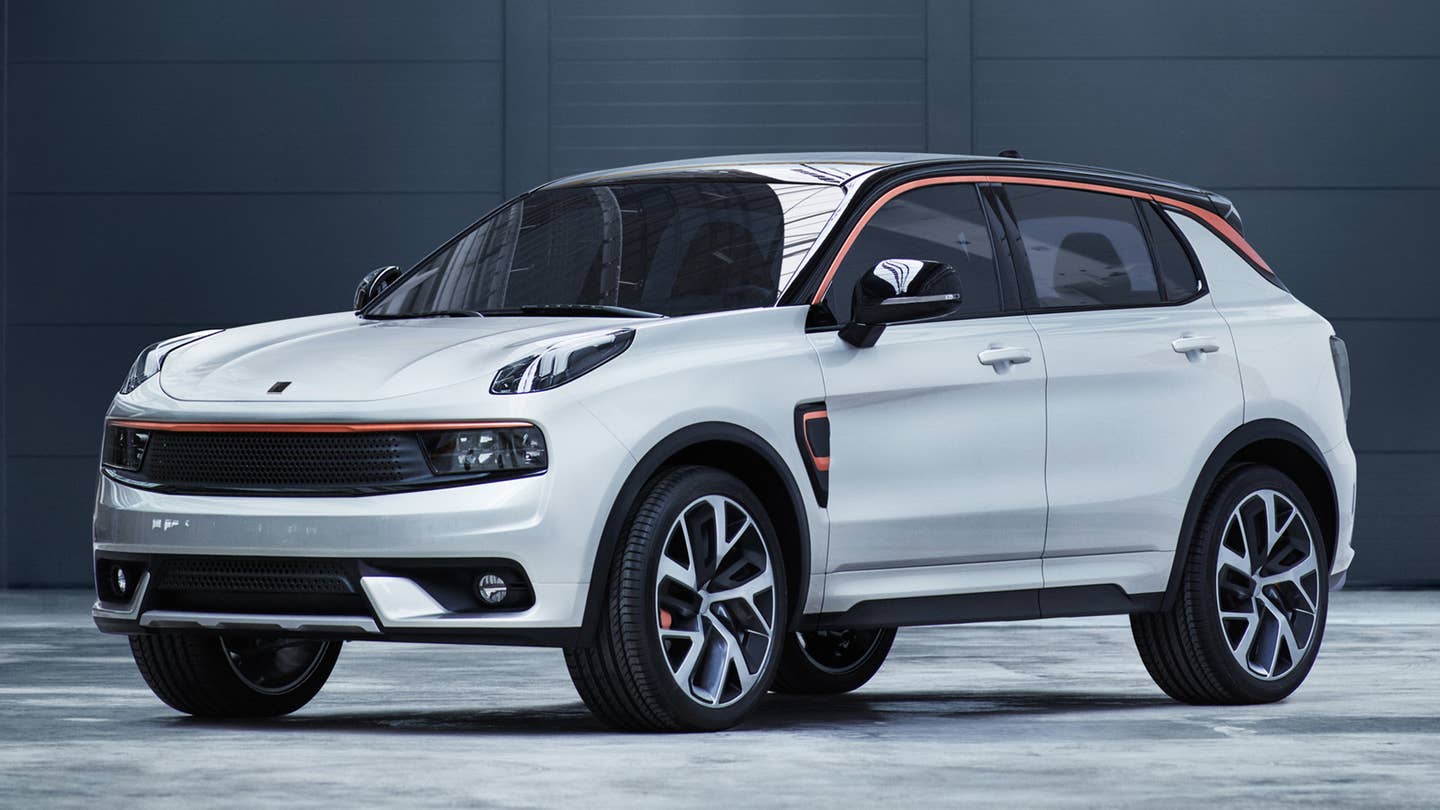 Volvo parent company Geely has revealed the first car from its new Lynk & Co brand. It’s called the 01, but don’t let the boring name put you off. If Lynk lives up to all its promises, this compact hybrid SUV could play a huge role in redefining much of the automotive industry.

Mechanically speaking, there’s nothing particularly interesting about the Lynk & Co 01. The sport-ute is based off the same Compact Modular Architecture platform Volvo will use for its upcoming small vehicles. Power comes from a combination of a turbocharged 1.5 liter three-cylinder gas engine and an electric motor or a 2.0-liter four-cylinder, with a choice of manual transmission or seven-speed dual-clutch gearbox reportedly on offer.

We’re guessing most of the 01s will come equipped with the latter, however—not just because most people in the U.S. prefer automatics, but because a shift-for-itself gearbox is better suited for car-sharing. And that’s where Lynk & Co starts to deviate from the norm.

See, the Lynk & Co 01 is designed for car-sharing. When you aren’t using your vehicle, you can share the car with other people with the touch of a button, using the car’s virtual locking system. If someone else wants to use it, they can contact you through an app; when you approve it, the app grants them the ability to unlock your car and drive it for a fee. In effect, if you own one Lynk, you own them all. “THINK AIRBNB. FOR CARS,” the company’s website exclaims.

Which brings up another novel part of this SUV: It’s been designed for the super-connected smartphone-using millennial of today. The instrument panel is digital, there’s a 10-inch touchscreen serving as the control for the infotainment system, and the car comes with a wireless phone charging setup. There’s also a concierge service designed to help busy urbanites for those instances where they can’t get Siri to work using the integrated Apple CarPlay.

Every Lynk & Co vehicle is also wired into a shared data network, The Verge reports, allowing them to tell each other about everything from traffic conditions to available parking spots at 4G speeds.

The 01 comes with plenty of conventional automotive features, too. A power tailgate, some sort of automatic parking system, and a big ol’ sunroof all come standard, according to the company’s website. The climate control can even detect pollution and close the vents if the air is too noxious.

That last feature will probably be a big boon in Lynk & Co’s home market of China, where all the models will be built. The 01 will go on sale there first, in 2017; U.S. and European sales the next year.

Don’t look for it in dealerships, however, because Lynk & C. won’t have them—at least, not in the traditional sense. Details remain nebulous, but it seems buyers will be able to purchase their cars online and have them delivered to their door; when cars need servicing, they’ll be scooped up wherever they are. (The company will have showrooms where people can check out the vehicles in person, however, and it may offer Tesla-style direct-sales in some physical locations.)

The company isn’t stopping there. There will be two more models coming down the road—named, you guessed it, 02 and 03. And more interestingly, the company also describes their vehicles as an open-source platform, giving buyers the chance to work with Lynk & Co to exercise their automotive creativity however they see fit.

“Our aim is to enrich and simplify car ownership by re-defining how cars are bought, owned, connected, serviced and used,” Lynk & Co senior vice president Alain Visser said in a statement. Come 2018, we’ll see how well the company can pull it off.