Not surprisingly, cabbies are not pleased. 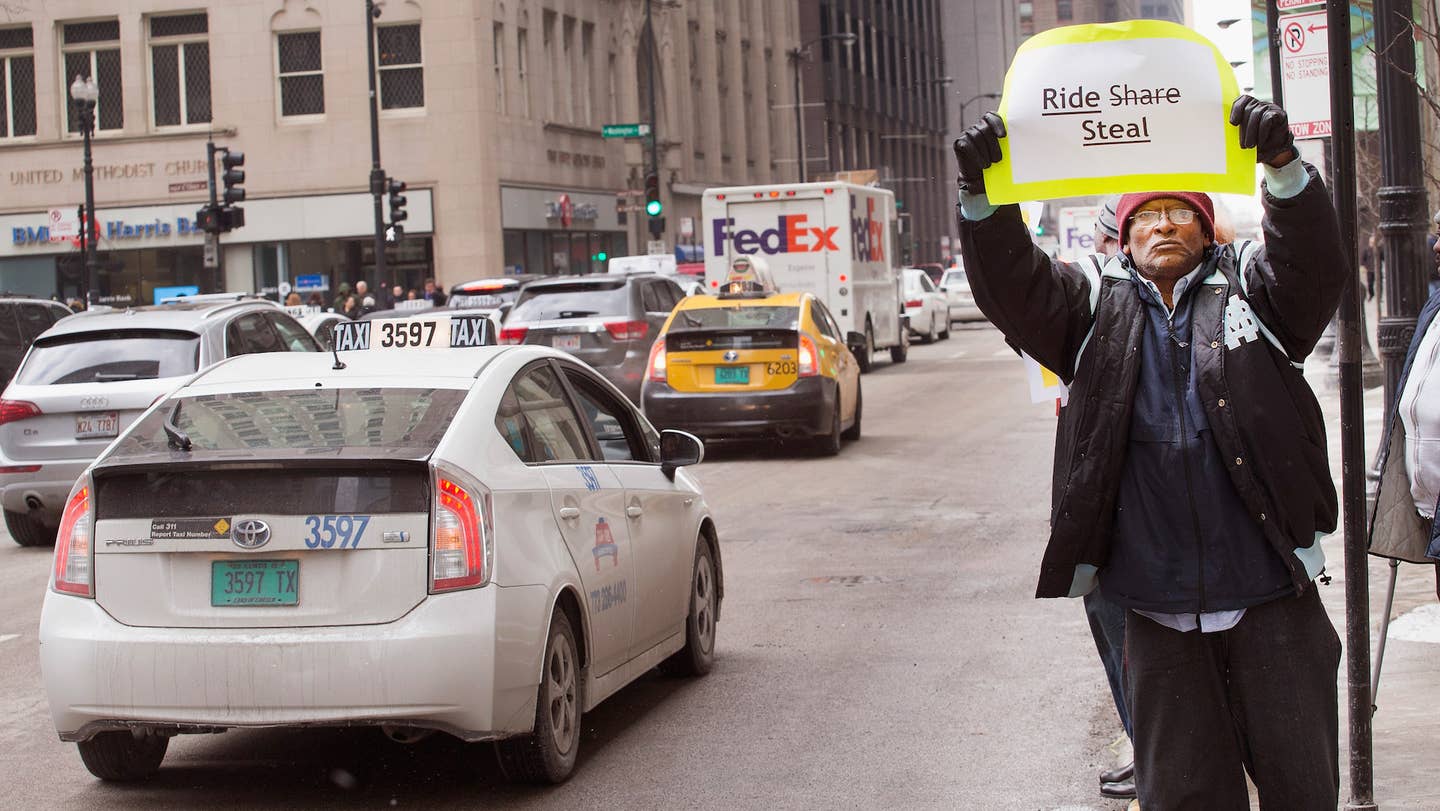 A federal appeals court has concluded that ride-hailing services like Uber and Lyft can be treated differently than taxis from a legal and regulatory standpoint, because they offer different kinds of service than normal cabs.

In a case brought to the federal level by the Illinois Transportation Trade Association, the United States Seventh Circuit Court of Appeals has ruled ride-hailing service drivers do not need special licenses for their services and are not required to have regulated fares, Ars Technica reports.

"Taxicabs are preferred to Uber and other TNPs (transportation network providers) by many riders, because you don’t have to use an app to summon them—you just wave at one that drives toward you on the street—and also because the fares are fixed by the City," the court ruled, via Ars Technica.

"Here’s an analogy: Most cities and towns require dogs but not cats to be licensed," the court wrote. "Dog owners, other than those who own cats as well, would like cats to have to be licensed, but do not argue that the failure of government to require that the "competing" animal be licensed deprives the dog owners of a constitutionally protected property right, or alternatively that it subjects them to unconstitutional discrimination. The plaintiffs in the present case have no stronger argument for requiring that Uber and the other TNPs be subjected to the same licensure scheme as the taxi owners."

The court's ruling that ride-hailing services are completely different from taxicabs means that in Chicago, drivers who use the app-based services can continue to do their jobs without the city imposing harsh restrictions from the city government. For example, Uber and Lyft drivers in the city are not required to pay up for pricey taxi medallions (which currently go for around $60,000, lawyers reportedly told Ars Technica), have their fingerprints taken, or take a $300 class the way taxi drivers are required to.

In September, cab drivers claimed to the court that revenue in its industry dropped by as much as 50 percent now that there are around 90,000 Uber and Lyft drivers floating around Chicago, USA Today reports.

An attorney representing the ITTA told the Chicago Sun-Times that the group is considering an appeal following the court's decision.