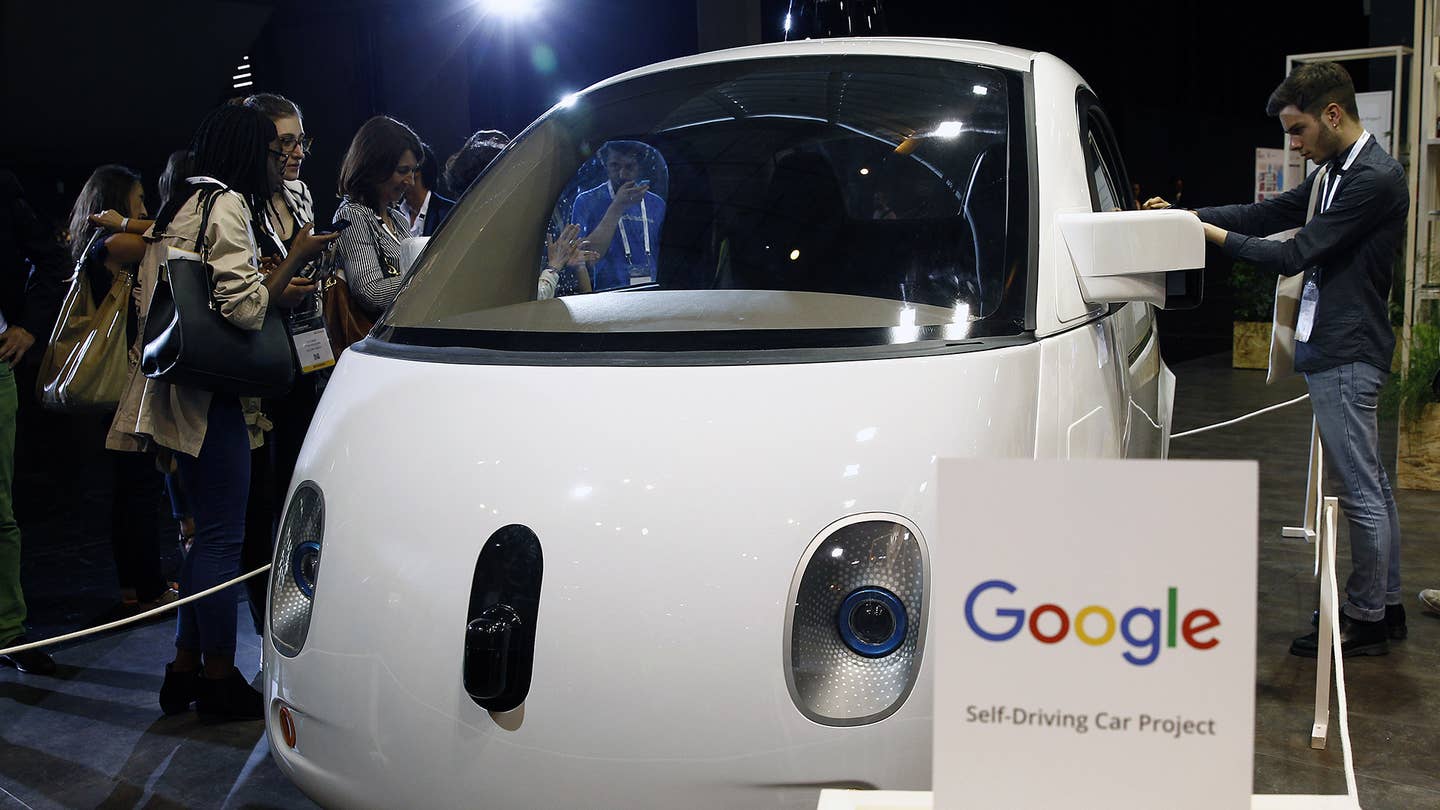 In the latest milestone towards our apparently-inevitable future full of people twiddling their thumbs behind the wheel, Google has announced that its self-driving vehicles have logged 2 million miles of autonomous driving on public roads. Which sounds pretty impressive...until you remember that Tesla’s Autopilot system has racked up more than 50 times as many miles of autonomous operation.

But Google—well, technically, Alphabet, as the massive tech conglomerate is officially named—claims that comparing its data to Tesla’s is a matter of apples and oranges. As Dmitri Dolgov, Google’s lead engineer on the self-driving car endeavor, told Reuters, Alphabet’s fleet of largely urban-based vehicles have to deal with far more complicated scenarios than Tesla’s semi-autonomous cruise control.

Operating in hectic cities and towns in close proximity to pedestrians, bicyclists, and other small, slow-moving obstacles usually not found on highways means the Google cars need to have a better understanding of what’s around them, Dolgov said. The self-driving cars are designed to sift through the vast quantities of data streaming in from their sensors and determine whether the sudden, unexpected movements of a human or vehicle represent a threat. Figuring that out, Reuters claims, is the toughest part of developing a truly autonomous vehicle for use on the public roads.

So far, only a handful of accidents have occurred with Google’s self-driving test cars, all but one of which were caused by human error. Tesla, by contrast, has seen several high-profile Autopilot-related crashes in the last year—though the electric vehicle company is quick to point out its semi-autonomous system still has a better safety record than the average American driver.

Google says it intends to offer a fully-autonomous vehicle for sale by the year 2020. It may or may not resemble the dorky clown car seen above.