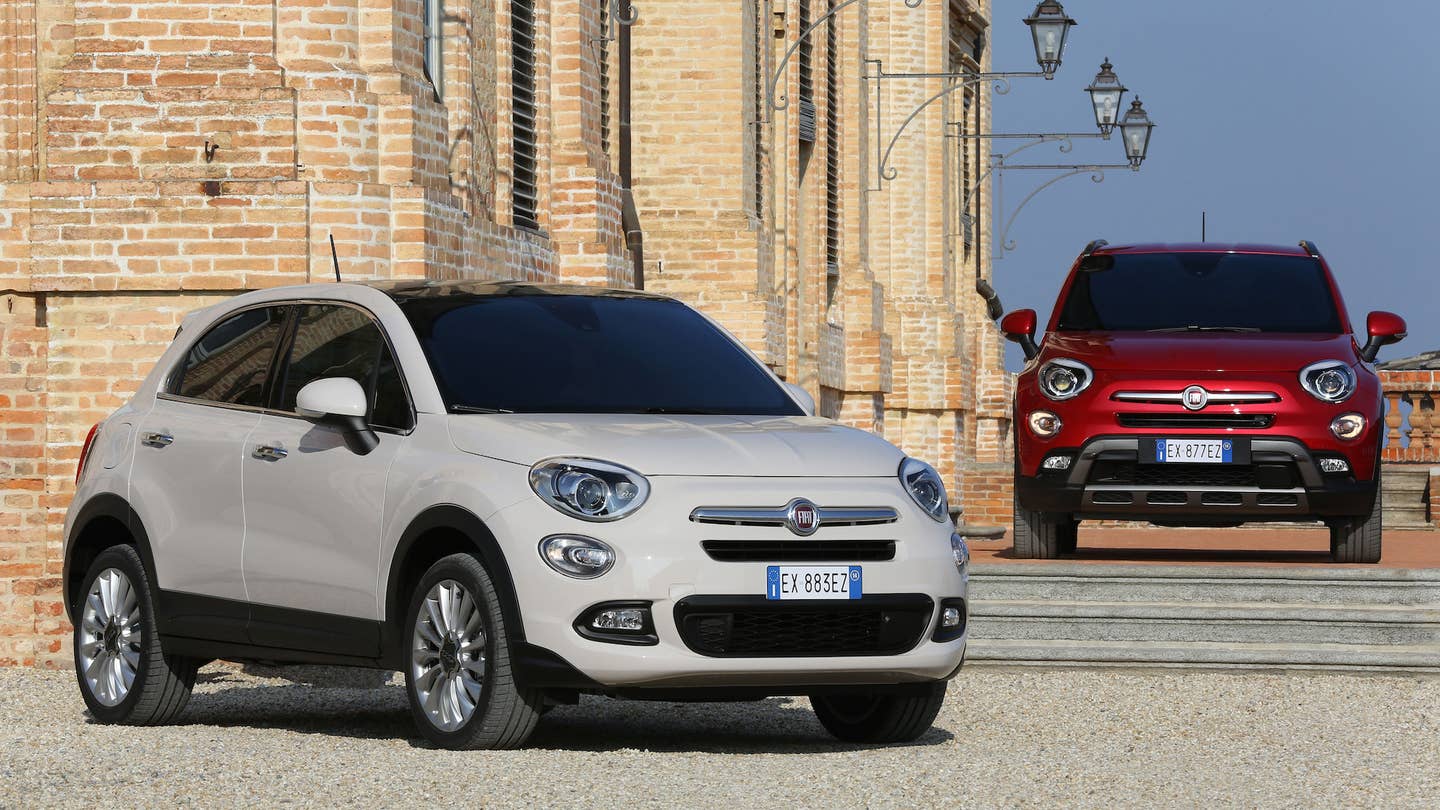 In news that may not shock cynical diesel owners, German environmental officials are positing that the use of illegal defeat devices on diesel-engined cars isn’t just confined to Volkswagen, Audi and Porsche. Fiat Chrysler Automobiles, the country claims, may also be trying to fudge the numbers when it coms to diesels.

According to Reuters, Germany’s Federal Minister of Transport, Alexander Dobrindt announced that testing by his office found “illegal use of a device to switch off exhaust treatment systems” in four Fiat-Chrysler vehicles, including two new Fiat 500Xs, a Fiat Doblo, and a Jeep Renegade. All of the vehicles tested were equipped with FCA’s latest 2.0-liter diesel engine. The findings were laid out in a letter to the European Council, which has said it will confer with Italian officials about the next step in the investigation.

This isn’t the first time meticulous German scientists have called into question the integrity of FCA’s diesel-powered cars. Just this May, Germany threatened to ban FCA vehicles after allegedly finding a “cheat device” on a Fiat 500X. Italian environmental regulators, when they tested the offending Fiat, said they found no offending hardware. The matter is still being worked out—unhealed by high tensions between Germany and Italy, two countries which occupied starkly different roles during the recent European financial crisis.

Is Germany working to expose other country’s national automakers after the scandal that devastated Wolfsburg-based Volkswagen? Are Italian officials covering for Fiat, the country’s biggest automaker and the owner of such iconic brands as Maserati and Ferrari? Regardless of how much intrigue pans out, it seems the end of the diesel-engine intrigue is nowhere in sight.

The pair stole the cars using only a laptop.

BMW Takes Shots at the Tesla Model 3 and FCA Issues a Transmission Recall: The Evening Rush

Plus, your very own indoor garden and enamelware on sale from Best Made Co.

Family alleges the star was “crushed and lingered alive for some time, trapped and suffocating” because of his Jeep’s shifter.

FCA Spends Big on a RAM Factory and Prices Emerge For the Ford F-150 Raptor: The Evening Rush

For 150 years, Brooks England has been making tough gear that also looks great.