Two reports claim a high-revving wunderwagen could debut in 2017. 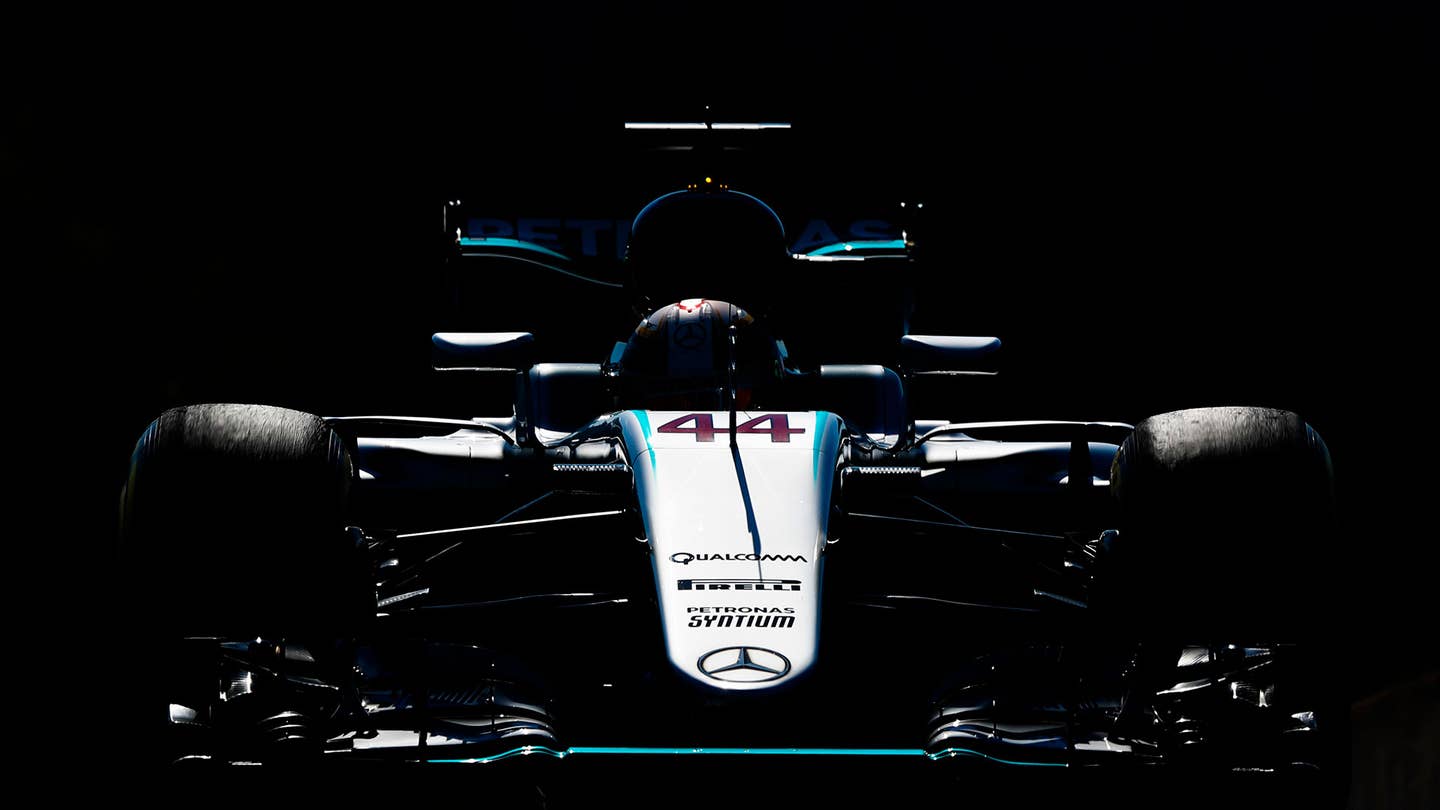 Mother. Of. God. According to multiple reports, Mercedes-AMG will build a hypercar with a Formula One-derived engine—and it could make its first appearance as soon as next year, thanks to a little help from AMG’s High Performance Powertrains team, which handles construction of the F1 motors.

While the notion of an AMG competitor to the likes of the Porsche 918 Spyder, Ferrari LaFerrari, and Bugatti Chiron has been bandied about for years, Mercedes reportedly finally decided to pull the trigger on the car after learning about Aston Martin and Red Bull Racing’s AM-RB 001, which aims to bring near-F1 car levels of performance to the street.

Top Gear and evo are both claiming that Mercedes’s AMG division is planning on dropping a super-high end sports car powered by a version of the 1.6-liter turbocharged V6 found behind Lewis Hamilton and Nico Rosberg most weekends. The F1-style six-pot will reportedly be connected to some sort of hybrid powertrain arrangement, much like most of the current fleet of hypercars; the AMG team is supposedly targeting a ratio of one horsepower for every kilo of weight, so expect at least 1,000 ponies thanks to a combination of the turbo V6 and one or more electric motors.

Top speed for the car, evo reports, will be in the range of 220 miles per hour, with a 0-60 mph run in the mid-to-low two-second range. Those figures, evo points out, are limited more by current road tire technology than by anyting else.

The design of the car has already largely been sketched out, according to evo, with a look that melds modern-day Formula one car with a Le Mans prototype racer. As with the AM-RB 001, aerodynamics will reportedly play a key role in keeping the car pointed in the right direction, including a McLaren P1-style drag reduction system to relax some of the downforce on those long straightaways.

Why will the Mercedes hypercar reportedly be arriving so quickly? Well, 2017 marks the 50th anniversary of AMG; combine that with the stellar season Mercedes has been having in Formula One, and showing off the company’s technical prowess with a full-blown supercar starts to seem, well, almost logical. (That said, the car is only expected to make its initial debut next year; final production, TG claims, would likely follow up around a year and a half later, assuming interest in zillion-dollar hypercars remains high.)

Now, as always when it comes to rumors of super-powerful hypercars, we at The Drive urge you to take this with a grain of salt. Both reports appear to come from the Belgian Grand Prix; it’s possible both TG and evo spoke with the same ill-informed or overly presumptuous AMG staffer, who let loose a rumor sure to set the Internet aflame. Regardless—if the car is only a year away, we won’t have to wait all that long to know for sure.