Designed to do almost everything but sell you a car. 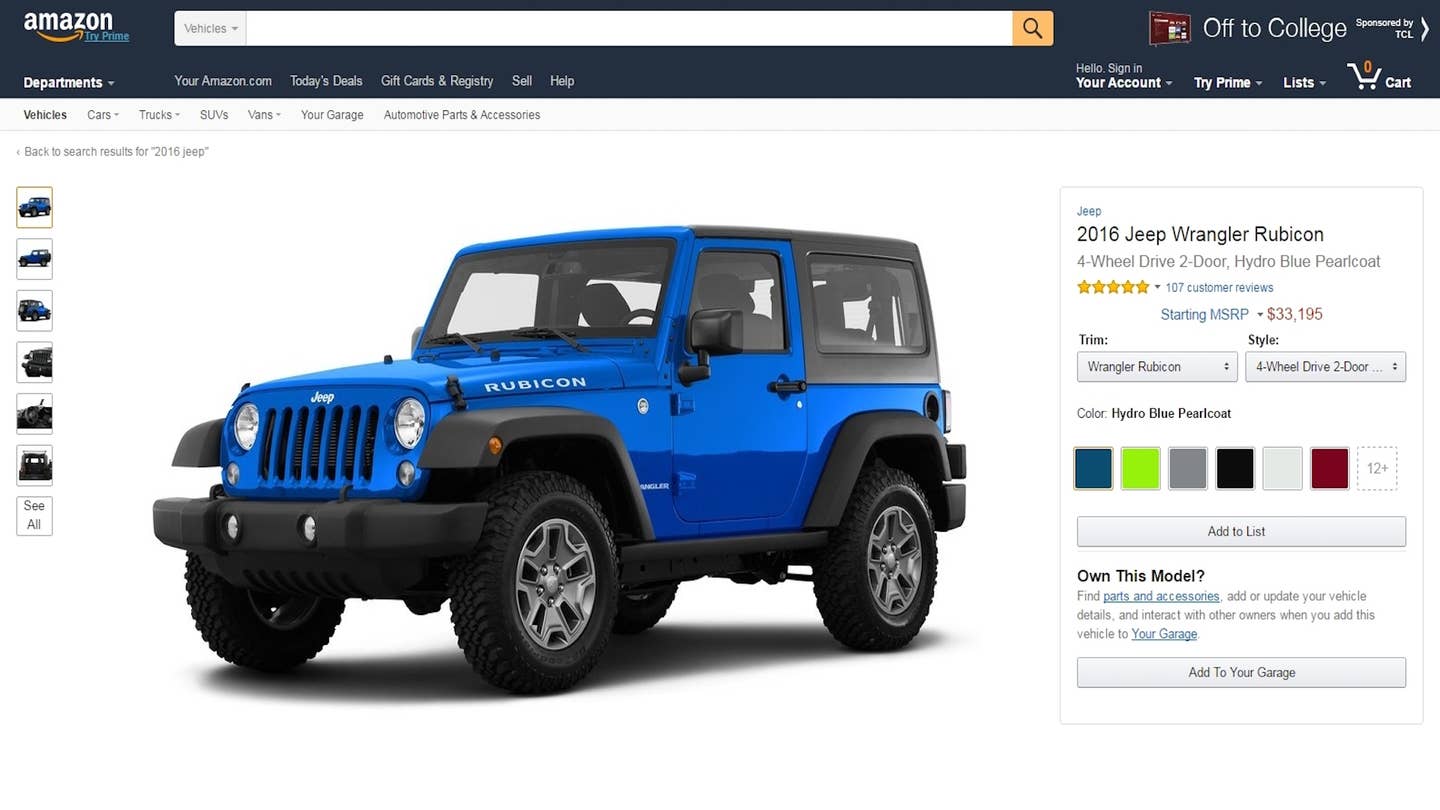 The world of consumer-sourced car reviews and automotive information has a new player with a well-known name. On Thursday, Amazon launched Amazon Vehicles, a new site where people can bone up on cars new and old.

Amazon Vehicles is designed to be Amazon's one-stop online home for consumers craving automotive knowledge. Internet users can use the new site to find pictures, videos, specs, and customer reviews for new and used cars alike from almost every brand imaginable. Consumers can sort cars by mpgs, make, model, rating, towing capacity, and other stats, in order to find out more about the car of their dreams.

In addition to doing (admittedly rather unexciting) things like comparing factory paint colors in stock photos, people can ask questions about vehicles from other people who own the cars they're interested in, for a more personal touch than traditional reviews. (Of course, we at The Drive hope you'll continue to seek out the opinions of automotive professionals, too.)

The site is designed to work in conjunction with the company's separate auto-parts marketplace, Amazon Garage. According to Amazon, Garage already has 35 million customers who've saved their cars to the online store; with Amazon Vehicles, those 35 million people now have the ability to access far more automotive resources without leaving the dot-com company's comfortable domain.

To us, this new service sounds like a bit like what it would be if Amazon made its own version of Edmunds or Cars.com—just without the professional review content. If we're being brutally honest, we're not sure the web needs another one of those...but at the end of the day, anything that keeps people interested in cars is all right by us.