Watch the Giant Butt-Shaped Aircraft Crash Into a Field

The Airlander 10 was on its second test flight when it took a dive. 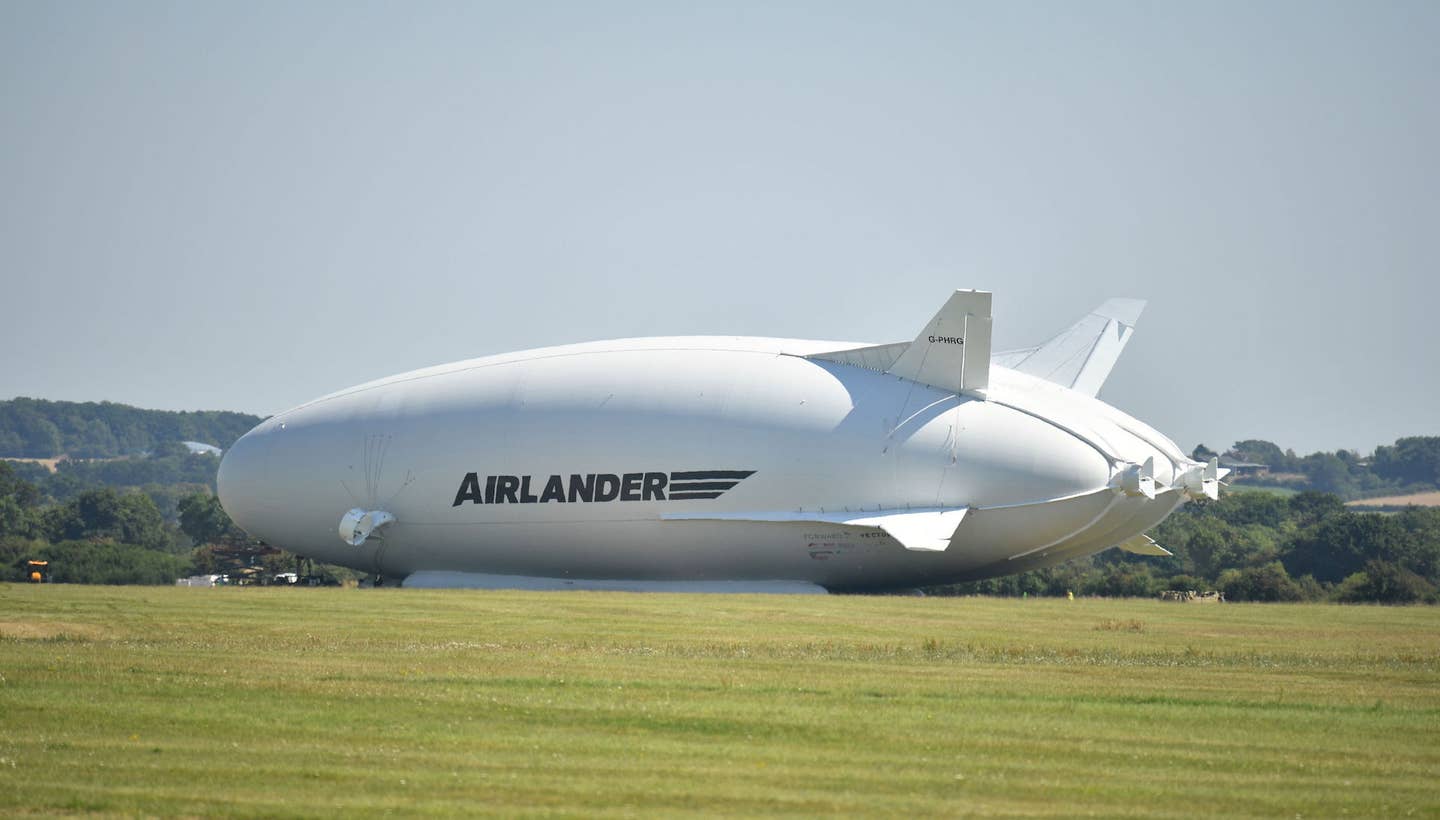 If you're looking to psych people up about your new high-tech aircraft, crashing it into a field on its second test flight is the kind of thing you'd like to avoid. Sadly, that's exactly what happened to upstart airship Hybrid Air Vehicles, when its massive Airlander 10 aircraft crashed into the ground Wednesday in England.

The Airlander 10, or as the Brits prefer to call it, the "Flying Bum," was successfully airborne for 100 minutes before it attempt to land at its base at Cardington airfield in Bedfordshire, England. Though its landing looks extremely slow and cautious in a YouTube video (which you can watch below), something clearly goes wrong; the aircraft noses down and smashes into the ground in comically slow fashion, damaging its flight deck area in the process. Neither the Flying Bum's pilots or its ground crew were injured as a result of the incident.

In a statement, Hybrid Air Vehicles said it would be investigating why and how the incident took place. Though earlier reports stated the massive aircraft ran into some sort of pole mid-air, Hybrid Air Vehicles took to Twitter to confirm that was not the case. It is unclear if there was any specific mechanical failure that caused this crash.

The accident comes one week after the Flying Bum's initial test, which was far more successful...in that it didn't crash into the ground and damage itself.

The Airlander 10 is an aircraft that combines elements of an airplane, dirigible, and helicopter into one, vaguely butt-shaped package. It stretches more than 302 feet long and is capable of traveling of up to 92 miles per hour.

Down the road, Hybrid Air Vehicles intends for the Airlander 10 to be capable of staying airborne for roughly five days straight. For now, though, the engineers and pilots will presumably be focused more on making sure they can reliably stick the landing.