The extrovert's Lamborghini looks awfully good on the track. 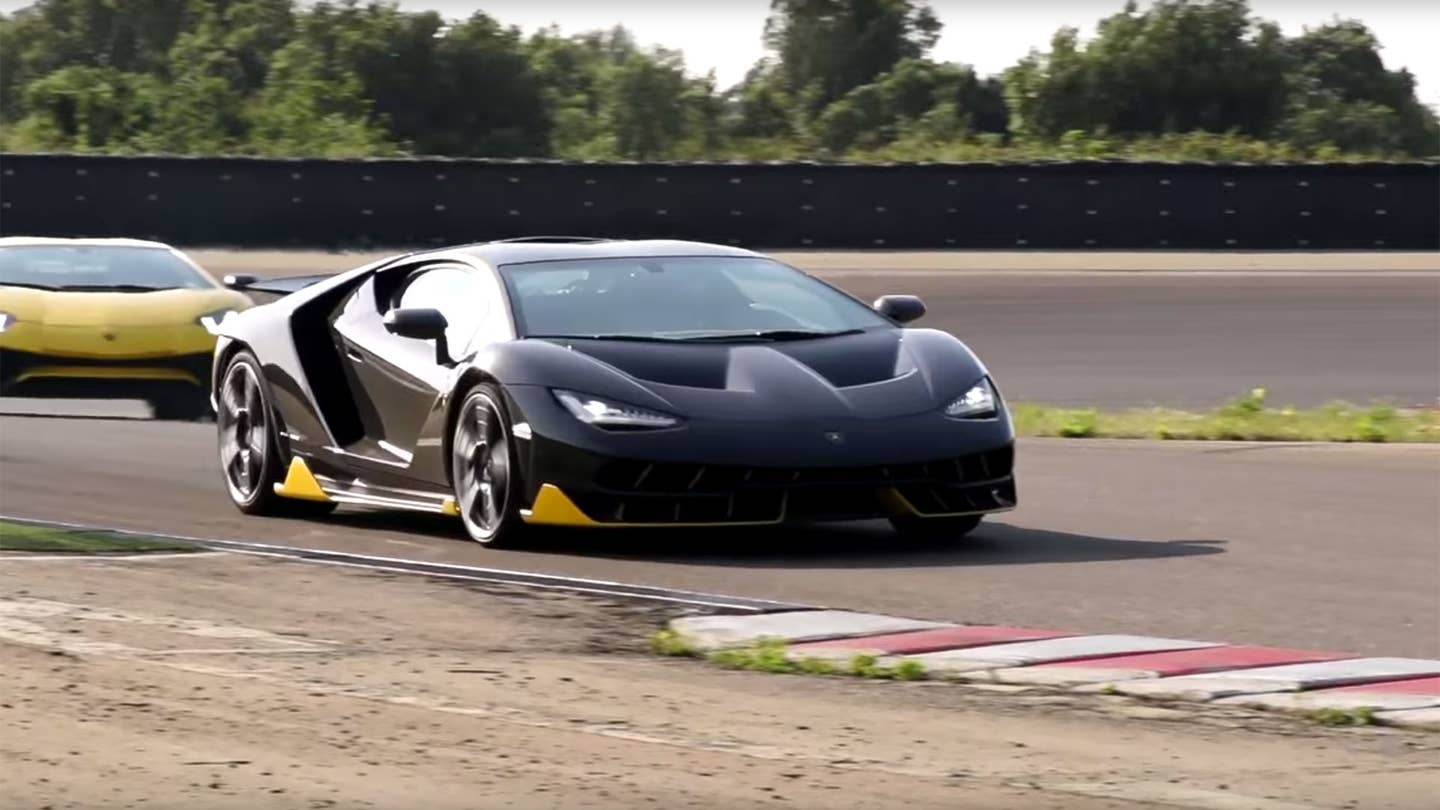 Months after its triumphant reveal at the Geneva Motor Show, the Lamborghini Centenario has hit the famed Nardo Ring is in all its Ferruccio-saluting glory. Supercar spotters have already caught this Lambo on the roads of Italy; now it's time for the supercar to hit the track.

To mark the supercar's upcoming release into the wild, Lamborghini unleashed the multi-million dollar Centenario at Italy's famed Nardo Ring track, now home to Porsche's Nardo Technical Center. (Based on the font seen at 0:16, we're guessing the Lambo guys stole the satellite image from their corporate cousins, but that's neither here nor there.) Let loose in the midst of a pack of Aventadors, the carbon-fiber-bodied wonder manages to do the impossible as it bobs and weaves along the track's twists and turns: It makes other Lamborghinis look plain.

Latest in a long, proud line of limited-edition, ridiculously-expensive supercars, the Lamborghini Centenario is based on the Aventador; it shares the "plebeian" supercar's V12 engine, albeit cranked up to 760 horsepower for duty in the car designed to pay tribute to the 100th anniversary of founder Ferruccio Lamborghini's birth. And while that wide carbon-fiber body could make a Humvee feel skinny, the Centenario's claimed curb weight of a little more than 3,000 pounds means it can rip from 0 to 60 miles per hour in a claimed 2.8 seconds on the way to a reported 217 mph top speed, according to its maker. Not quite as extreme as some of the other supercars in the $2+ million category, sure—but few cars past or present can match the Centenario when it comes to visual pizzaz.

Oh, by the way, Lamborghini: Don't think we at The Drive didn't notice that frame of the electronic sign reading "LAMBORGHINI CENTENARIO 1st MEDIA TEST." We noticed. Just as we noticed the lack of an invitation in our collective inboxes.