Are you ready for a Tesla semi-truck? 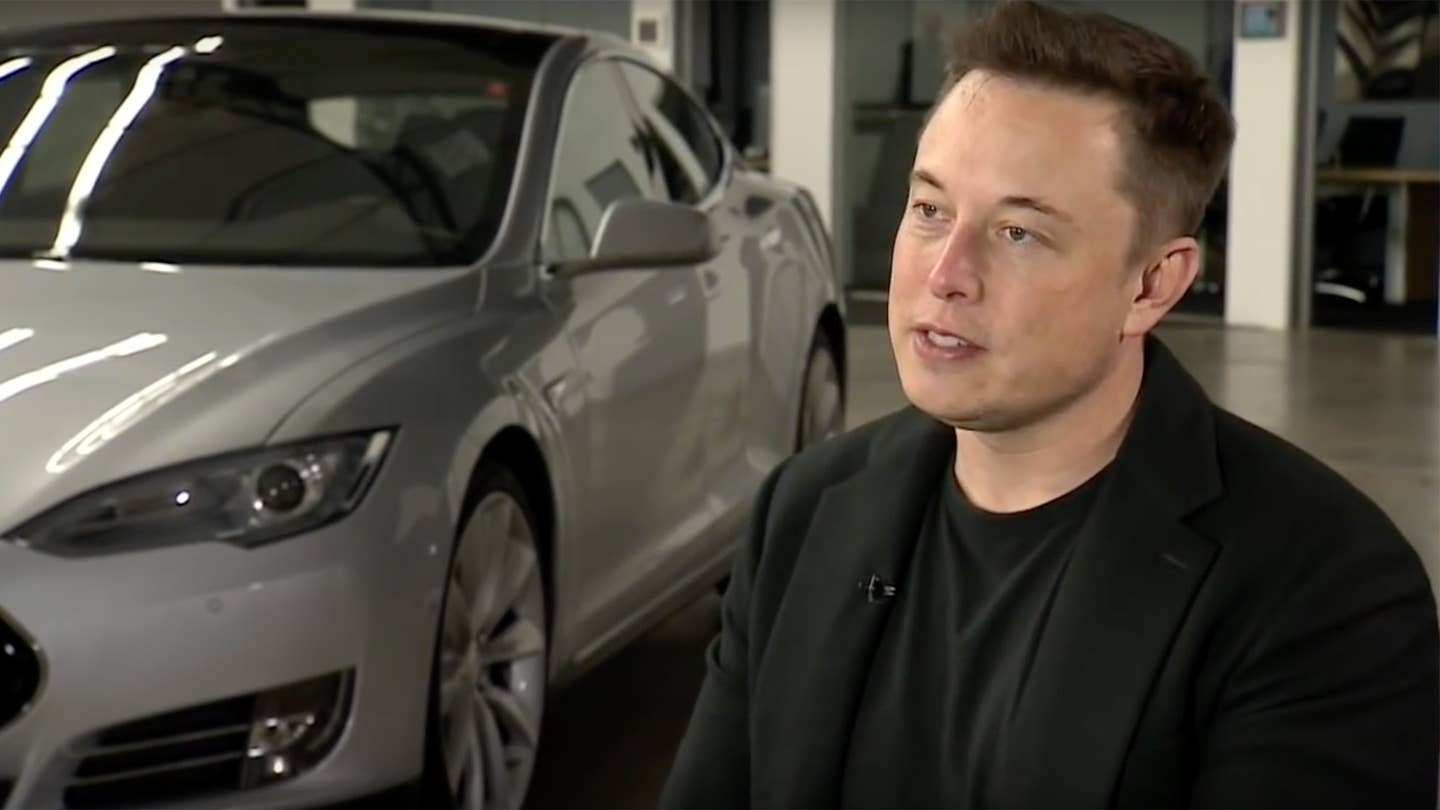 After a tremendous buildup, the likes of which has not been seen since LeBron took his talents to South Beach, Tesla Motors CEO Elon Musk has revealed his “Master Plan.” The announcement came just before 9:00 p.m. EST on Wednesday via the electric automaker’s website. That post can be viewed in full here.

Quick summary: As expected, Musk wants to combine Tesla with SolarCity Corp., the solar energy firm of which he’s chairman of and holds a 22 percent stake. The idea is to “create a smoothly integrated and beautiful solar-roof-with-battery product.”

He says there are no plans for a cheaper, sub-Model 3 variant. Instead, Musk is going to bring Tesla into heavy-duty trucks and urban transport.

“Both,” he writes, “are in the early stages of development at Tesla and should be ready for unveiling next year. We believe the Tesla Semi will deliver a substantial reduction in the cost of cargo transport, while increasing safety and making it really fun to operate.”

So yeah. That’s a big deal.

Autonomy, according to Musk, it critical to the plan. He wants to downsize urban transport, and “transition the role of bus driver to that of fleet manager.”

The man then goes on into an impressive amount of detail on his bus layout:

“Traffic congestion would improve due to increased passenger areal density by eliminating the center aisle and putting seats where there are currently entryways, and matching acceleration and braking to other vehicles, thus avoiding the inertial impedance to smooth traffic flow of traditional heavy buses. It would also take people all the way to their destination. Fixed summon buttons at existing bus stops would serve those who don’t have a phone. Design accommodates wheelchairs, strollers and bikes.”

He also imagines Tesla’s ‘summon’ feature as a tool for a shared fleet:

“You will also be able to add your car to the Tesla shared fleet just by tapping a button on the Tesla phone app and have it generate income for you while you’re at work or on vacation, significantly offsetting and at times potentially exceeding the monthly loan or lease cost. This dramatically lowers the true cost of ownership to the point where almost anyone could own a Tesla. Since most cars are only in use by their owner for 5% to 10% of the day, the fundamental economic utility of a true self-driving car is likely to be several times that of a car which is not.”

The Master Plan ends with the following note about Autopilot, and NHTSA’s ongoing investigation thereof:

“I should add a note here to explain why Tesla is deploying partial autonomy now, rather than waiting until some point in the future. The most important reason is that, when used correctly, it is already significantly safer than a person driving by themselves and it would therefore be morally reprehensible to delay release simply for fear of bad press or some mercantile calculation of legal liability.

According to the recently released 2015 NHTSA report, automotive fatalities increased by 8% to one death every 89 million miles. Autopilot miles will soon exceed twice that number and the system gets better every day. It would no more make sense to disable Tesla's Autopilot, as some have called for, than it would to disable autopilot in aircraft, after which our system is named.

It is also important to explain why we refer to Autopilot as ‘beta’. This is not beta software in any normal sense of the word. Every release goes through extensive internal validation before it reaches any customers. It is called beta in order to decrease complacency and indicate that it will continue to improve (Autopilot is always off by default). Once we get to the point where Autopilot is approximately 10 times safer than the US vehicle average, the beta label will be removed.”

The post explains a number of things, and it’s only the beginning of a weeks-, nay, months-long deluge of analysis to follow. But, for now, just know this: Tesla Semi is coming.