A loose assortment of parts, transformed into a tribute to classic Jeeps past. 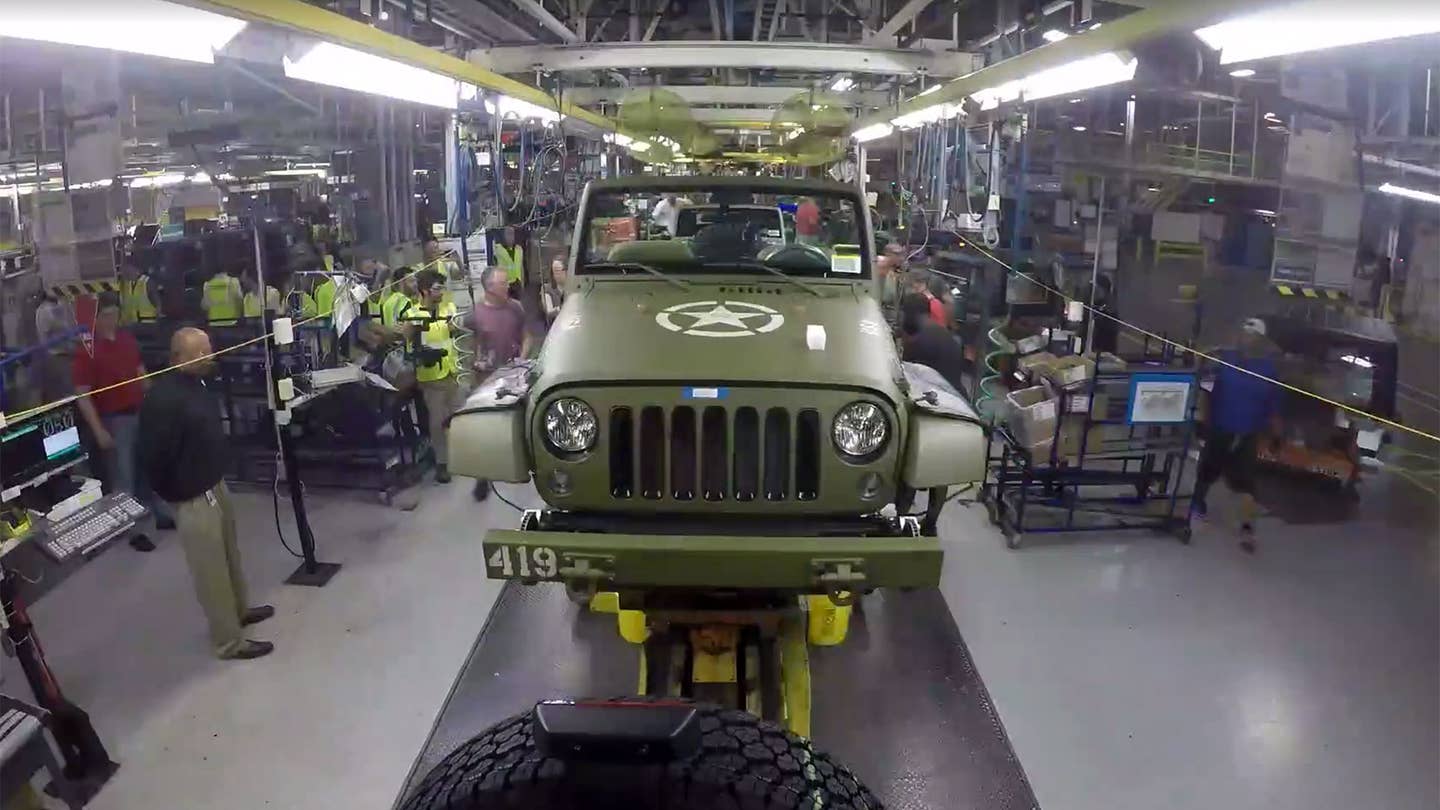 Last week, Jeep had us at The Drive drooling all over our keyboards for the special-edition Wrangler built to commemorate 75 years since the original Willys MB Jeeps were first awarded a government contract for use in World War II. Unlike most concept vehicles, however, the Jeep Wrangler 75th Salute was built on an assembly line —and Jeep has since uploaded the footage to the inter webs to allow us to continue our shamelessly uncontrollable salivation.

In case you somehow forgot about the Jeep Wrangler 75th Salute over the weekend, let The Drive bring you back up to speed. (It's a Wrangler, so it won't be a very high speed.) This special edition concept car comes without doors or B-pillars, but it does come with steelies wrapped in what are basically 32-inch tractor tires, exposed steel bumpers, and a coat of olive-drab green paint. The 75th Salute is pushed along by the Pentastar 3.6-liter V6 engine, which is mated to a six-speed manual. Essentially, it's a lighter, meaner, and exceptionally retro Wrangler. Sadly, you can't have one; Jeep only built the one, and that will likely be the only one the SUV company ever makes.

To make up for that sad fact, Jeep has uploaded video of the 75th Salute being built directly to the carmaker's Facebook page. The automaker had documented pieces of the assembly process on Snapchat, but this video gives us a chance to watch a sped-up clip of this American beauty being built in one fell swoop. It's a tribute to Jeep's past and present alike; while the Wrangler pays tribute to its predecessors, it's just as inspiring to see the hundreds of people hard at work building these off-roaders in the massive factory.