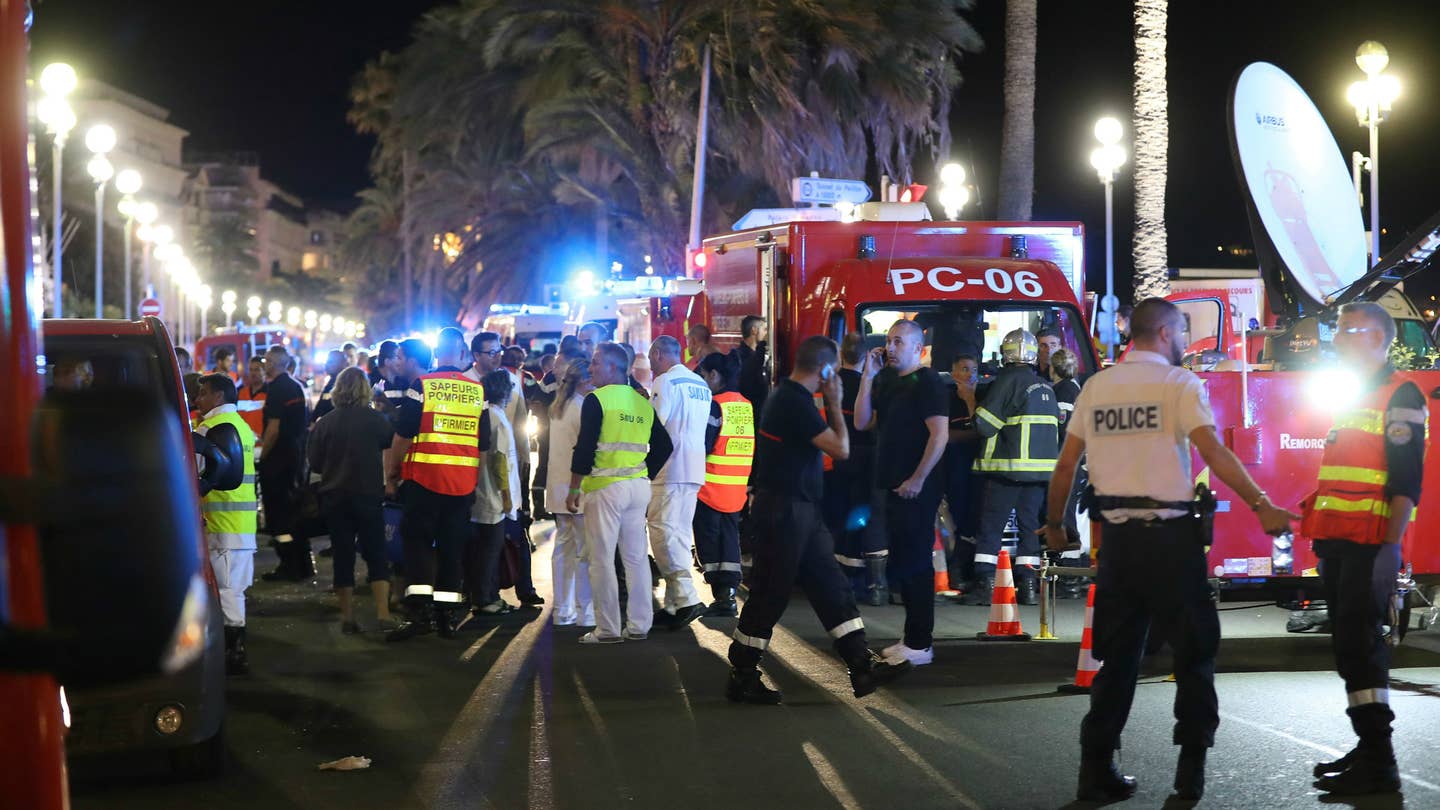 At least 77 people are dead following a vehicular attack in Nice, France, late Thursday evening. According to reports, a white truck drove into a large crowd celebrating Bastille Day, and began intentionally striking pedestrians for 1.2 miles along Boulevard des Anglais, the city’s main drag. The driver, male, was then shot dead by police.A French lawmaker tells Reuters that guns and grenades have been discovered inside the truck. Citing a local official, CNN affiliate BFM-TV is reporting that the tragedy is being investigated by an anti-terrorism unit.

This is a developing story, and will be updated with more details as they become available. In the meantime, some various quotes emerging from around the web:

“Nothing was out of place. And then, all of the sudden, thousands of people started running toward us, screaming, crying, absolutely out of control. So we had no choice but to start running with them … there were strollers on the ground, people crammed into restaurants.” - Sophie Sanderlands, witness, per The Guardian.

"You can see wreckage all along the way, a body, bicycles, street lamps and debris everywhere." - Eric Dartell, witness, per CNN.

“This is the worst catastrophe our region has seen in modern history. We now have to mobilise all of our services, all the psychologists, volunteers who are trained to help fellow human beings. We will work with the imams, priests and rabbis who will also join us to help the victims and families who are suffering and will probably never heal their wounds ... I want to thank people who welcomed passersby and those people who show us tonight that hopefully, solidarity still exists in a world that is too egoistical and individualistic.” - Christian Estrosi, President of the Regional Council of Provence-Alpes-Côte d'Azur, in a statement.

"We had no idea what was going on, it was complete chaos." - Grace-Ann Morrow, witness, per The Telegraph.

"We stand in solidarity and partnership with France, our oldest ally, as they respond to and recover from this attack. On this Bastille Day, we are reminded of the extraordinary resilience and democratic values that have made France an inspiration to the entire world, and we know that the character of the French republic will endure long after this devastating and tragic loss of life." - President Obama, in a statement condemning the attack.