A hilarious chapter of Doug DeMuro’s automotive origin story, a $3,500 Mitsubishi i-MiEV, and a whole lot more in this week’s Car Bibles roundup. 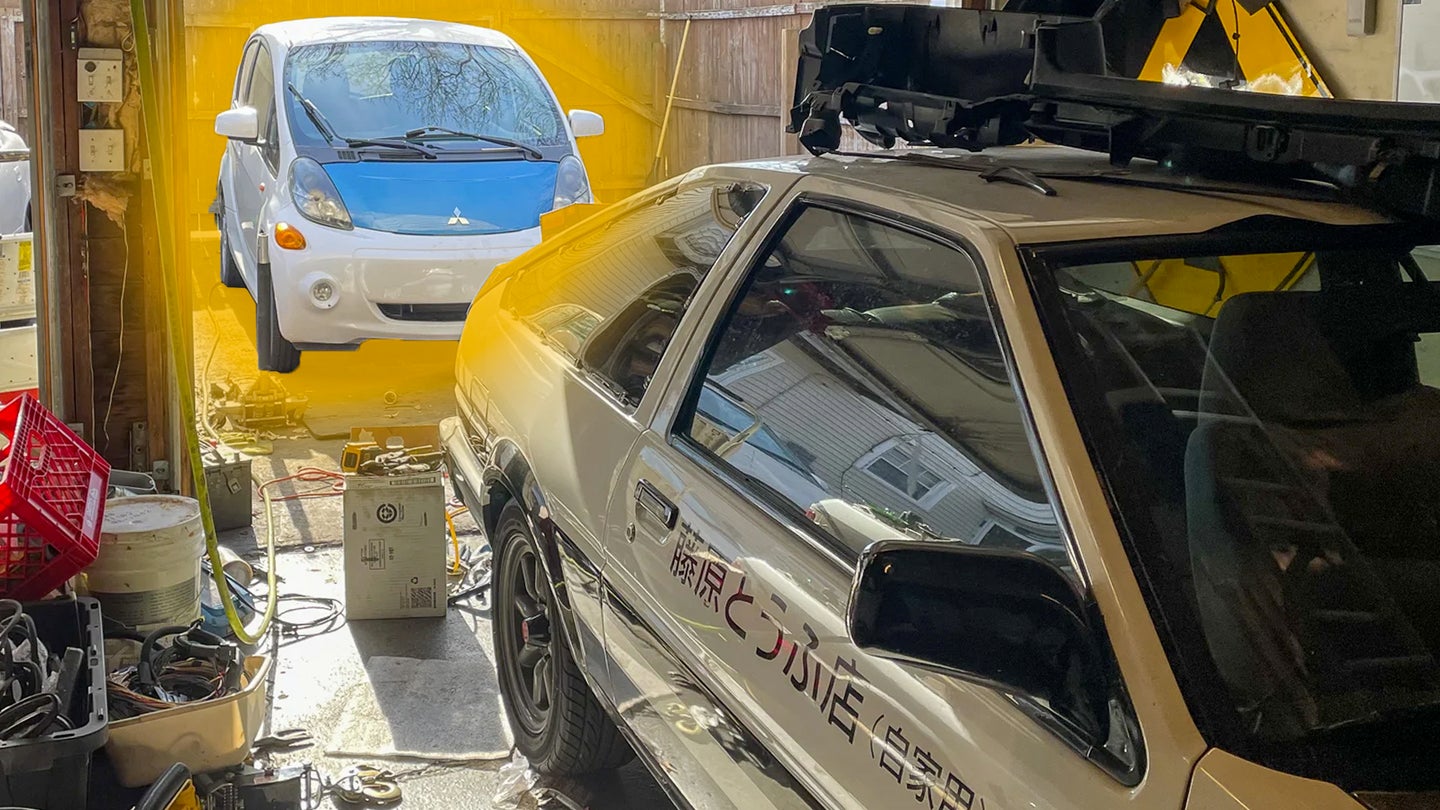 This week on Car Bibles, I'm happy to share that my good friend and occasional colleague Doug DeMuro made a special guest appearance to share a particularly hilarious chapter of his automotive origin story. Meanwhile, our own regular crew is getting into some very ambitious new projects, and we've got reviews of two of today's most interesting new cars.

I'll let Doug speak for himself because he's in fine form with the column below. But don't miss Kevin Williams' Tesla Model 3 take, Peter Nelson's Ford Bronco review, or the first real look at our $3,500 Mitsubishi i-MiEV project either!

Our flagship of the week was this guest post from the one and only Doug DeMuro. He shared part of his automotive origin story for our series about screwups called "Car Confessions and Hard Lessons."

"Before I explain why this was such a mistake, allow me to provide a little history here. When I graduated from college in 2010, I simultaneously accepted jobs working for Porsche Cars North America by day and writing articles for Autotrader on evenings and weekends. Putting the two jobs together earned me over $100,000 per year, which was more money than I could then fathom, as a 21-year-old whose primary source of wealth, up until that point, was a plastic card issued by my university that was refilled periodically by my parents so I could eat Froot Loops in the dining hall.

"Another important point here: back then I lived in Georgia, which had the incredible advantage of having no sales tax on private car sales. If you were an individual, and you bought a car from an individual, you paid no sales tax. And, dear reader, there is nothing on the planet more dangerous than a 21-year-old with newfound money who doesn’t have to pay taxes on his purchases."

As Kevin Williams writes: "If you’ve read about my past car-buying adventures, you know I can never buy a car that runs 100 percent, it has to have some sort of defect I need to fix. In the i-MiEV’s case, it has a few little issues that I’m morbidly excited to diagnose. The car drives fine in Eco and B modes, but it can’t drive faster than 30 mph in D. The EV “check engine light” is intermittently on, the interior is dirty, the previous owner spilled paint on the back seat, the shifter doesn’t correctly go in the gates, and the car desperately needs a wheel alignment."

Tesla Model 3: A Cross Between a BMW and an iPad in the Best and Worst Ways

From Kevin Williams, who's testing a big crop of electric cars in the midwest at the moment: "You can’t talk about electric cars without mentioning Tesla. But since the outfit effectively replaced its PR department with the CEO’s trolly Twitter account, we had to get a little creative to include one in our big Midwestern EV test. The 2019 Tesla Model 3 Standard Range Plus we were able to grab off the car rental app Turo stickered for about $39,990 when it was new, putting it on par with some other EVs we’ve looked at. The Tesla’s price tag has a big asterisk on it, though. We’ll get into that, and everything else we’ve come to appreciate, in this review."

I Barely Broke Even Flipping This Derelict Ford Fiesta

Writer Kevin Williams talks about his experience trying to make money off a busted old Fiesta here... he had a tougher time than he usually does with flips.

"When I applied to work here at Car Bibles, I sold my skills hard in the cover letter. 'Oh yeah, I’ve flipped more than 35 cars and only lost money twice,' I said as I tap danced and backflipped, in an effort to win a paying job bringing you the content of me royally fucking up. I don’t know whether the blog-o-sphere is cursed or what, but my recent cars have not been great, even though they were solid on paper. I did manage to make a profit on this Ford Fiesta, but it wasn’t easy."

Car Bibles writer (and old Land Rover owner) Peter Nelson drove and reviewed a new two-door Bronco. "I couldn’t help but extensively ponder the question: Is the new Bronco more like what enthusiasts think the new Defender should have been?" In this one, he gets into how well Ford blended old-school charm with modern tech. And how the vehicle's vibe compares to his own old truck.

Don’t Call This S2000-Powered Nissan Figaro ‘Cute,’ Because It Can Beat Your Ass

This headline was pitched as a joke (I think) but we all agreed it was perfect. This car seems to combine creativity with the chaotic energy of an escaped zoo animal, making it very much in the Car Bibles wheelhouse.