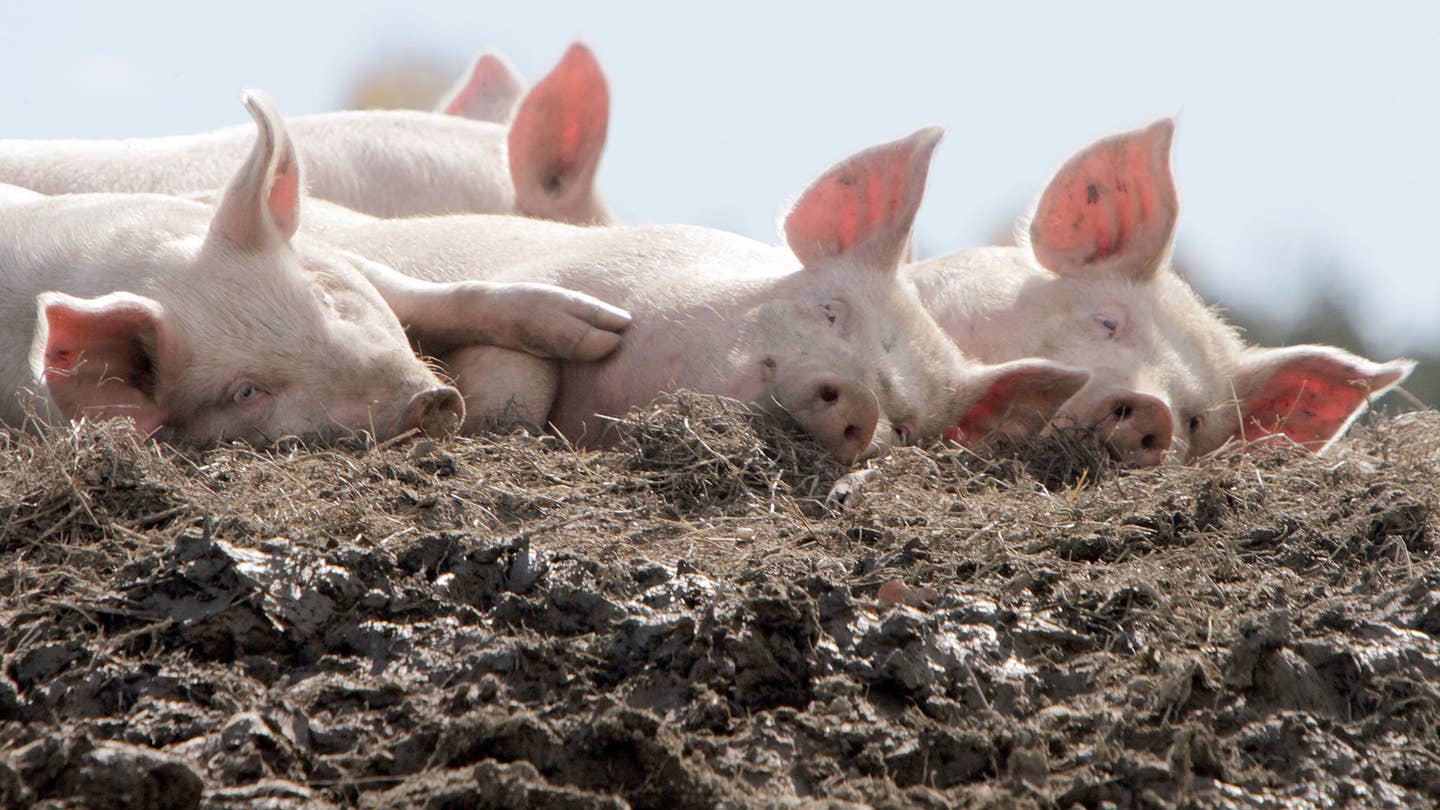 Through the wonders of science, researchers have found a way to transform pig poop into asphalt capable of being used for road construction. And as it turns out, not only would this manure-based road material helping to protect the environment in multiple ways—but it also could prove far cheaper than methods that don't involve turning pig poop into asphalt.

The latest effort to transmite pig manure into roads comes from Dr. Elham Fini at North Carolina Agriculture & Technology State University’s Sustainable Infrastructure Materials Laboratory, who spent eight years leading research into thermochemical liquefaction to produce a greener binding material derived from porcine defecation. The product her team came up with winds up being around half as expensive as the petroleum-based competitor, and it has already been approved by the U.S. Department of Transportation.

Turning pig manure into a road construction material is a tricky process, but to put it as simply as possibly, it's basically: livestock waste + heat + pressure + oxygen = bio-oil. In case you're unfamiliar with the term, bio-oil is a synthetic version of oil produced from renewable resources such as wood, algae, or in this case, Wilbur’s scat. The pig poop works particularly well because it’s full of oils similar to those in genuine petroleum. The promise of renewable bio-oil is in replacing less-quickly-renewable petroleum-based products, a swap that can deliver rather large financial and environmental benefits.

The NCA&TSU team are the third major player to work on the alchemy of turning swine shite into asphalt. Innoventor, a company headed by a former McDonnell Douglas engineer, worked with Pace Construction to pave a section of road near Six Flags St. Louis with pig-poop asphalt in 2010. In 2012, Ohio company NuVention Solutions began selling “bio resource resin products” made from bio-oil, like asphalt pitch, agriculture fertilizer coatings, and roofing materials.

Fini and her collaborators have formed the Bio-Adhesive Alliance for large-scale manufacturing , and the initial signs look good for production, Fini said her material can work with a higher percentage of recycled asphalt than the traditional binding agent, reduces the CO2 emissions of construction operations, and holds up well in cold weather—an assertion born out by the Missouri Department of Transportation, which said Innoventor’s trial stretch of pig poop asphalt near St. Louis “shows no signs of deterioration” and “appears to be performing well after having been in place for a year.”

Today's edition of Drive Wire also covers this story; check it out below.