Ferrari F40 Burns To The Ground On Japan’s Hakone Turnpike

Pour one out today for another one of Maranello’s best. 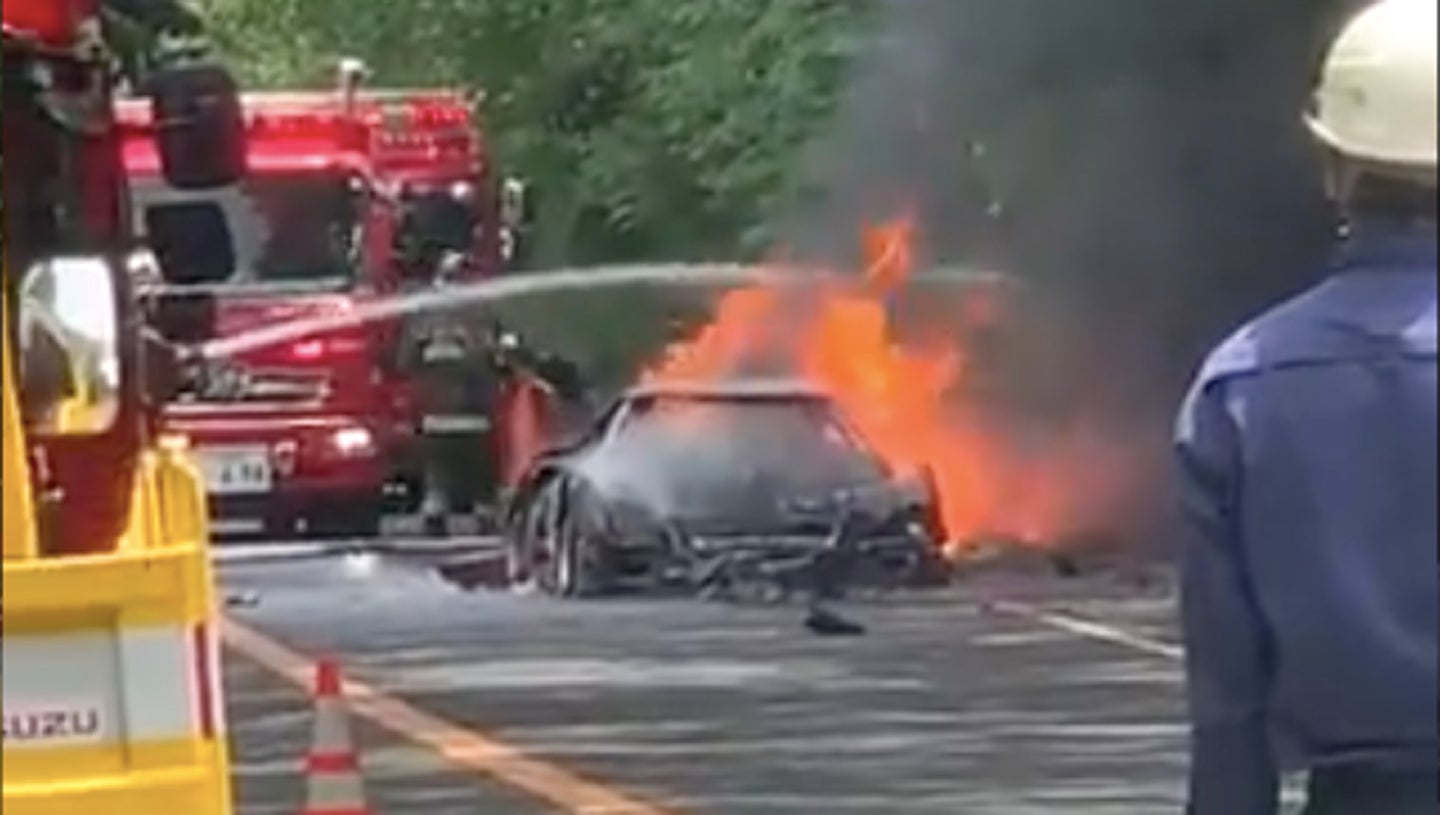 Bad news today for fans of one of Ferrari's greatest works: A Ferrari F40 caught fire during a drive on Japan's Hakone Turnpike this weekend, and if the video and social media posts showcasing the blaze are any indication, this will not buff right out.

As reported by Yahoo! Japan and picked up by AutoEvolution and other English-language outlets, the twin-turbocharged conflagration occurred at an unspecified point on the turnpike on Saturday, May 8. The couple inside the car reportedly pulled over and escaped when they noticed smoke from the engine bay.

Here's a Japanese-language broadcast with footage of the fire:

Thankfully, no one was injured, but the car burned to the ground and appears to be a total loss. The cause of the fire remains unknown. AutoEvolution speculates a loose fuel hose or line could've leaked gasoline on the hot exhaust, but who knows. Intense heat, hard driving, age, mechanical complexity and build quality can all factor into supercar fires.

The F40 should need no introduction, but in case it does, it was Ferrari's range-topping supercar in the late 1980s and early 1990s. Powered by a 2.9-liter twin-turbo V8 mated to a five-speed manual, the 1,315 cars produced offered a visceral, unrefined and decidedly analog supercar experience. It remains one of Ferrari's most iconic models today, and losing one to a fire is especially heartbreaking since Maranello isn't exactly making more of them.

Japan's Hakone Turnpike is a privately owned toll road found in the Kanagawa Prefecture. With its many sweeping corners and twists, the turnpike is an internationally renowned destination for sports car drivers, the Japanese motoring press, drifting enthusiasts and other local speed aficionados. It's even made some appearances in Initial D and its related media.

In other words, the turnpike is a pretty perfect place to have some fun in a car like an F40—at least until the traditional Italian supercar nemesis, fire, decides to rear its ugly head.

At least no one was hurt. Cars are replaceable, even the super rare ones. People are not.