More ambition than adhesion, as they say. 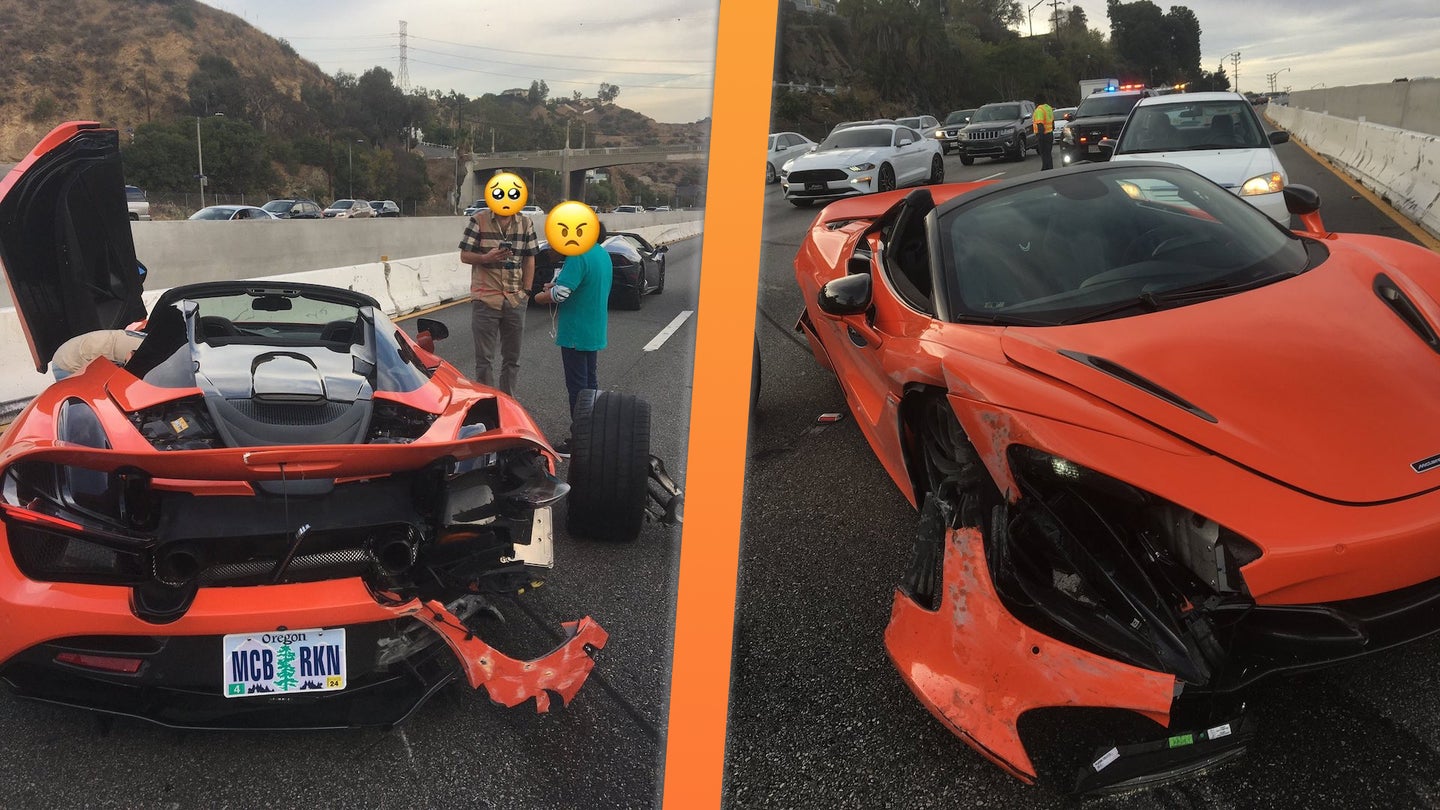 No matter how many times it's said, race car driver wannabes won't get the message: They aren't Lewis Hamilton, and if they want to unleash the full power of their Chevy Cruzes, they should at least do it where they won't hurt anyone else. Heeding this maxim is doubly important in a car as bewilderingly quick as a McLaren 720S, which, if you're not careful with when you rent one, you could end up swiping it into a wall and getting clowned by the California Highway Patrol for doing so.

So discovered the driver of a rented 720S Spider, whom the CHP reports crashed out on California's US 101 this Monday. The collision seemingly took place on Cahuenga Pass south of Universal City, on a questionably designed stretch of road that is consequently often jammed up. It's about as poor a place to race as one could pick, though that didn't stop the driver of this McLaren, who was allegedly attempting to run against the Lamborghini Huracan Spyder in the background of the CHP's photos.

No account of the crash was given, but the damage to the McLaren tells plenty about what went down; the car was walloped on the passenger's side hard enough to shear off its suspension. Based on skid marks visible in the background of one image, the driver seems to have jammed on the brakes, which caused the remaining tires to drag the car leftward across five lanes of traffic. A puddle of coolant or hydraulic fluid suggests a possible frontal impact with the highway's divider, though not one nearly as violent as the initial hit, as the airbags did not deploy. Either way, the incident was enough to turn this McLaren into a McBroken, as its license plate seems to read.

Though the CHP misidentified the 720S as a 570S, one need not be a car spotter to recognize incompetent driving and rib the responsible party. Fortunately for the driver of the McLaren, this injury to their pride was reportedly the only one they sustained. As for their wallet, however, the prognosis isn't good.

Don’t be dumb, especially next to a car that’s got cameras at every corner.