Better be ready to dash for your Uber once it shows up. 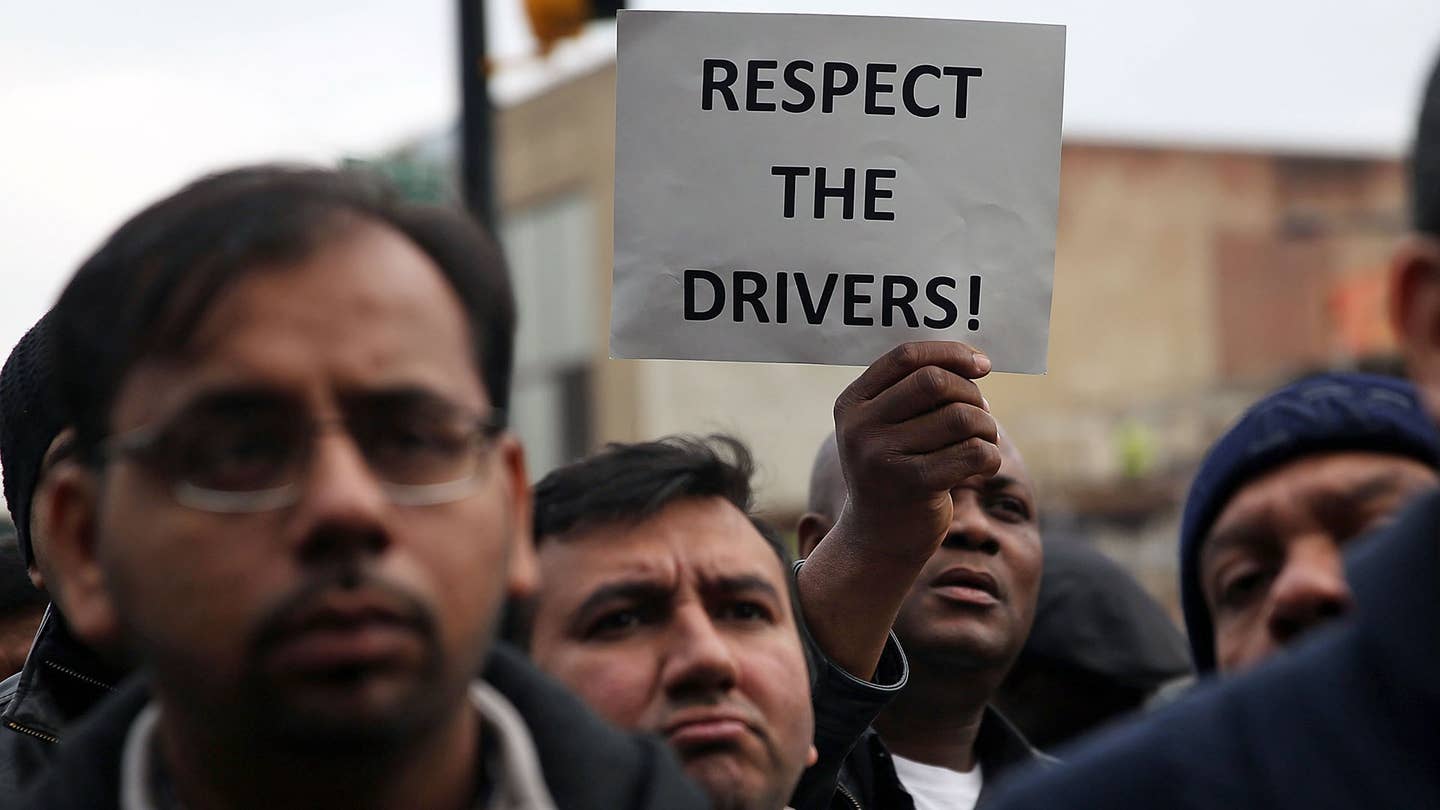 Update: This post has been updated to reflect statements made by Uber.

Uber may be the first name on the public's lips when it comes to ride-sharing, but the startup is a good bit less popular with the folks who make up the lifeblood of the company—the drivers. Polls on driver satisfaction have widely varied, but a recent one found only 48 percent of respondents say they enjoy driving for Uber.

So to combat decaying morale amongst the sentient meat-sacs the company's business model currently depends upon, Uber used its blog yesterday to announce a new batch of upgrades designed to make life easier for drivers...one of which has the potential to make life more irritating for riders.

Most notably, the Uber app will now begin charging tardy riders a late fee if they take more than two minutes to hustle to their car once it pulls up. The company says beta testing of the system has proven successful in getting riders to hurry down to their cars. (Which makes sense, seeing as how people generally tend to dislike wasting money.) Uber tells The Drive that users will be given a certain window to cancel without penalty; when the late fee does kick in, it will be charged per minute, with exact rates varying depending on the city. The system is currently operational in New York, Phoenix, Dallas, and New Jersey; Uber says it will add on Portland, Houston, and other cities later this month.

The other upgrades should be much less frustration-inducing from the passenger's side of the Uber experience. Drivers will now be able to block all incoming summonses if they plan on knocking off for a while after transporting their current passenger, rather than having to constantly decline incoming ride requests. The company says it will be implementing the feature in select U.S. and international cities later in June.

Uber drivers who want to go out and blow off some steam at the bars after a long day of transporting people around town can now score discounts on their own Uber rides in certain cities. The pilot program gives drivers 15 percent off an UberX ride if they complete 10 trips or more a week, or 50 percent off an UberBlack ride for every 20 trips or more they knock out. If it proves a success—and considering one in four Uber drivers reportedly also use the service for rides, it seems likely—the company says it will make it permanent. UberX discounts are currently available in Chicago, while UberBlack price reductions are being offered in Boston.

And a new feature called "Driver Destinations" allows drivers to input a personal destination such as an office or home before they start driving, at which point Uber will only ping them with ride requests that fall along that route. (The feature can only be used twice a day, presumably in order to keep drivers from abusing it.) The system is currently online in San Francisco, as well as cities in India and China; Uber says it will be implementing it in Washington D.C. and Atlanta this week, as well as other locations.