Welcome to SubTropolis, a Giant Underground Industrial Park and Road Network Built in an Old Mine

Rent is cheap and it’s always 68 degrees—which is perfect for more businesses than you may realize. 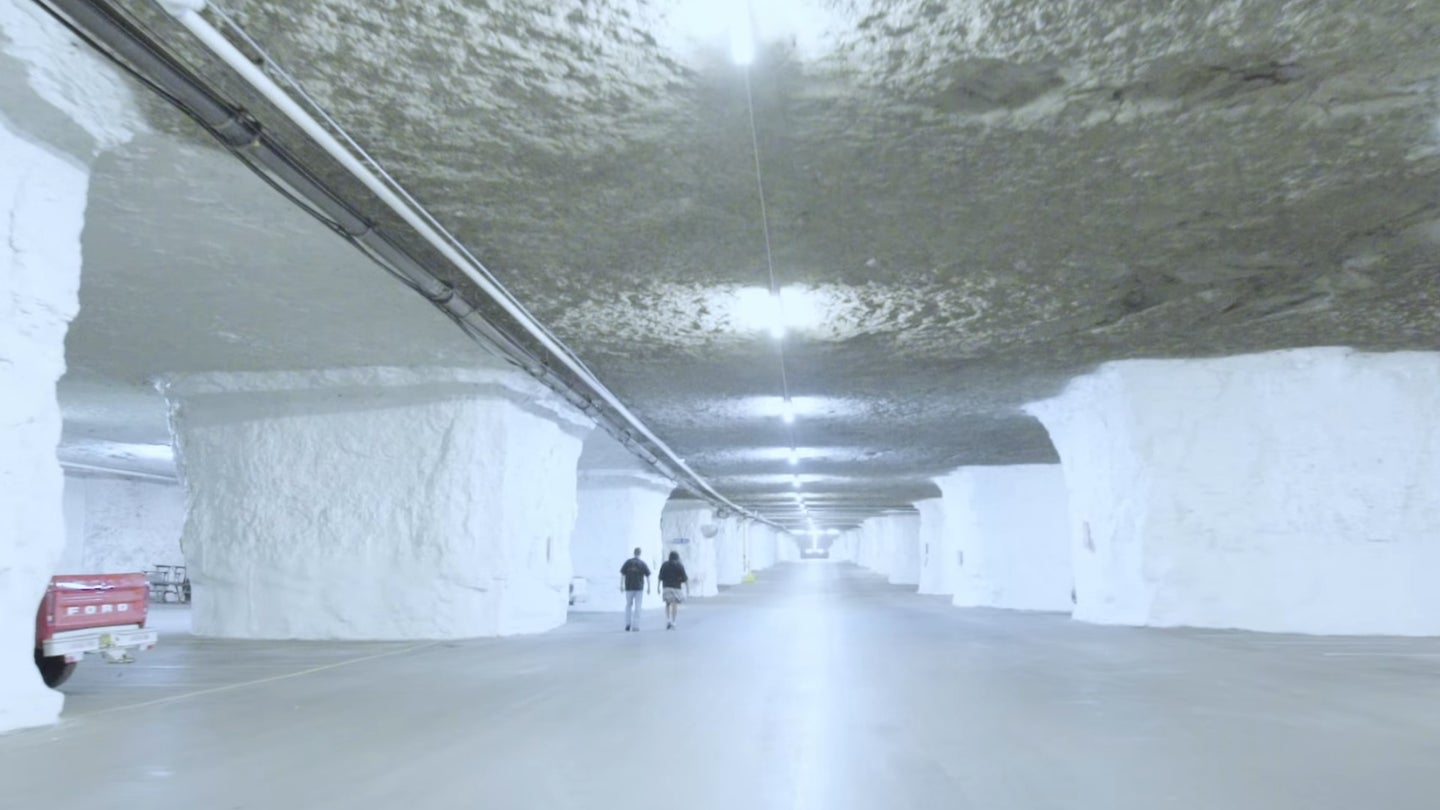 Finding a cheap place to live is hard enough, but finding cheap office space can often be even harder. It may seem like a drastic step to hollow out a massive limestone formation to make an affordable and comfortable office area for people to work in, but what if there's already a nice, big, abandoned mine nearby? This is the story of how the former Bethany Falls limestone mine became the so-called world’s largest underground business complex, and one that's still in use today.

In 1964, businessman Lamar Hunt decided to pull the trigger on SubTropolis, which is, you guessed it, a massive underground metropolis (well, it's an industrial park, but who's counting) built in a former mine site 150 feet below the surface of Kansas City, Missouri.

As CNN Business once reported, the project came into being as mining operations dropped off after the 1940s, leaving a vast and empty space behind. Real estate firm Hunt Midwest had the fairly brilliant idea of turning into an industrial office complex instead; they continue to manage it today. A few things made the site attractive, but the primary reason for choosing this location is that the mine is actually above ground, meaning traffic can go in and out of the Substropolis without the use of a cumbersome mining elevator.

And the facility isn't just a tunnel with the occasional outcropping for offices. It's 1,100 acres, or about 1.7 square miles of "room and pillar" mine, meaning there's a massive grid of 16-foot-high, 40-foot-wide wide tunnels running through the entire facility, separated by 25 ft square limestone pillars. Because of this layout, there are more than seven miles of paved roads running through the SubTropolis, and several miles of rail for trains as well.

While parts of it make no effort to hide the mine origins—huge stone columns appear to be a common sight—the unique conditions are actually ideal for a variety of businesses. According to Bloomberg, 1,600 people worked in the SubTropolis as of 2015. Many choose the location due to the relatively low rent, just $2.25 per square foot, and the constant 68-degree climate.

The postal service and a data storage facility count homes there, as do thousands of rolls of film kept in the underground labyrinth to prevent them from degrading. Classic pictures like The Wizard of Oz and Gone With the Wind are both kept in SubTropolis. The National Archives and Records Association also keeps tax records and federal court documents at the facility.

Indeed, warehousing is a popular use of the space down in the limestone maze. The Postal service isn't running an office down there, for instance. They rent out 500,000 square feet for storage. Just the same, other companies store things like unroasted coffee beans and educational supplies.

One of the most interesting aspects of SubTropolis, however, is that it's open to the public. Anybody can drive into one entrance of the mine and out another. That being said, it's not clear how exhaust fumes are removed from the facility. We assume the site has some manner of ventilation system, though.

So should you rent space in the SubTropolis? Sure, why not. You'll save a lot on heating and cooling, the rent is reasonable, you just gotta spend a little extra cash on Vitamin D supplements. But hey, if you're a vampire? Maybe the SubTropolis is perfect just how it is.