Sorry, Brian O’Conner: one does not simply yell out “NOOOOSSSSS.” 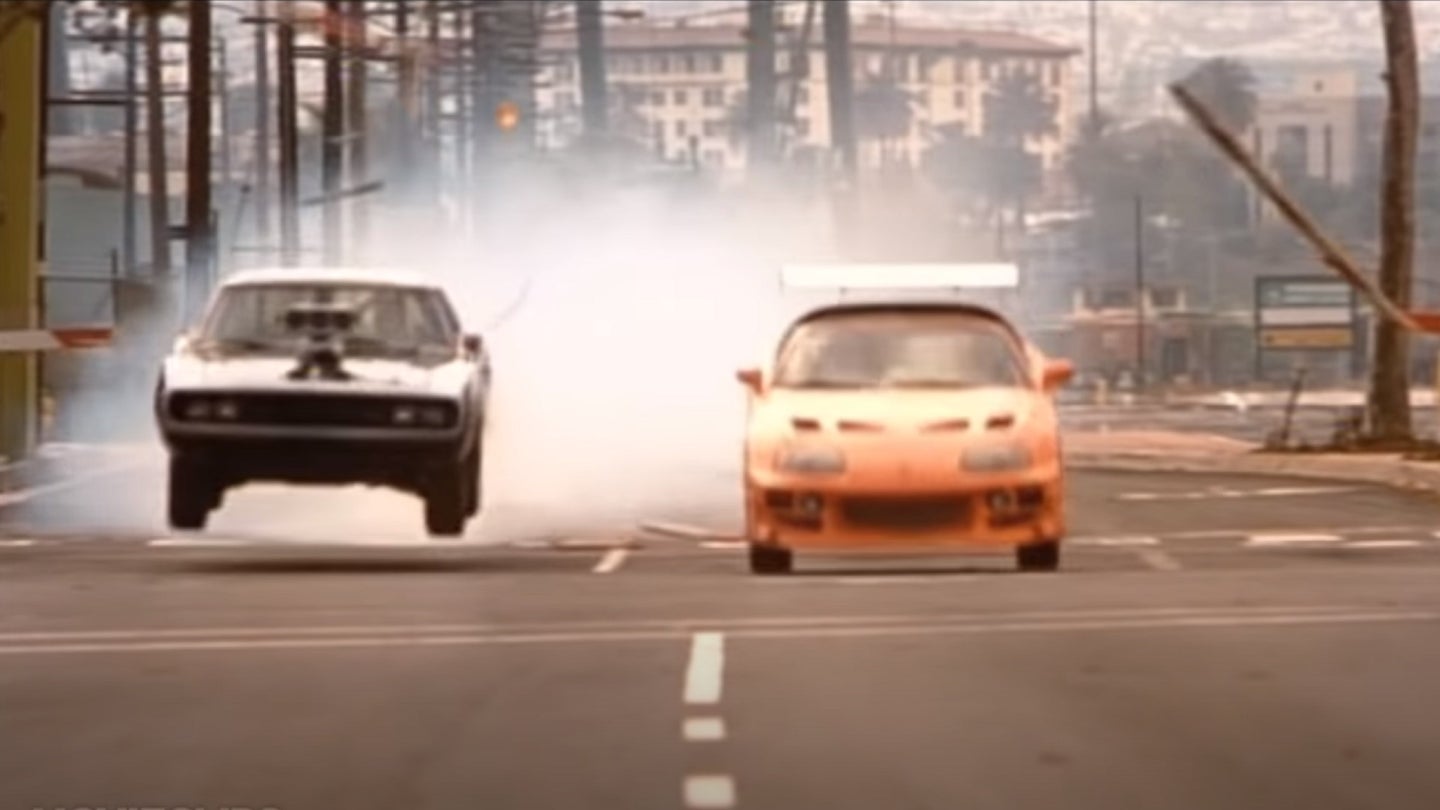 Rob Cohen, director of the first Fast & Furious movie aimed to be as authentic as possible with technical details of the movie. However, according to the movie's technical director Craig Lieberman, Cohen reportedly said that the “movie was not meant to appeal to gearheads. It was made to attract audiences who like action movies." Now, Lieberman's newest video exposes some of the film's biggest technical errors.

As we've covered before, Lieberman helped with finding the cars, the parts, and extras for various scenes. At the time, he was deeply immersed in the import street racing scene and was well connected, which benefited Universal Studios. Nowadays, he’s a YouTuber with a fervent passion for not only the Fast & Furious franchise but for technical perfection. He has owned more than 40 cars including a Supra, GT-R, and Maxima that played starring roles in the first movie.

For instance, one of the errors that Lieberman covers is where a truck follows a Supra with a white bumper. Nobody called it out until just this year, Lieberman says, but it was actually a Miata bumper on the roof, not a Supra bumper.

As a technical advisor, Lieberman had a chance to review the script and make recommendations for changes, but as he notes in his video, “I gave advice; they didn’t always take it.”

The net result is that some scenes wouldn’t be feasible in real life and some of them are just pure drama for the fun of it. But only the most ardent tuner superfans would pick them out.

For example, in the opening sequence during a truck hijacking, the lead Honda Civic has a double-decker rear wing. Then you’ll see later in the scene that it has a single wing; the second airfoil was removed to keep the stuntman from getting tangled up in it. Further, that same Civic slides under a semi-trailer as part of the plan, which would not be possible in real life. To help viewers suspend disbelief, the truck was custom made to be an extra 18 inches off the ground. Now you know.

I particularly enjoyed the explanations about what nitrous oxide does and what it doesn’t—and the improbability of the massive nitrous Mitsubishi Eclipse explosion. "You don’t have two nitrous systems on a wheezy naturally aspirated stock block 428 Eclipse," Lieberman scoffs in the video.

If you prefer your movie magic to be complete immersion, don’t watch this. Personally, I’d recommend you listen to all of the delicious details, and here’s Lieberman’s video explaining it all.