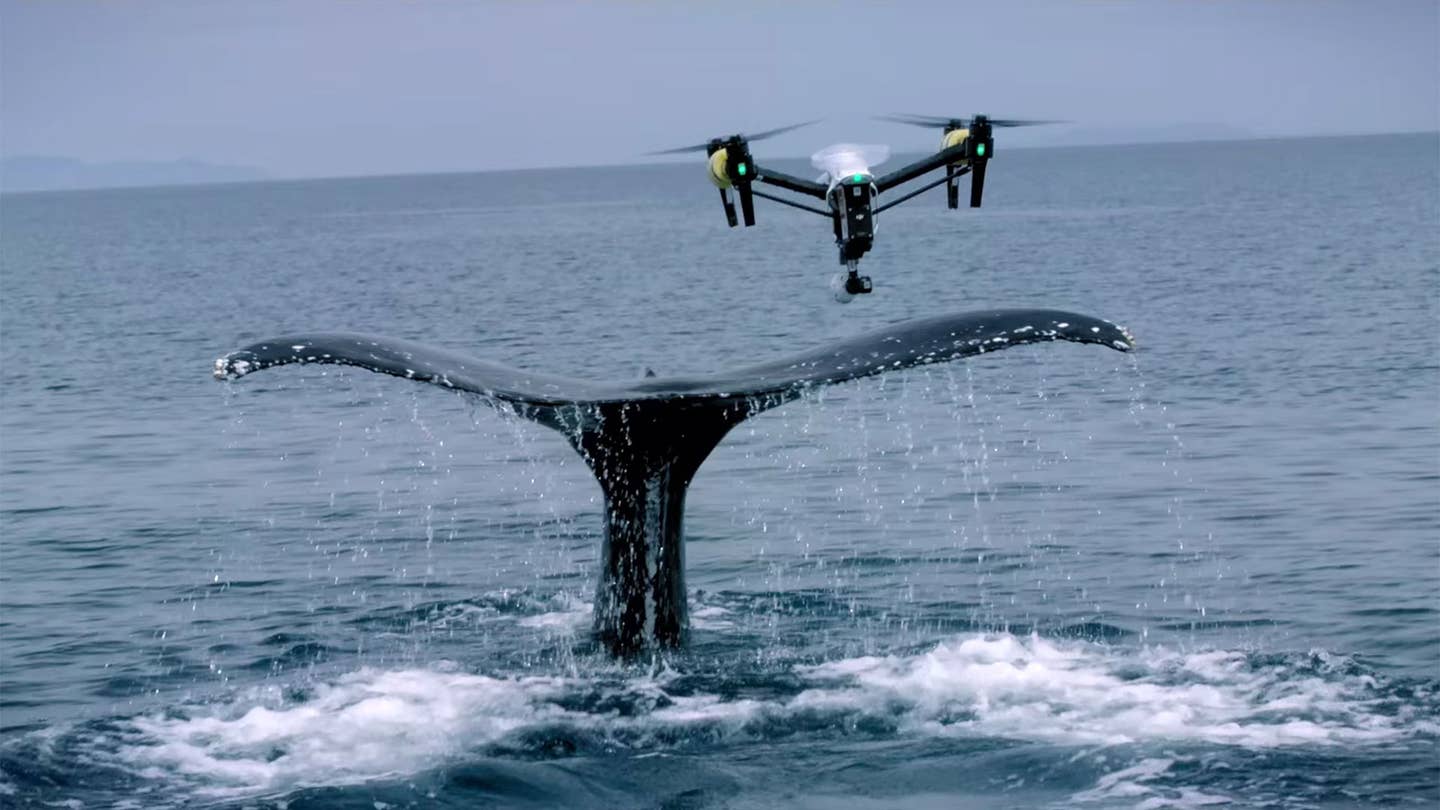 Drone manufacturer DJI and Ocean Alliance, a non-profit organization devoted to protecting whales and their environment, have come together to create what could be the ultimate research tool—at least, for a very specific aquatic task. Together, the two organizations have developed an Inspire 1 quadcopter drone designed to help researchers collect data and "fluid samples" from blue whales in the Sea of Cortez.

To ready the drone—nicknamed "Snotbot"—for its duties, researchers simply attached a few petri dishes to it. That's it. DJI said that the only truly difficult part of the new process is figuring out when a whale will exhale and spew its liquids once it surfaces.

Before researchers developed this method of tracking down and collect fluids, they were forced to use motor boats to pursue the whales to get close enough to shoot them with a dart, a press release from DJI explains. Because the whales have delicate ears, the noise from the motor boats could be cruel to the animals. Thanks to Snotbot, however, the chase has been eliminated, the whales are unbothered, and the researchers can do their jobs without having to waste time chasing after the massive mammals.

In addition to being used to capture whale fluids, the Snotbot is also used to get high-res pics of the whales the drone is collecting snot from. This allows researchers to be able to track which animals it's collecting samples from and keep an eye on them.

After realizing the Inspire 1's success, DJI and Ocean Alliance added a Phantom 4 drone to the fleet. Instead of petri dishes, though, the new drone collects snots with a stick and a cloth. Talk about high-tech upgrades.