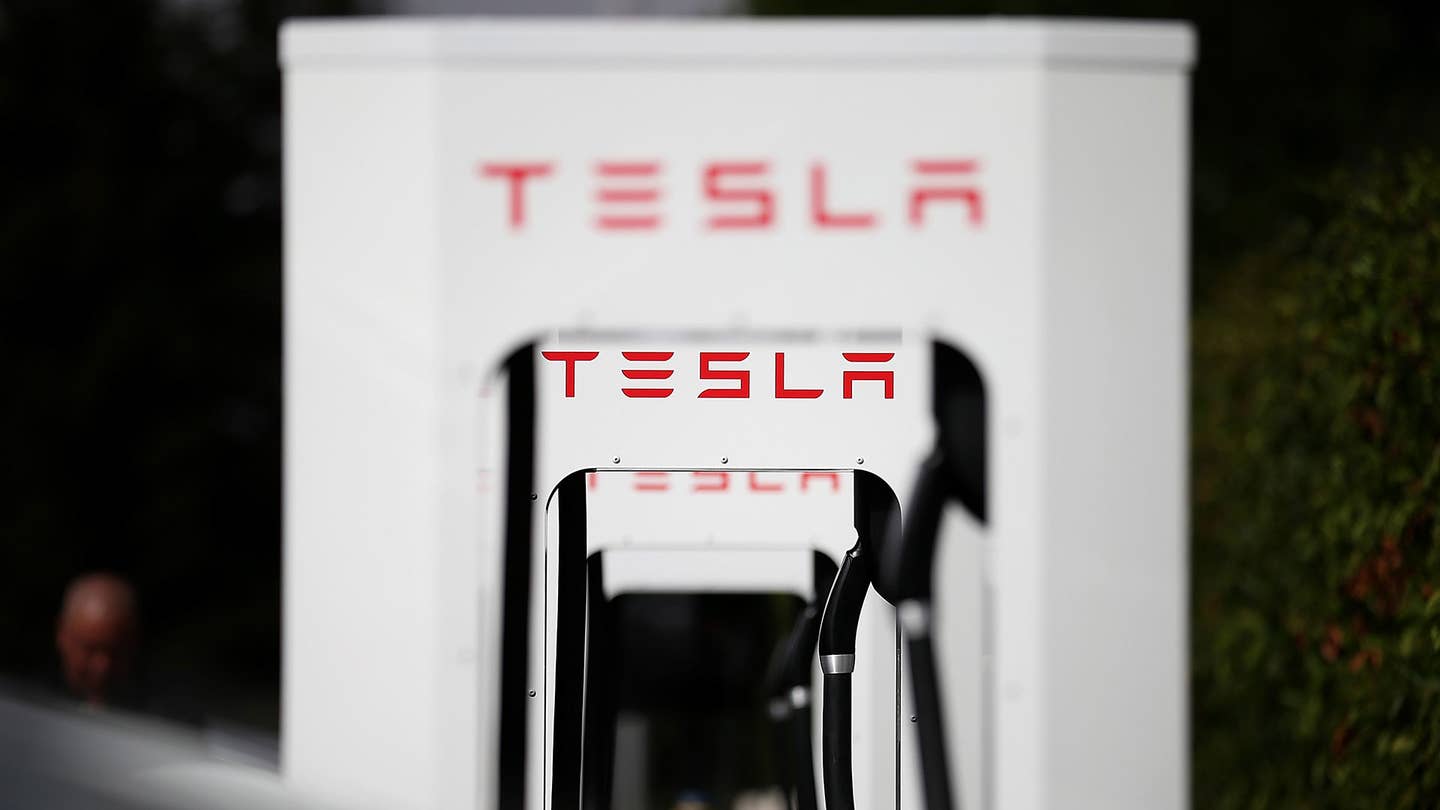 If you plunked down one of those refundable $1,000 deposits on a Tesla Model 3 specifically thinking you'd save money charging at the carmaker's network of free Supercharger stations...well, you might want to gently inquire as to how "refundable" that money really is. Because Elon Musk now claims that Model 3 owners may have to pay to take advantage of the Supercharger infrastructure.

The news comes from yesterday's annual Tesla shareholder conference in Mountain View, California, where Musk was asked by a young Model S owner about how the Supercharger network would stand up to the onslaught of thirsty Model 3s expected to begin rolling around in the next few years. Musk's reply was characteristically straightforward.

"Obviously, [Supercharging] fundamentally has a cost," Musk said, according to The Verge. "The obvious thing to do is decouple that from the cost of the Model 3. So it will still be very cheap, and far cheaper than gasoline, to drive long-distance with the Model 3, but it will not be free long distance for life unless you purchase that package."

"I wish we could," Musk went on, "but in order to achieve the economics, it has to be something like that."

Concerns about the nation's Supercharger network being able to handle the future have been mounting over the last few months, as hundreds of thousands of pre-orders for the Model 3 have piled up. If all goes according to plan, Tesla expects to have roughly one million vehicles on the road by 2020—but as of today, the company only has around 1,800 Supercharger plugs across the country. The company plans to continue building new Supercharger stations, but even if the carmaker can add 1,800 more high-speed chargers every year, that would only give it around 9,000 Superchargers by the end of 2020. Considering the majority of those million cars will presumably be Model 3s, it stands to reason that Tesla may have to ration out the Supercharger access for owners of the entry-level electric car.

Tesla, for what it's worth, has been quietly trying to walk back expectations about the Model 3's Supercharging capabilities. As we reported at the car's launch, Tesla initially stated the feature would be "standard"; today, the car's website simply lists "Supercharging" as one of its features, right next to "Autopilot Hardware."

And while we tend to think of Superchargers as being as free as the air we breathe, that isn't always the case. Owners of older Tesla Model S sedans with 60 kWh batteries have to pay $2,500 to enable Supercharging in their cars. We wouldn't be surprised to see a similar fee slapped on the Model 3...which would still make a lifetime of high-speed charging one hell of a deal.