The insects are coming, and they want our upholstery. 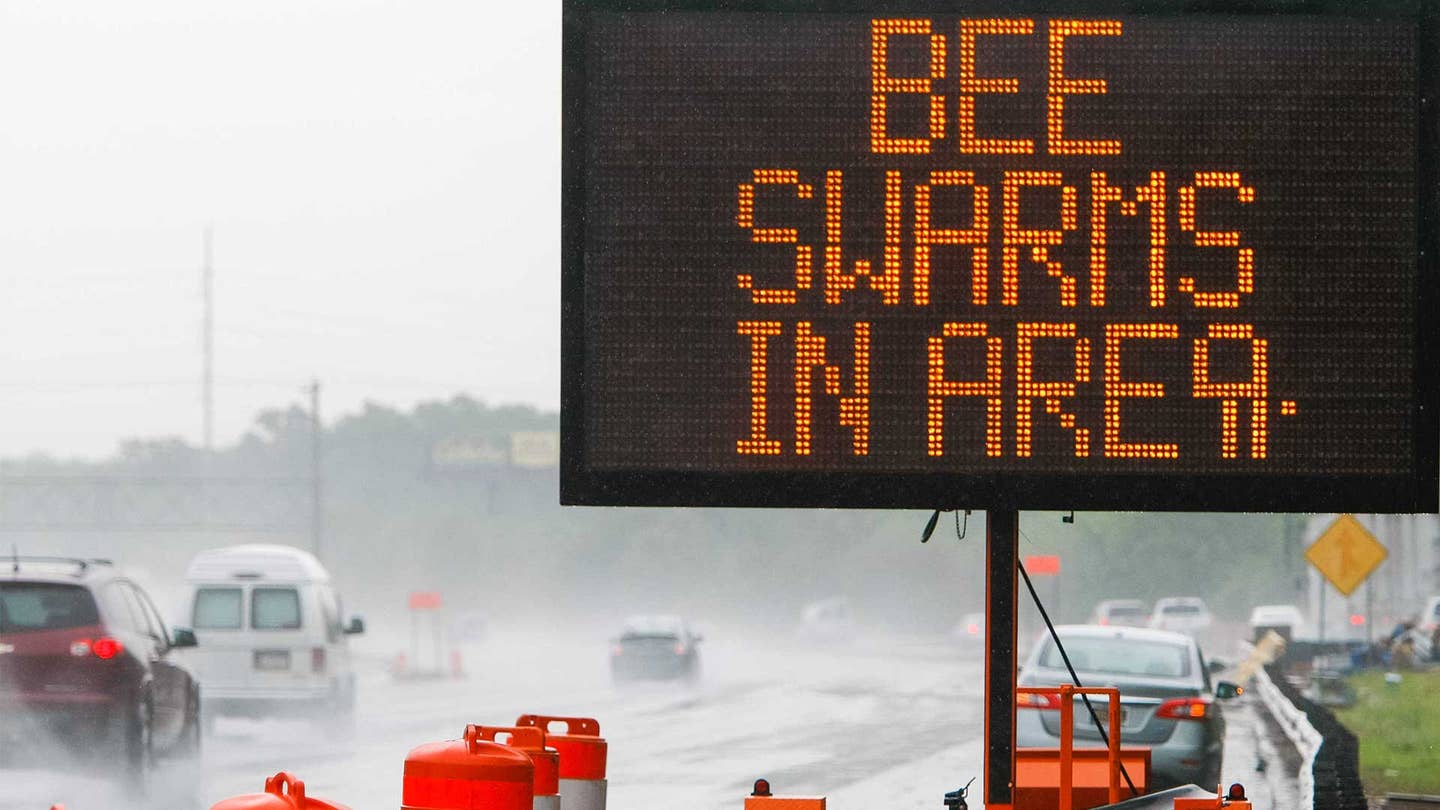 News that a British grandmother's car was mobbed by a swarm of more than 20,000 bees briefly set the internet abuzz earlier this week. After leaving a Welsh national park, Carol Hayworth, 65, found a swarm of 20,000 bees noisily adhered to the back of her Mitsubishi Outlander. A crew of beekeepers and animal control specialists safely lured the swarm away, only to find the next day that it had returned to the Mitsu; then, they were removed a second time, for good. (Almost more notable: someone purchased a Mistubishi Outlander.)

But that wasn't the first insect-auto incidence that has simultaneously delighted and horrified the world. From spiders to crickets, Mazdas to Mattels, here are five other great meetings of the arthropodic and the automotive. They say that after our inevitable nuclear apocalypse, all that will survive are Mercedes diesel sedans from the Eighties, and cockroaches. Consider this a taste of that future.

In 2011, Mazda issued a recall for 65,000 of its Mazda6 sedans. The reason wasn't, as you might expect, due to some faulty manufacturing, or flimsy hardware. Instead, the cars were recalled because their fuel lines were being blocked by the webs of tiny Yellow Sac Spiders, who found the 6's particular tube diameter pleasing. No fires were reported, and experts are still confused as to why the spider was so attracted to the lines in the Mazda6. Maybe they like a well-balanced chassis?

For the young sadist in your life: last year, Mattel released a $35 toy car powered by the frantic movements of trapped crickets. For ages six and up, the Bug Racer is a small, battery-powered car that the company claims serves as both human entertainment and a bug habitat. After placing up to six crickets in the car, motion sensors pick up their movement and translate it into forward motion. Crickets live only around a month, meaning children will either have to abandon the toy or move on to larger victims.

Last year, drivers of Interstate 35 in Oklahoma found themselves bee-deep in a particularly painful accident. A tractor trailer carrying crates of bees (note: why?) crashed, and many of the crates containing the bees overturned, releasing their captives. As the scene unfolded, the bees began to swarm police cruisers. Only one officer was stung before a local beekeeper was called in to shepherd the insects back to captivity. Freedom: as sweet as honey, but just as long-lasting.

Last year, a Long Island man set his car ablaze while trying to "kill bedbugs." Sitting the car, the man poured high-proof booze into the seat cushions as a kind of homemade pesticide. Unfortunately, he was also smoking, and a spark from his cigarette set the upholstery—and eventually the entire car—on fire. The driver escaped, but the two cars adjacent to the rental were also incinerated. We have an inkling that hooch was used for more than bug-killing purposes.

Driving at a brisk 85 mph towards Las Vegas in his Tesla Model S, autopilot engaged, Reddit user Redebo's driver console suddenly lit up red, telling him to take control of the wheel because his car's ability to drive itself had been greatly compromised. The cause? A hummingbird-sized moth covering the Tesla's electronic eye. Tesla has noted that all new Model S's have the radar equipment hidden behind the front fascia, greatly lessening the chances that a giant insect will cramp your autonomous style.