EgyptAir Jet Disappears Over Mediterranean With 66 People Aboard

No cause has been determined, but terrorism has not been ruled out. 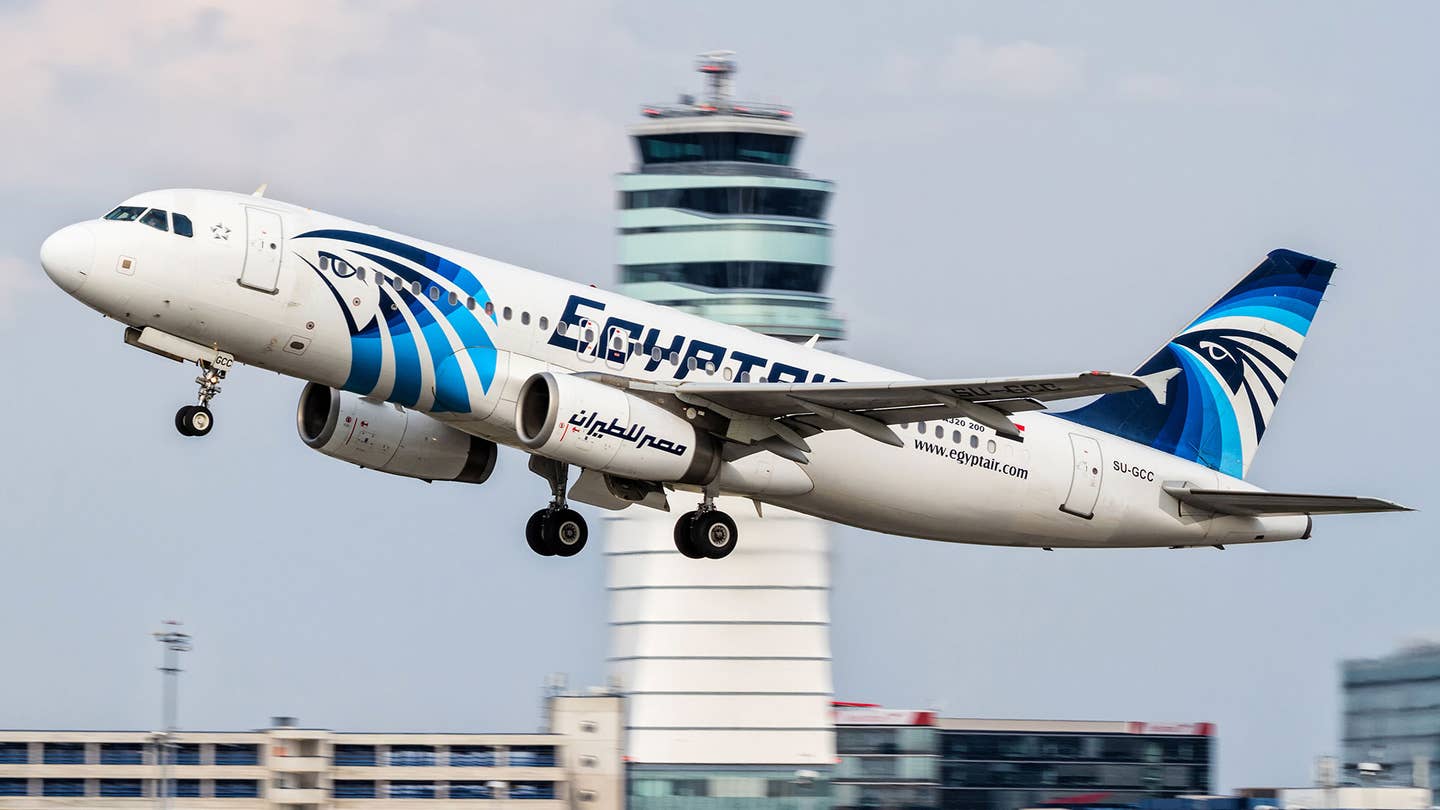 Update, May 20: Egyptian officials say their navy has found human remains, luggage, and pieces of the fuselage from the missing airplane approximately 180 miles off the coast of Alexandria.

An EgyptAir plane en route from Paris to Cairo with 66 passengers and crew disappeared over the eastern Mediterranean sea early Thursday morning, veering erratically and entering a steep dive before vanishing from radar between Greece and Egypt.

An international search for the missing plane is currently under way, with naval vessels and aircraft scouring the area where the plane is believed to have gone down. Greek television is claiming floating objects from the aircraft have been found approximately 230 miles from the island of Crete, but in an unusual twist, that debris may be from a different aircraft than the Airbus A320 that went missing.

The cause of the accident is not yet known, but an Egyptian aviation official stated that terrorism appeared a more likely reason than a technical issue, according to The Washington Post. Greek sources have informed The Guardian that they consider the possibility that the plane was taken down by a suicide bomber or hijacker to be "very real."

Greek air traffic control personnel described the plane's final known movements as a series of "sudden swerves" that occurred almost immediately after the Airbus transitioned from Greek to Egyptian airspace—a 90-degree turn to the east followed by a full 360-degree loop. The plane then rapidly descended from 37,000 feet to 15,000 feet before falling off radar scopes approximately 45 minutes before its scheduled arrival time in Cairo.

The 66 people on the aircraft included 56 passengers, seven crew members, and three security personnel. According to French authorities, it is standard practice for EgyptAir flights to have three security officers aboard a flight.

EgyptAir was most recently in the news for a rather sad hijacking back in March, when a 59-year-old man wearing a fake suicide vest forced one of the airline's planes to divert to Cyprus, possibly to see his ex-wife. No one was injured in that incident.

The Drive will update this post with further details as they become available.

Here’s a hint: Don’t sew your own parachute.