Also, people are more likely to accept surge pricing when their batteries are low. Coincidence? 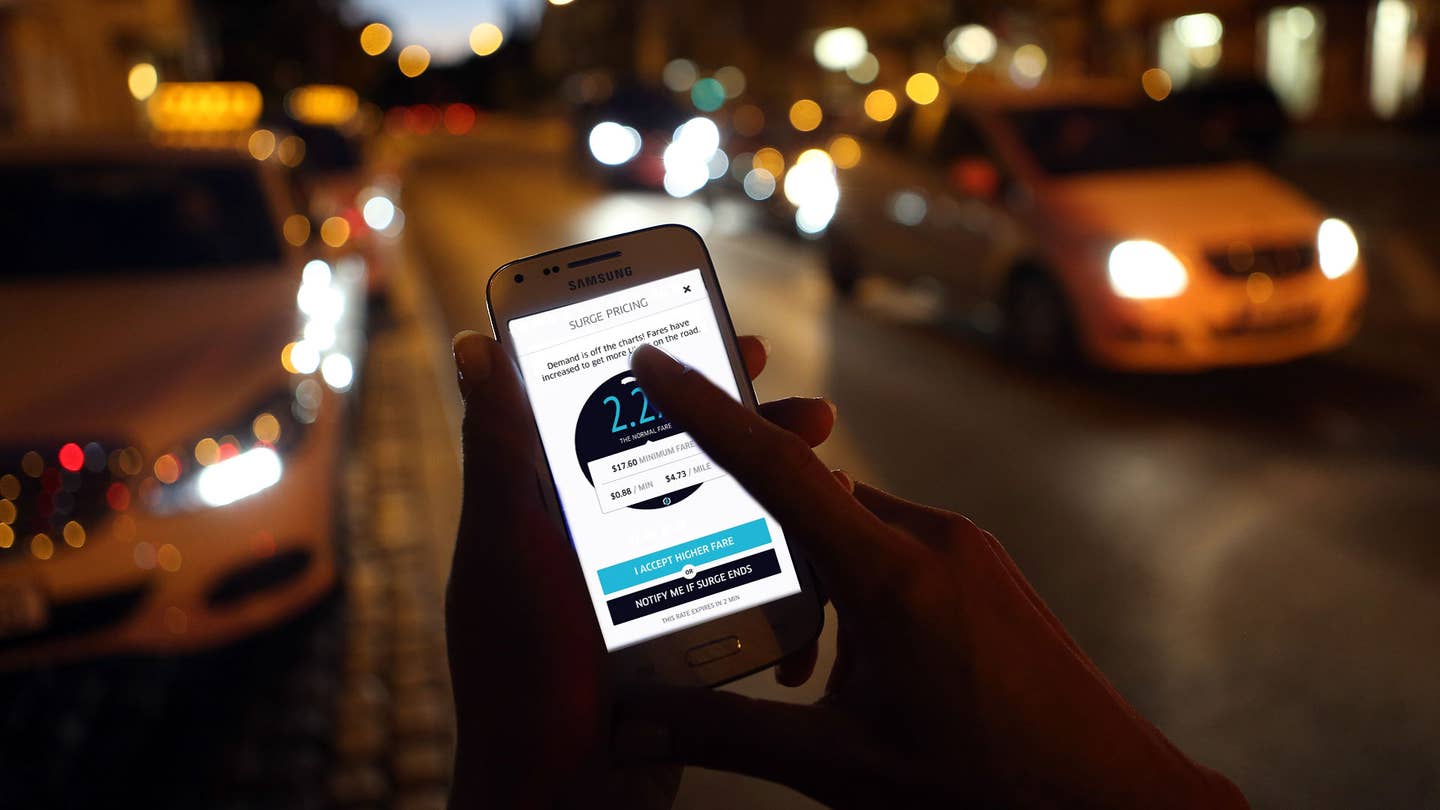 A reminder from NPR about just how much of your data Uber is privy to: the app can tell exactly how much battery your phone has left, for the purpose of knowing when to go into energy-conservation mode. That doesn't seem like important information—until you realize that Uber has a former Yale economist on staff to analyze purchasing patterns. Keith Chen is Uber's Head of Economic Research, and he's found that, as ever, we're not rational beasts. People are more likely to pay Uber's surge pricing (up to a staggering 9.9 times the regular fare) when their battery is low. But Chen says the company won't use that potentially lucrative information to set higher prices for users with a lot of red in their battery pictogram.

"We absolutely don't use that to kind of like push you a higher surge price, but it's an interesting kind of psychological fact of human behavior," Chen said. Despite knowing that battery life is one of the strongest predictors of whether or not a user will accept surge pricing—a dying phone keeps folks from being able to wait the 10 or 15 minutes necessary for the pricing to fall—Uber promises that it does not include that information in the highly complex algorithm that sets higher fares at busier times.

Depending on how aggressive you've been with your privacy settings—most people never toggle anything off—it's seems pretty safe to say that companies like Uber, Apple or Waze have more data on you than the NSA. In combination with Ph.D economists and behavioral psychologists, that information has the potential to be highly lucrative for them. At least, when Uber decides to change that user agreement that you never read before hitting "Accept."