Why Night on Earth Is A Must-Watch Movie For Gearheads

The 1991 film written and directed by Jim Jarmusch follows taxi drivers all over the world. 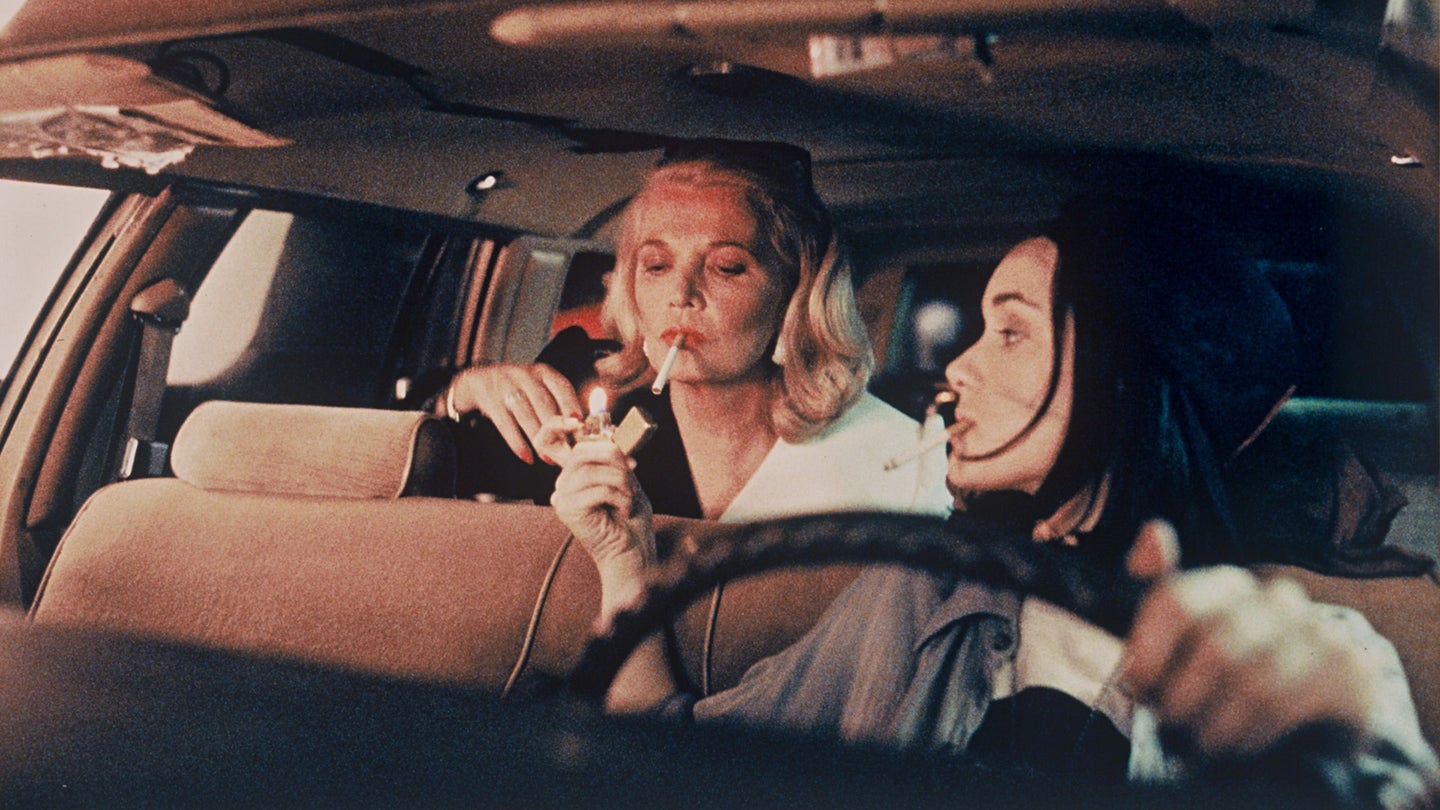 As the weekend comes to a close, may I recommend a hazy but heartwarming car-centered film? An ode to the meter-running, for-hire drivers around the world, Jim Jarmusch’s film Night on Earth is a gearhead classic—without the backfires and stunt jumps.

Five cities, five drivers, and five different taxi cabs: the film rests on the brief relationship that cabbies and rider build, a relationship that Jarmusch says always has no past and no future. Even with a stacked cast featuring Winona Ryder, Giancarlo Esposito, and Roberto Benigni, the real stars of the vignette film are the taxis.

In Los Angeles and New York City, the Chevrolet Caprice taxi was dominating city streets in sedan and wagon form at the time of the film’s release in 1991. Behind the wheel of her ‘85 Caprice Classic, LA cab driver Corky (Ryder) tells her passenger, played by Gena Rowlands, that “it’s a cool job.” With 87 cubic feet of trunk space, some grease on her face, and a continually tugging hand on the boat-sized Caprice steering wheel, I’d say she's right.

And so would Giancarlo Esposito, playing the character YoYo, after he commandeers an ‘87 Caprice sedan from his German-born, left foot braking cab driver. Making a run from Manhattan’s Madison Square Garden to Brooklyn, Esposito tries to show his cab driver, by the name of Helmut, what smooth driving looks like. With a 5.0-liter V8 and 250 lb-ft of torque, a toe on the gas is all you need, according to Esposito.

Jumping times zones into Paris, a 1980 Peugeot 504, with customized interior lighting, is only fitting. After booting a pair of rambunctious passengers, Isaach de Bankole speeds off into the night, one of the only emittances of tire noise in the entire movie. The exterior of the Peugeot leaves a lot to be desired, while the interior upholstery and lighting make up for its fading shell. It’s unclear what format this 504 appeared in, but the less than 100 horsepower machine still manages to careen into a fellow Parisian motorist.

In Rome, with Roberto Benigni behind the wheel of a 1976 Fiat 128, a wreck seemed imminent. In the dark of the night, Benigni is the least methodical driver of the bunch, abruptly slamming his 8-ball equipped gear lever down and leaning the mini Fiat with a bishop inside. I like to imagine Benigni sees each passenger as a rally stage, rushing from checkpoint to checkpoint. With a 1,600-pound curb weight and four gears, who can blame him?

Ever 20th century Volvo I’ve driven sags and, with four intoxicated Finnish men inside, Mika’s 1973 Volvo 144 taxi is no exception. In a snow-dusted Hellsinki, concentration is vital to Mika, the final cab driver played by Finnish actor Matti Pellonpää. If anyone is talking in his cab while he countersteers, it’s going to be him.

Each car in the film not only fits the criteria of respectively domestic-made but carries the weight of the scene and setting. A fog light and snow tire equipped Volvo is ready for just about everything like Mika is ready to calm his belligerent passengers.

The cars of the foreground, a pristine BMW 325is and a Jaguar XJ6 with oversized offset wheels, shine as well, giving a car enthusiasts insight into what, and who, is wheeling around. In fact, if you want a closer look at every car, the Internet Movie Car Database already went through the trouble for you.

To experience it all first hand, you can stream Night on Earth on Amazon Prime or HBO GO.