Audi Has Big RS3 News for the United States

Hotted-up AWD compact could be coming to America as soon as next year. 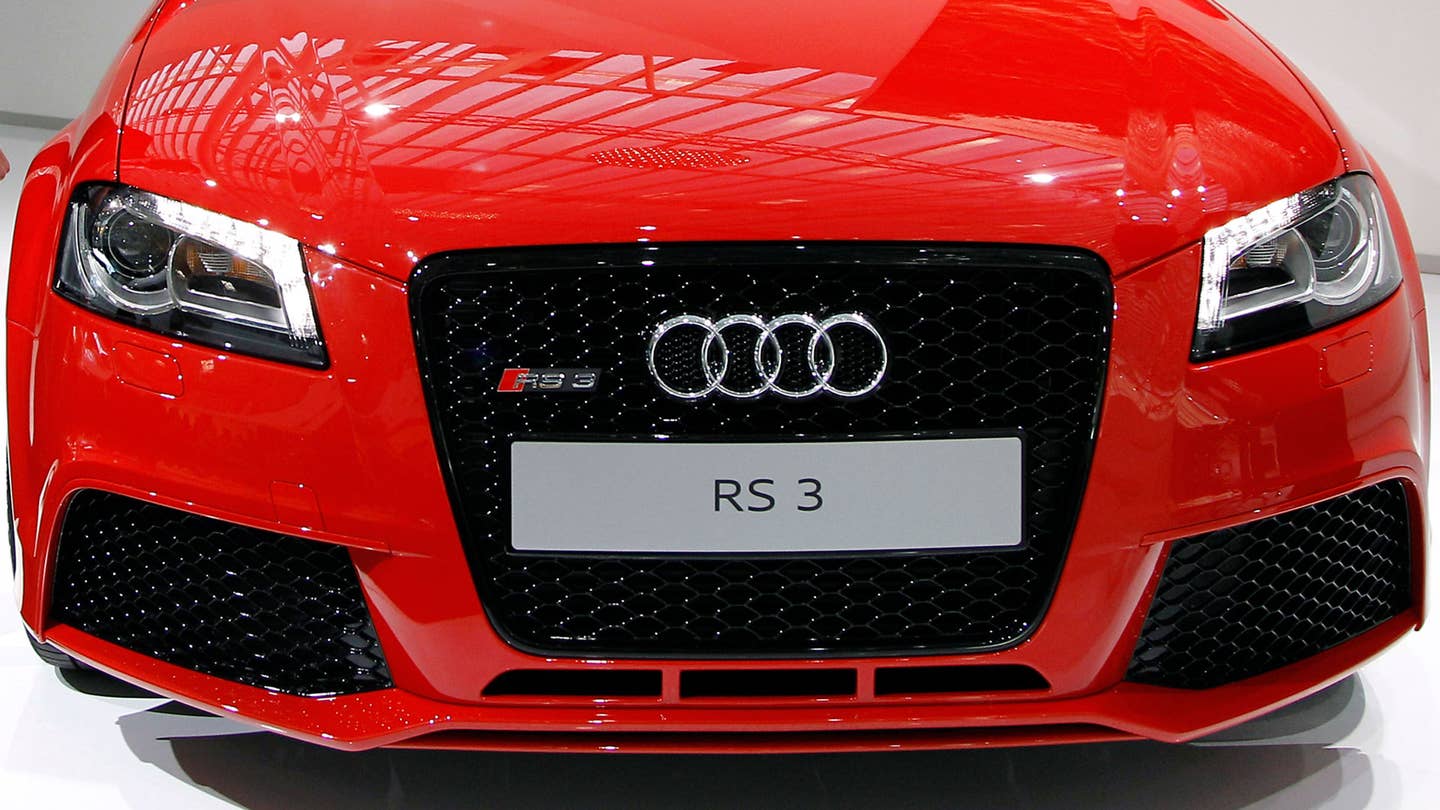 The Audi RS3 will be coming to the United States in the very near future, according to a piping-hot new rumor. But if you're expecting to see the same RS3 hatchback currently on sale in other markets on the floors of American Audi showrooms, well, don't. Our version of the RS3 will be a fair bit different.

According to a report from Car and Driver, Audi will drop a U.S.-market RS3 sedan in 2017, right in time for the 2018 model year. Reportedly beneath its hood will be an all-new, turbocharged 2.5-liter inline-five that shares very little with the turbo five found in the current RS3 hatchback. The new engine, which will likely be shared with the next TT RS, will supposedly make around 400 horsepower. That would be enough to give it bragging rights over the facelifted Mercedes-AMG CLA45 and the BMW M2, which make 375 and 365 horsepower, respectively.

Like the current verboten-for-Yankees model, the 2018 RS3 sedan will use a seven-speed dual-clutch gearbox. Combine that with the standard quattro all-wheel-drive and the pint-sized powerhouse should blast from 0–60 in about four seconds flat.

The 2018 Audi RS3 sedan is also expected to be outfitted with all the stylistic updates and technological frippery of the just-updated A3 and S3. Plan on seeing Audi's super-cool Virtual Cockpit as an option, at least (though we wouldn't be shocked if it were standard), as well as a front fascia even more angular than the current RS3 hatchback.

The gears have been in motion to bring the RS3 to the United States for a while now. Audi of America CEO Scott Keogh told Automotive News almost exactly one year ago that the car would be sold in the U.S., but he didn't provide a sense of the timeline. If this latest rumor turns out to be true, we might be able to lay our mitts on the tiny sport sedan just one more year from today.