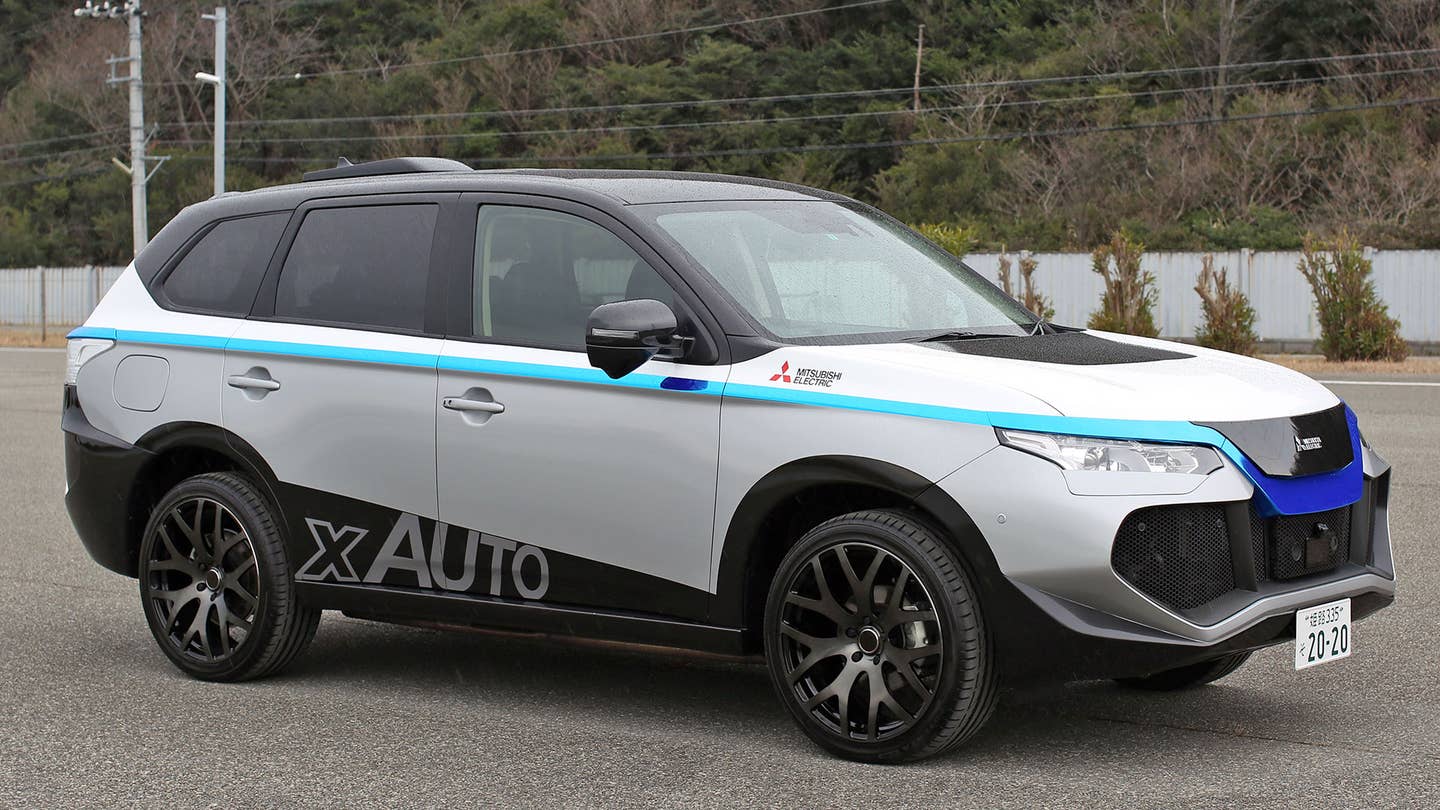 Mitsubishi Electric Corporation (MEC) – a commercial Hydra that is itself just one of the many appendages of the Mitsubishi Group – is a primary defense contractor for the Japanese Defense Force. Products like its AAM-5B short-range air-to-air missile, Type 10 main battle tank, and Soryu-class attack submarine utilize the same kinds of radar, sonar, and sensors that modern cars use for assisted driving systems such as autonomous braking. With that kind of expertise in-house, it’s only natural for MEC to begin supplying assisted driving systems derived from its military-grade tech to other automakers

The DEF-CON technology is undoubtedly cool, but what’s confounding is that in 2001 the same division published a paper on a millimeter-wave radar system for cars. For more than 15 years the Japanese conglomerate has had easy access to the kinds of radar used for features like obstacle detection and automatic braking, finally introducing forward collision mitigation, adaptive cruise control, and lane departure warning to its own vehicles in 2012.

That’s a missed opportunity, with the market for collective automated safety features posting double-digit annual growth and said to be worth over $18 billion for OEM suppliers by 2021. Automakers having recently agreed to include emergency braking in all cars by 2022, that estimate could be low. Some analysts predict the market for sensors alone could be worth $11 billion that same year. Mitsubishi expects to have cars with its components on the road by 2020, senior engineer Katsumi Adachi telling Bloomberg that “All we have to do is to put together the components that we already have.”

Another facet of MEC’s exclusive capabilities is the quasi-zenith satellite system, commissioned by the Japanese government and predicted to be fully operational by 2018. Available only in Japan, it will augment the traditional GPS satellites with more precise information and expand coverage in the country’s urban canyons. In 2017 MEC will provide modules for lane-keeping and autonomous braking, the following year it envisions providing automatic parking systems. If the automatic cruise control in a 2018 Outlander doesn’t use a flip-up cover and missile toggle switch, we’ll very disappointed.