This Video of a Ship Crashing into San Diego Is Insane

Panic ensues when a whale-watching boat can’t stop in time. 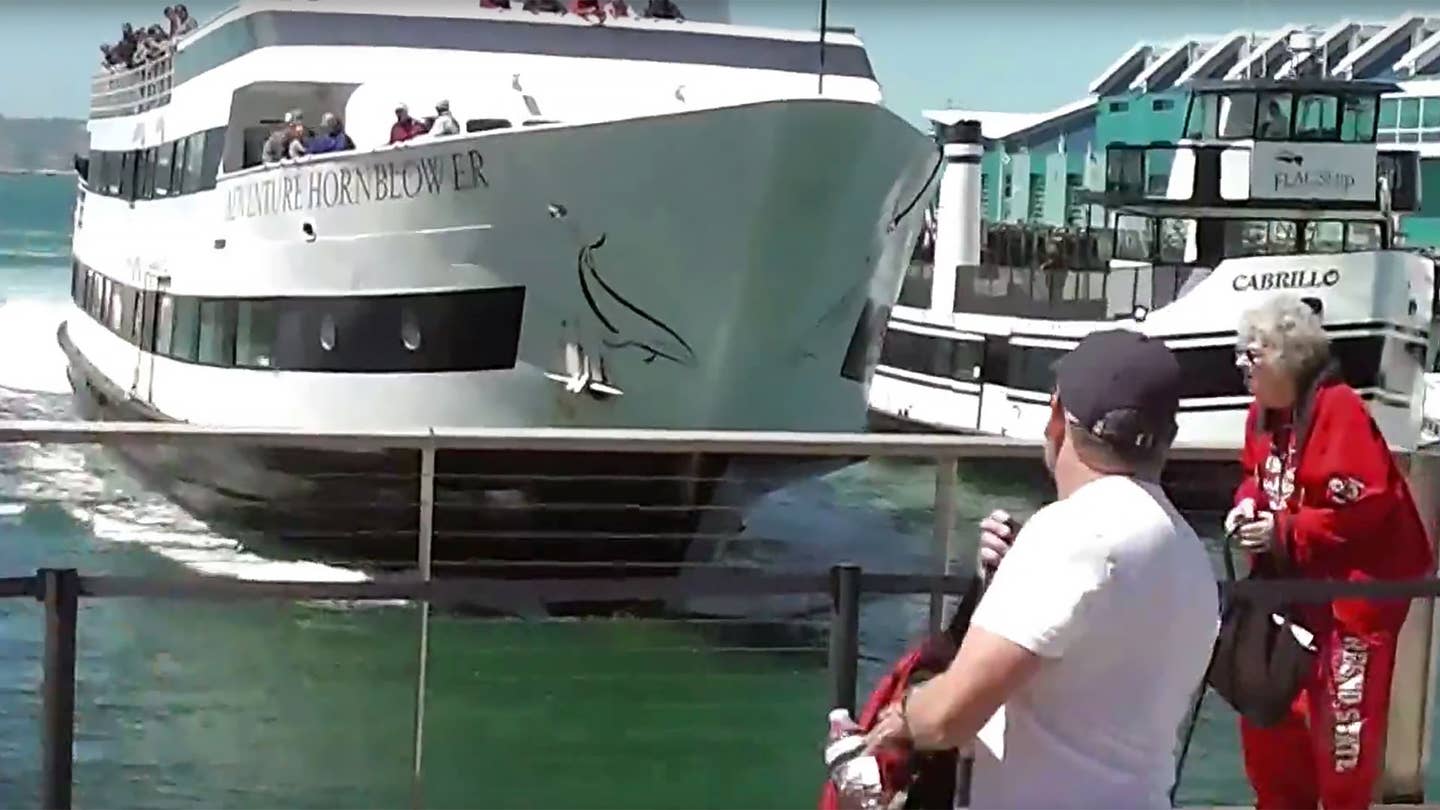 Tourists on San Diego's Embarcadero were forced to live out the conclusion of one of America's least-favorite Sandra Bullock movies on March 31, when a whale-watching ship rammed straight into a dock hard enough to bury the bow several feet deep. Luckily for both the Coast Guard officials investigating the accident and for those of us seeking a fleeting moment of slightly morbid entertainment, the entire event was captured on video by a bystander who was right in the ship's path.

The clip is only 49 seconds, but it's long enough to capture all the key moments of the crash: as the ship's horn blasts out a warning, the gathered crowd awaiting the next voyage quickly realizes that the boat bearing down on them isn't going to stop in time, and they hustle out of the way with extreme expediency. (There's even a little old lady struggling to hustle out of the way, for dramatic flavor.) The camera person, to his or her credit, manages to hold frame right through the moment the boat plows into the dock, only jerking away for a brief moment at the instant of impact. Totally understandable—we'd have dropped the phone and hauled ass for North Park well before that.

Seven people on board suffered injuries, none of which are believed to be life-threatening. But hey, it could have been worse. The last time a ship plowed into a San Diego pier like that, a Tyrannosaurus rex climbed off.