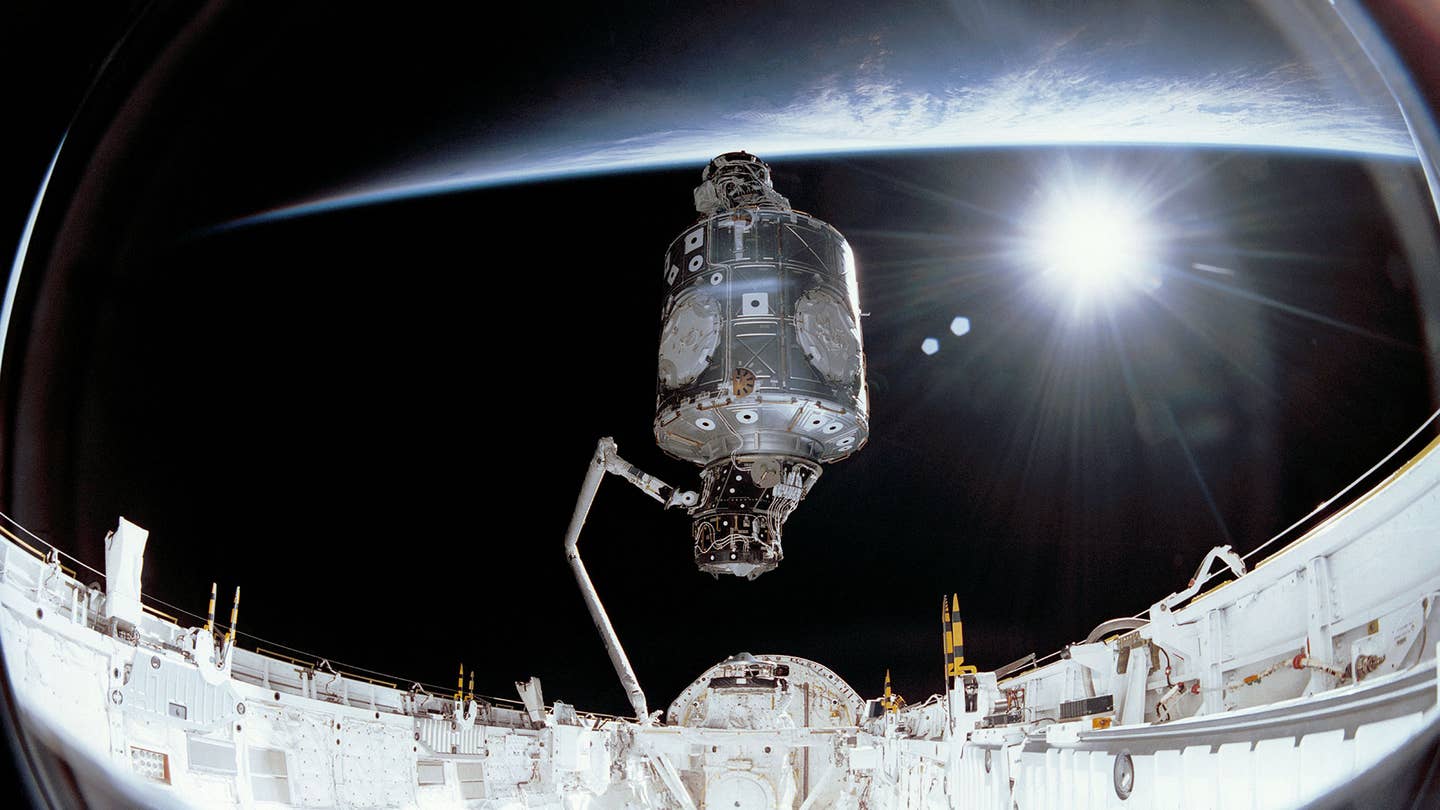 The cargo-packed spacecraft due to launch from Cape Canaveral on March 22 is critical, and not only because NASA plans on lighting it on fire (for science!) after it disgorges its contents onto the International Space Station. Among the supplies going into orbit is a small device, one that represents a giant leap for mankind's space exploration efforts: It's a new 3-D printer, created by California-based Made In Space.

Now, that might not seem like a big deal at first blush. After all, 3-D printing has long since graduated from bleeding-edge manufacturing to borderline gimmick, at least for those of us here on Earth. You can walk into a Staples and have an action figure of yourself printed up in minutes these days—and anything you can do in Staples is, by definition, no longer cool. Besides, the station has had a 3-D printer on board since 2014, when Made In Space sent up an early version. It's not even a novel feature in low Earth orbit.

But here's the sticky wicket: Made In Space's new 3-D printer can produce aerospace-grade hardware. As in, the bits and pieces the ISS is made out from. Which means this printer can be used to safely create replacement parts for the space station, instead of jerry-rigging fixes à la Apollo 13 or waiting for replacement parts to be launched at enormous expense.

It gets better. Since raw materials can be packaged more easily (and don't require reinforcement to cope with the multi-g forces of a rocket launch, like fragile parts do), they wind up being cheaper to send into space on a pound-for-pound basis than old-fashioned parts. And because the items will be made in orbit, they won't need to be restricted by the dimensions of a spacecraft's cargo compartments.

“With an onboard printer, you can build things you could never deliver—like an antenna the length of a football field that supplies broadband Internet to the whole world,” Spencer Pitman, head of product strategy for Made In Space, tells WIRED.

NASA has always been open to testing items in space, but being able to whip them up in space means that's no longer as prohibitively expensive—though, at a reported cost of $6,000 to $30,000 per printed item, it's still not exactly cheap. Access to the new printer will also be (virtually) available to individuals and businesses, should they be interested in testing how productions function in the ISS's near-zero-g environment.

The most exciting development, though, is what the advances in space-based 3-D printing could mean for the future of manned space travel. With astronauts weeks or months away from the home planet, shipping items there in a hurry would be basically impossible. Having the ability to create parts and tools without Earth-based resupply would be vital in any mission to Mars or an asteroid.

“Whether you’re on Mars or the ISS, you don’t want to have to wait for something to be sent to you,” says NASA spokesperson Tracy McMahon. “The more you’re able to build where you are, the better off you’ll be.”

Made In Space co-founder Jason Dunn puts it more poetically: “Space exploration is a lot like a camping trip—if something goes wrong or there’s an emergency, you’ve got to go home to fix it. 3-D printing will allow independence from Earth.”